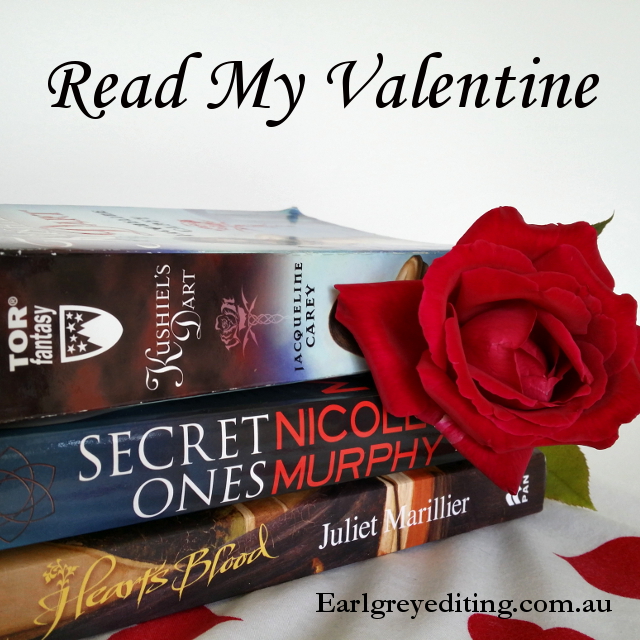 During February I ran Read My Valentine, which was basically my excuse to read and review as many romance novels as I could manage. I’m pleased to say that I managed quite a lot:

The Duchess War by Courtney Milan.
Kings Rising by C.S. Pacat. Reviewed here.
Take Me As I Am by Charmaine Ross.
Chasing Death Metal Dreams by Kaje Harper.
Captive: A Graced Novella by Amanda Pillar. Reviewed here.
Rag and Bone by KJ Charles. Reviewed here.
Susanna and the Spy by Anna Elliott.
The Lord and the Mermaid by Bernadette Rowley.

Altogether, that works out to be about two a week. It also put a bit of a dent in Mt TBR–and that’s not even including the non-romance I read this month! I’ll discuss the books in a little more detail for Friday’s Mt TBR report. However, I was fairly pleased with the range of romance I read: some m/f, some m/m, some Regency, some contemporary, some fantasy.

I also ran a couple of posts on the blog in conjunction with the challenge. In the first, I suggested some speculative fiction gateways into romance. In the second, I asked a few friends for their suggestions.

Overall, I had a lot of fun with the challenge and I think it’s something I’d like to do again next year.

2 thoughts on “Read My Valentine wrap-up”