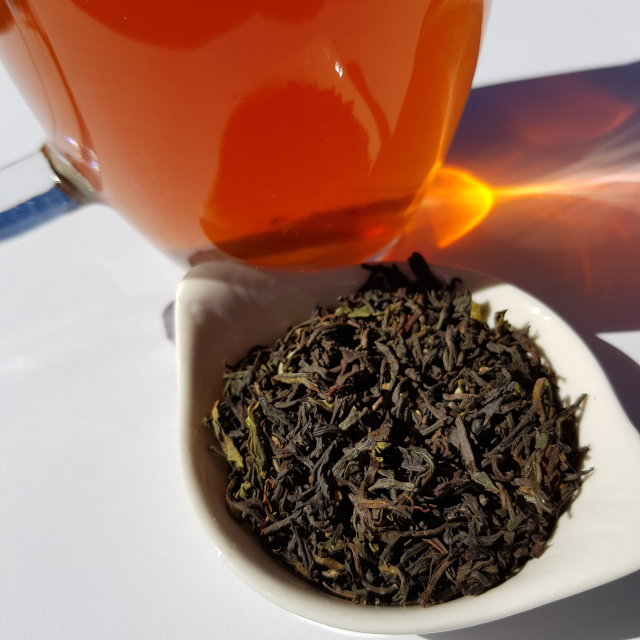 Loose-leaf Links is a feature where I gather together the interesting bits and pieces on sci-fi, fantasy and romance I’ve come across and share them with you over tea. Today’s tea is Afternoon Tea from Lupicia. Despite the colour, it doesn’t taste strongly of tannin, thanks to the blend of Darjeeling and Assam. It is delightful to drink at any time of day.

Entries for the 2019 Norma K. Hemming Awards are now open. The Normas are an Australian honour recognising excellence in the exploration of themes of race, gender, sexuality, class or disability in a published speculative fiction work.

The British Science Fiction Association are taking nominations from members for next year’s awards.

The Science Fiction and Fantasy Writers of America have made some changes to the rules for the Nebula Awards. Associate members are now eligible to vote and a game writing category has been added.

And the Self Published Fantasy Blog-Off is entering its final stages, with judges in the process of scoring the finalists.

WorldCon 77 has a call out for academic papers and posters until 22 February. The convention will take place in Dublin next year.

Silvia Moreno-Garcia has been less than impressed with the very white line-up of guests for World Fantasy Con 2019.

Over at Book Riot, Rah Froemming-Carter recommends some trans SFF for Transgender Day of Remembrance.

Lackington’s will be open for submissions from 15 December and are looking for stories 1.5-5K on the theme of Voyages.

Glittercats Fine Amusements are looking for expansion pitches for their Laser Kittens RPG.

Don’t forget to check out SFWA’s market report for November for further opportunities.

Diana M. Pho discusses what writing fanfic taught her as an editor.

Over on the SFWA blog, KJ Kabza highlights four mistakes not to make when a publisher approaches youand Tobias Buckell ponders on when to trunk a story.

Cameron Johnson talks about the use of swords in fantasy as part of a guest post for The Fantasy Inn.

Stephanie Burgis has announced there will be a third book in her middle grade series Tales from the Chocolate Heart. Called The Princess Who Flew with Dragons, it is expected out mid 2019.

Entangled Publishing have launched a new category romance imprint focused on heroines in their 30s and 40s.

Book Riot have had some great posts recently. Abby Hargreaves discusses reading while chronically ill. Simone Jung has some suggestions on how to ease into reading really big books. And in this difficult year, Laura Diaz de Arce has thrown out “should reads” in favour of stress binge-reading romance.

The reviewers at Tor.com share their favourite SFF books of 2018, as do their counterparts at Barnes and Noble.

And readers can get a look at what’s coming out from Tor.com in early 2019.