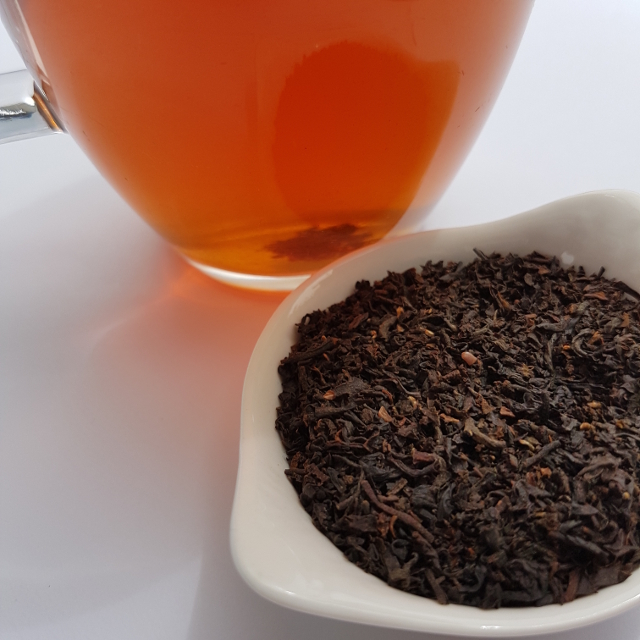 Loose-leaf Links is a feature where I gather together the interesting bits and pieces on sci-fi, fantasy and romance I’ve come across and share them with you over tea. Today’s tea is Earl Grey from Madura Tea. It’s a stronger tea but balanced nicely with the fragrant bergamot.

The preliminary ballot for the Ditmar Awards has been released. I’m honoured to be nominated for Best Fan Writer and Best Fan Publication in Any Medium. Thank you to everyone who nominated me!

I’ve also been working hard for the Skiffy and Fanty Show. My first interview for them is now available. Cody Sisco joins me to talk about alternate history, mental illness and his Resonant Earth series.

Last week I interviewed Marlee Jane Ward, the sole candidate for the Down Under Fan Fund. DUFF is now open for voting, so go and vote to send her to WorldCon!

As I mentioned above, the Ditmar shortlists are available. Congratulations to all the nominees! This means that voting is open to anyone who is attending Swancon 43 or who attended Continuum 13. The deadline for voting is 18 March.

Awards season is in full swing with shortlists also being released for the Aurealis Awards, the Sir Julius Vogel Awards and the Nebula Awards. File 770 has a round-up of where you can read the Nebula finalists online.

Nominations are also open for the Nommo Awards. These awards are for works of speculative fiction published by African authors anywhere in the world. The deadline is 31 March.

A reminder that nominations for the Australian Shadows Awards close at the end of the month.

After a long wait, the 2017 Hugo Awards ceremony is finally available to watch on YouTube. Due to technical difficulties, it is missing the first 15 minutes and the first category (Best Fan Artist).

Christina of Books and Tea is running a series of interviews with members of the Canadian spec-fic publishing industry. This week she spoke to Anathema Magazine about their crowdfunding campaign and the sorts of stories they’re looking for from writers.

Less strictly about SFF, friend of the blog Renay from Lady Business is raising funds to attend Camp Wellstone. The program is designed to develop political skills that attendees can then bring back to their local community. This has been a dream of Renay’s for a long time and it would be amazing to see her attend.

After being pre-emptively banned from WorldCon 76, Jon Del Arroz has threatened to sue.

Penguin Young Readers has announced a new imprint that will publish diverse books for children and young adult readers.

Rachel Cordasco has joined the Skiffy and Fanty team and has just aired the first episode of a new segment on SFF in translation. If you’re looking to get across what is coming out from publishers big and small, you’ll definitely want to check this out.

Natalie Luhrs has released her annual look at representation on the Locus Recommended Reading List. She mentions aiming to do a breakdown of non-US representation in the future, which I’m keen to see.

Tired of sexual violence against women in your SFF? Jenn Northington has some recommendations at Book Riot.

Over at Tor.com, Liz Bourke is looking for SFF novels on pregnancy and childrearing (I’d recommend Corpselight by Angela Slatter).

Lynn O’Connacht provides some Own Voices criticism of the perception of asexuality in Seanan McGuire’s Every Heart A Doorway, then follows it up with four of her favourite books featuring asexual characters.

A reminder that Uncanny Magazine is open for submissions for their shared universe dinosaur issue from 1-15 March.

Capricious is also taking submissions until the end of the month. Word count 3-5K.

Kameron Hurley discusses her income for 2017.

Tor.com have announced there will be another five books in Seanan McGuire’s Wayward Children series. The next book, titled In an Absent Dream, is due out in January 2019.

Uncanny Magazine have revealed their top five stories from 2017, as voted by their readers. Nebula nominators seem to agree.

The Table of Contents for Ellen Datlow’s Best Horror of the Year is now out.

Charles Payseur of Quick Sip Reviews has a new monthly column on short SFF for the Book Smugglers: X Marks the Story.

Matt Grant has some tips on how to read faster.

And lastly, Laura Sackton has 3 Bullet Journal spreads that have improved her reading life.