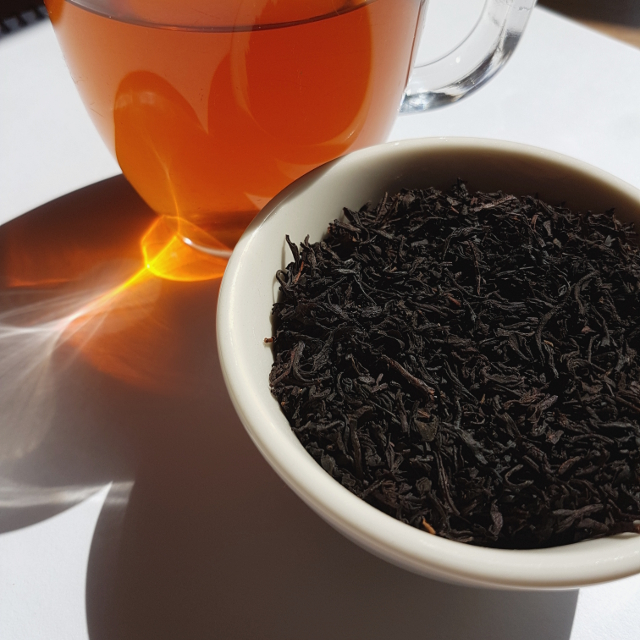 Loose-leaf Links is a feature where I gather together the interesting bits and pieces on sci-fi and fantasy I’ve come across and share them with you over tea. Today’s tea is Café Latte from Adore Tea. This is one of my new favourite teas, with a strong caramel flavour. It has also been very popular with guests!

I wasn’t a big fan of Amanda Bouchet’s A Promise of Fire. Amanda Diehl offers a very different take in her Book Riot post Female Rage and Romance.

The winners of the 2016 World Fantasy Awards were recently announced. Particular congratulations go to New Zealander Anna Smaill for winning Best Novel with The Chimes.

The semi-final round of the Goodreads Choice Awards is currently open for voting. Renay touches very briefly on the flaws with this award in her segment of the Lady Business column Sidetracks. If there’s an article on this somewhere, please let me know!

The 2016 Convenor’s Award for Excellence is open for submission until the end of the year. It is awarded to speculative-fiction-related works that are not otherwise covered by the Aurealis Awards.

Continuum 13 will take place in Melbourne on 9-12 June. The theme is Triskaidekaphilia and co-ordinators are currently taking programming suggestions.

File 770 has some links on the handling of harrassment at World Fantasy Con.

Ambelin Kwaymullina has a guest post on ethics, process and own voices.

Over on Tor.com, Kai Ashante Wilson discusses his experiences as a PoC writing dialect and touches on dialect hierarchy.

Thanks to Alis Franklin for pointing me to this introduction to the Vito Russo test. In a similar fashion to the Bechdel test, it seeks to apply some basic standards to depictions of LGBT characters.

In How to Suppress Women’s Criticism, Carmen Maria Machado has some very pertinent things to say about Neil Gaiman’s unintentionally ironic erasure of Joanna Russ.

If you’re looking to bring more diversity to your reading you might try A.C. Wise’s list of Non-Binary SFF Authors, Catherine Lundoff’s list of older women in SFF, or Geoff Ryman’s column on 100 African Writers of SFF. All of these lists have multiple parts, so be sure to fall down the rabbit hole of links.

National Novel Writing Month is well and truly underway. As participants strive to write 50 000 words in 30 days, Mary Robinette Kowal looks at terrible writing advice–such as you must write every day.

In a similar vein, the Story Hospital discusses adapting NaNoWriMo to accommodate disabilities and limitations.

Alis Franklin breaks down Baldur Bjarnason’s article on applying the economic theory of a lemon industry to publishing.

Another great article that came to me via Alis (really, you should just go and subscribe to her blog): New Zealand editor Stephen Stratford discusses his experiences as an editor.

Marie Brennan talks about how your role-playing game can inspire your novel. Her discussion on plot resonated strongly with my experiences.

John Scalzi discusses obsolescence in sci-fi and particularly his book Old Man’s War in the wake of the Chicago Cubs winning the baseball World Series.

Looking for book-based podcasts? Kate Scott has you covered over at Book Riot.

Speaking of which, if you’ve read any great short SFF since 1 October, share it with the lovely people at Lady Business!

This is a bit late, but Brian J. White discusses some of the financial struggles Fireside Fiction is facing.