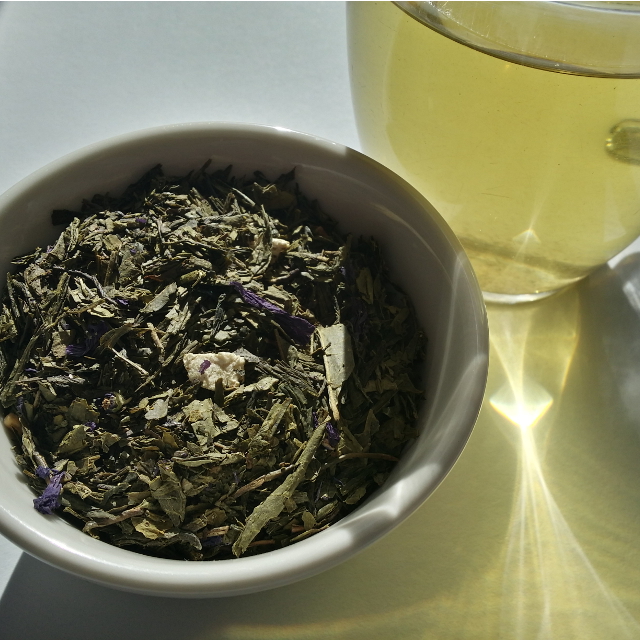 Loose-leaf Links is a feature where I gather together the interesting bits and pieces on sci-fi and fantasy I’ve come across and share them with you over tea. Today’s tea is the Tea Centre’s Pomegranate & Blood Orange. It’s a nicely fruity tea that doesn’t overwhelm. Plus, I love any blend that has orange peel.

The shortlists for the 2016 Mythopoeic Awards have been released and look fantastic.

The shortlists for the British Fantasy Awards have also been released. Congratulations to Alisa Krasnostein and Alexandra Pierce for the nomination of Letters to Tiptree in the Best Non-fiction category.

While not strictly awards news, votes are now being taken on the location of the 2018 Worldcon. If you are a member (or supporting member) of this year’s Worldcon, don’t forget to vote.

During her Guest of Honour speech at WisCon 40, Nalo Hopkinson announced the creation of the Lemonade Award to celebrate acts of kindness in the SFF community. Donations to the award are currently being accepted.

I’m a bit late to the party on this one, but N.K. Jemisin refutes the “Damned If You Do, Damned If You Don’t” argument as it applies to racism and bigotry in literature.

K. Tempest Bradford has some thoughts on WisCon and how creating a safe space for PoC makes the convention better for everyone. She does not mince words.

Tor.com have published a new essay from Kameron Hurley’s forthcoming book The Geek Feminist. This particular essay looks at Joanna Russ’ arguments from How to Suppress Women’s Writing and updates them with current examples.

Now that SF Signal is shutting down, Catherine Lundoff is republishing her posts on LiveJournal. She has started with this article on LGBT science fiction and fantasy written before 1970.

Over at the Book Smugglers, Carlie St. George takes a look at waving away disability and chronic illness in fiction.

Jim C. Hines discusses the problems with Inkitt’s publishing contest and strongly warns writers to steer clear. Rachel Sharp has chimed in with some of the Twitter accounts the company has been using to spam writers.

Over at Fantasy Cafe, Janny Wurts rails against the current trend towards grimdark fiction and cynical outlooks.

Gin Jenny from Reading the End has a guest post at Lady Business that gives a fantastic taxonomy of unreliable narrators.

N.K Jemisin has started a Patreon account (and was astonished by the support, which will allow her to pursue full-time writing).

Fantasy Faction has done likewise and has some ambitious goals.

And to close out on a positive note, Jim C. Hines has started a new feature he calls SF/F Being Awesome which highlights acts of charity organised by SFF communities.