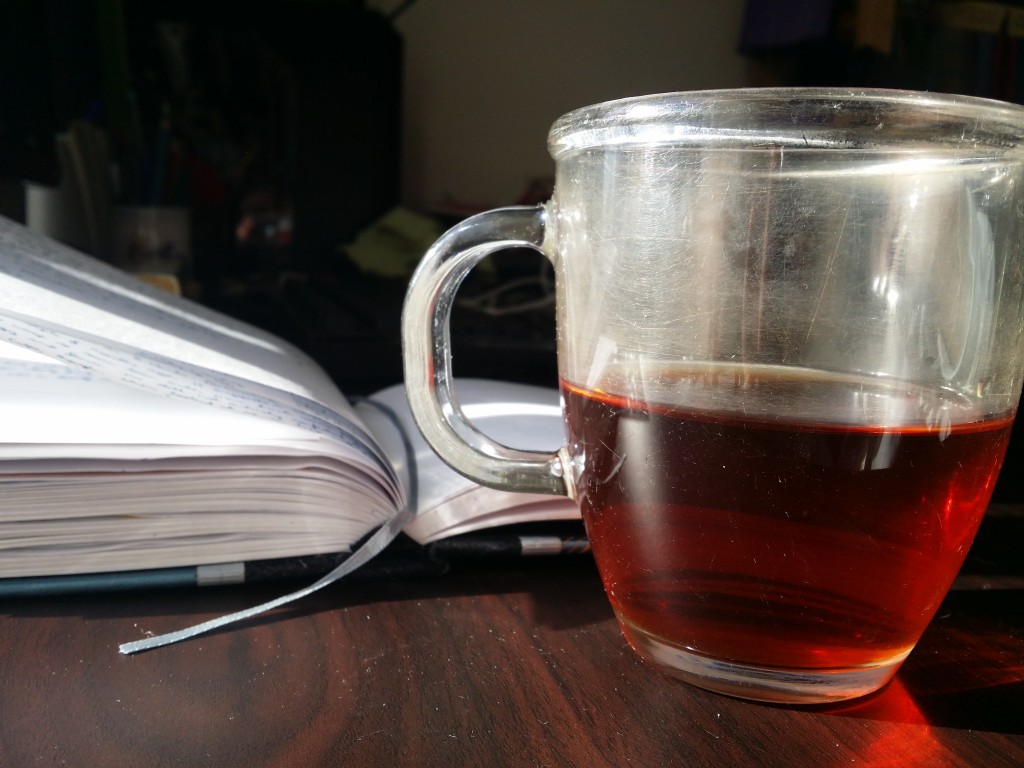 I’m generally a glass half full kind of person. The year might be half over already, but I find myself looking ahead with excitement. There’s a lot to look forward to. The first anniversary of this blog is coming up in August. I have some exciting guest posts lined up as part of the Brewing Community series (the talented Stephanie Gunn will be joining me on Friday to get that started). Conflux 11 will be happening in October. And my birthday is coming up–which will hopefully mean more books and tea!

However, looking ahead doesn’t preclude also noting where I am and savouring what has been.

At the beginning of the year, I signed up for two year-long reading challenges. The first of these was the ubiquitous Goodreads reading challenge. I committed to reading 52 books–a fairly low bar. Here’s how I’m doing: 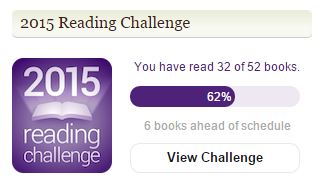 So far, so good! I look set to exceed the target, though not by as much as I’d hoped.

The second challenge I signed up for was the 2015 Australian Women Writers Challenge. I signed up for the Miles level, which was to read at least six books and review four. I have managed to read and review seven books so far, so I have definitely met this challenge. I’ll be continuing to monitor it so that I can get a feel for what might constitute a more difficult challenge for next year.

Quantity is one thing, but what about quality? My favourite books of the year so far, in no particular order:

Saga by Brian K. Vaughan and Fiona Staples. Okay, so this is a graphic novel series rather than a single book, but I’m counting it as one anyway. What’s not to love about science fantasy space opera? I adore the characters and every single volume makes me laugh. The last one wobbled a little for me, but I’m looking forward to seeing where it goes.

Kaleidoscope edited by Alisa Krasnostein and Julia Rios. This anthology of young adult speculative fiction features stories with a diverse array of protagonists. There were a few stories that didn’t appeal to me much, but on the whole I think it has deserved all the awards it has won.

Unbound and Free by Becca Lusher. I might be a little bit biased here, but Becca really does write some amazing stuff. Considered historical fantasy, Unbound and Free leans more towards fantasy than history–which suits me fine. Demero is a sweet boy and I really enjoyed reading about how he came to become one of the immortal Aekhartain. I’m reminded that I’ve left the next book in the series, Dark Rebel, languishing on Mt TBR for entirely too long.

Graced by Amanda Pillar. On the surface, this looked like clear-cut paranormal romance but turned into something entirely unexpected and lovely. There were some nice worldbuilding elements and a diversity of characters that I hope gets built on further in a sequel. It’s not without its problems but I appreciated the way it added some depth to the sub-genre.

The Magpie Lord by KJ Charles. A historical fantasy romance that was just pure fun. Again, it was the characters that drew me in, but the Victorian occult vibe was completely on the mark. I have been very restrained in not immediately devouring the rest of the series.