A week ago, I was in Melbourne attending Continuum 14. This speculative fiction convention ran from Friday 8 June until Monday 11 June. The Guests of Honour were Cat Sparks and Alison Evans.

As is my habit, I live-tweeted a bunch of panels. Since Storify is no longer a thing, I’ve rounded them up here. You can click on the tweets included below to view the entire thread.

My trip didn’t exactly get off to the best start, thanks to a four-hour flight delay. The bright side was getting to hang out with Sam Hawke and Kim Gaal over lunch. And, despite the delay, I didn’t miss any programming.

In an effort to be a more sustainable convention, Continuum requested attendees bring their own lanyards. Mine was sporting a new addition, thanks to Femmecraft. 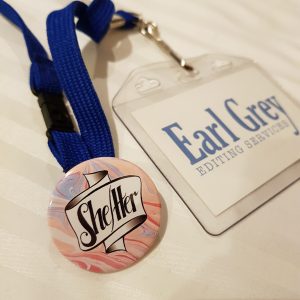 It wasn’t entirely necessary, since the con’s name tags had a space for including pronouns: a wonderfully inclusive touch.

For me, Friday was more about being on panels than seeing them. My first panel was So You Want To Be A Book Reviewer. My fellow panel members were Figgy O’Connell and Marisa Wikmanayake. Between us, we had quite a diversity of experience. Marisa works for more established venues, such as the West Australian. Figgy spoke about establishing the book reviewing arm of 100% Rock Magazine, while I spoke from a more indie perspective. The audience was small, so we kept things informal, allowing plenty of questions.

I had time to grab a quick dinner before heading back in to moderate Feminism and Tabletop Games. My fellow panel members were games illustrator Tania Walker, Brit from Hella Gay Games, indie designer Bismuth and long-time player Lexie. I had such a wonderful time with this panel. Once again, the con programmers did an excellent job of gathering panelists from a variety of backgrounds and those panelists were both insightful and articulate. Lauren Mitchell managed to live-tweet some of it, thread starting below:

Now at Feminism and TTRPGs, with speakers Tania, Bis, Elizabeth, Brit, and Lexie. Elizabeth announced herself as GM rather than moderator, which amused the room. #con14

Rose thanks the old guard & Tehani discusses the changes to the award: inclusion of a short story category.#Continuum2018

I started out the day with a tour of the dealers room and came out with these: 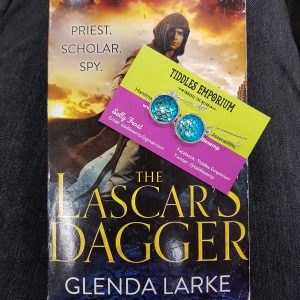 I am in love with the blue scale earrings and immediately put them on. Tiddles Emporium clearly have my number. Last year, I bought a lovely pair of teapot earrings that are already starting to look a bit worn from sheer use. Safe to say I love their work.

Then I actually got to watch my first panel.

Discussing favourites. George likes Origami Yoda in which a young boy makes an origami Yoda finger puppet who takes on a life of its own & begins to dispense sage advice.#con14 #continuum2018

This was followed by a panel on the Monstrous Feminine, which proved very popular.

Tansy talks about how the Amazons didn’t exist but were created by the Greeks as a symbol of everything to be conquered. #con14 #continuum2018

Cat Sparks’ Guest of Honour speech was so packed I wasn’t able to get a seat. Instead, I took an early lunch break and came back with these: 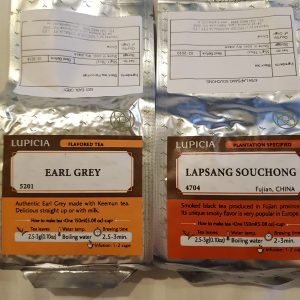 Saturday night involved a tradition for me and a bunch of friends. Whenever we’re all able to attend the same convention, one of us runs a tabletop RPG. This year it was Alis’ turn, and the game was Dungeons and Dragons 5E. Being a talented artist, Alis made us some stunning character sheets. 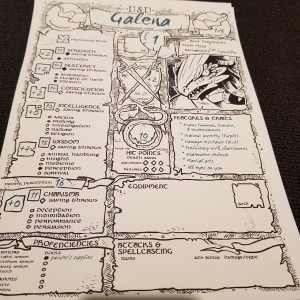 Alis wrote a bit about the game and shows the process of inking one of the character portraits she drew. Her con report also contains some lovely portraits of the speakers she saw.

The game itself was a blast. I had a wonderful time being excessively cheerful and trying to make friends with all the NPCs. And, as is always the case with our games, there was much laughter.

Despite the relatively late night, I started off strong:

Freya recommends Romancing the Beat, which breaks down the structure of romance. This template can be transferred to fantasy between the protagonist & what they want.#Continuum2018 #con14

Alison has always read a lot of fantasy and a lot of children’s lit. They liked books with girls and dragons. They didn’t come across genderqueer characters until they were in their 20s & even then, it was a friend’s manuscript. #Continuum2018 #con14

The editors had only met each other twice before embarking on the anthology. Tansy sent a formal pitch to Rivqa, who was a bit intimidated by Tansy’s big reputation in the community. #continuum2018 #con14

There were cupcakes for theMother of Invention party. 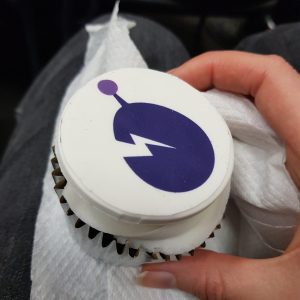 The above panel was on the way fanfic is becoming more accepted by the mainstream and the blurring lines between fan and pro creators. I feel that my tweets really didn’t do the panel justice. It was a challenging one to capture, since I was fatigued and didn’t have a thorough enough grounding in fandom spaces to entirely follow the conversation. It didn’t help that the panelists spoke quickly and frequently interrupted each other. Fortunately, Liz Barr discusses the panel in her con report with a bit more clarity than I managed.

However, it did prompt me to make a last trip to the dealers room for a copy of Narrelle’s new book A Dream to Build a Kiss On to add to the pile. I also attended the launch of Gillian Polack’s new anthology of short stories Mountains of the Mind (where Narrelle also gave a very lovely launch speech. I swear I wasn’t stalking her). 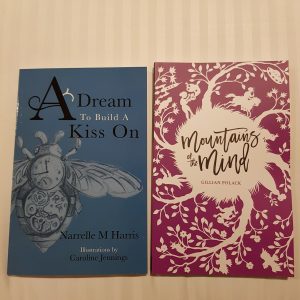 My energy was really flagging by this point and I made the decision not to tweet about anything I saw that day. Which was a shame because Mai Su and Gillian Polack both gave excellent talks. Su spoke of the ways in which portal fantasies reflect the immigrant experience, while Gillian spoke about the intersection of language and culture, and how language is used to other or include.

I also had my last panel, which was on one-star reviews. My fellow panel members were Devin Madson, Figgy O’Connell and Liz Barr. Once again, the panel was very well balanced, so we were able to approach the issue from the side of the author as well as the reviewer. While we all agreed that harassing reviewers was not okay, what exactly constituted acceptable contact between author and reviewer varied between panel members.

The closing ceremony finished up with the announcement that Continuum will be playing host to the natcon next year. The guests of honour will be Kate Elliott and Ken Liu. I very much hope to attend once again.

In the meantime, for more perspectives on Continuum 14, I recommend Rivqa Rafael’s live-tweets, which she thoughtfully compiled into a meta thread, starting below.

Here’s my #con14 meta-thread. I had such a great time seeing friends etc!

Justin Bennett posts about the Mental Health in Speculative Fiction panel, which I regret missing.

Kat Clay has a Goodreads list of recommendations from the Speculative Detectives panel.

And Cat Sparks has a wonderful album of photos from the convention.