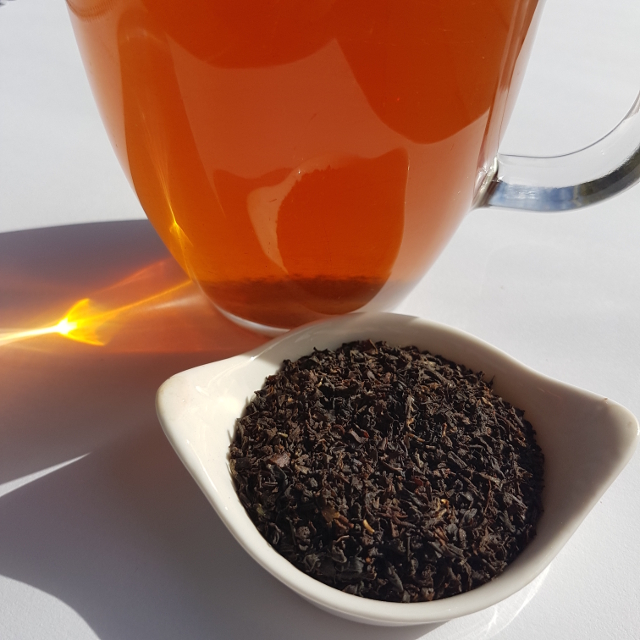 Loose-leaf Links is a feature where I gather together the interesting bits and pieces on sci-fi, fantasy and romance I’ve come across and share them with you over tea. Today’s tea is Whittard’s 1886 Blend. This plain black tea is nice and strong without being too harsh on the tannins.

My welcome to the Skiffy and Fanty team was finally completed with my first appearance on their Torture Cinema segment. I joined Jen, Paul and Alex to discuss the 1998 film Lost in Space. While the film itself may have been torture, the podcast was a lot of fun to record.

The winners of the 2017 Romantic Times Reviewers’ Choice and Career Achievement Awards have been announced.

The middle-grade speculative fiction How to Bee by Bren MacDibble won the Patricia Wrightson Prize for Children’s Literature.

The shortlist for the Norma K. Hemming Award has been released. The award recognises excellence in the exploration of themes of race, gender, sexuality, class or disability in published Australian speculative fiction. Congratulations to the nominees!

The finalists for a number of other awards have also been announced, including the 2017 Australian Shadows Awards, the 2017 Bisexual Book Awards, the 2018 Locus Awards and the 2018 Arthur C. Clark Award.

The Hugos (and associated awards) are now open for voting by those who are eligible. It’s still not too late to buy a supporting membership to WorldCon 76, if you’d like to join in the fun (or just get your hands on the voting packet, which is due out any day now).

Over at File 770, JJ breaks down the stats on waiting periods between the announcement of the Hugo nominees, the opening of voting and the availability of the voting packet over the last decade.

Australia has gained a new award for tabletop games. 2018 will see the inaugural presentation of The Kanga Awards.

Via File 770, WorldCon 77 (aka Dublin 2019) has an important announcement regarding accommodation.

In the wake of concerns around Writers of the Future and the Church of Scientology, Jim C. Hines chimes in with his concerns as a past WotF winner.

Not only is it more difficult for women to be published, but a new study shows that their books are priced 45% lower on average.

Ann Aguirre shares a couple of her more humiliating experiences of being a woman on an SFF con panel.

The Overprepared GM writes about unconscious bias and how she defaulted to writing all her NPCs as male.

More Seats at the Table is a newsletter devoted to promoting games made by designers who are marginalised–particularly in regard to gender. You can support this project at Patreon.

Ticonderoga Publications are looking for stories for The Year’s Best Australian Fantasy and Horror, Volume 7

Stories should have a listed author who is a citizen, resident or otherwise be recognised as having significant ties to Australia and/or New Zealand.

Stories must have been published between 1 January and 31 December 2016.

Stories should be no longer than 8,500 words in length.

The editors will accept photocopies of eligible stories, and electronic copies. If you have any queries please contact the relevant editor via the email address provided.

Stories should be available in electronic format to be selected for inclusion.

Decisions made by editors are final and no correspondence shall be entered into.

Please note that while the editors do read widely, they are relying on writers to assist them by sending copies of their stories. This is the best way to ensure that stories do not get overlooked.

Please include a word count for each story and details of where it was published in the following format:

The Science Fiction and Fantasy Writers of America’s contracts committee warn writers to be on the lookout for an “all derivative rights” clause in any new contracts.

Over at the SFWA blog, Gargi Mehra suggests a list of things to write when you’re not writing.

Melissa Hartfiel gives five tips for undertaking a daily creativity challenge. This is primarily focused on visual arts but can also apply to writing.

Readings are taking applications for their Teen Advisory Board until 15 June.

George R.R. Martin isn’t yet done with the next instalment of A Song of Ice and Fire, but his history of Westeros, Fire and Blood, will be out 20 November.

The cover has been released for In An Absent Dream, the next book in Seanan McGuire’s Waward Children series.

Gin Jenny of Reading the End and Maureen of By Singing Light chat about the war between literature and genre.

Over at Strange Horizons, Claudie Arsenault writes about constructing a kinder future.

Life is too short to finish terrible books.