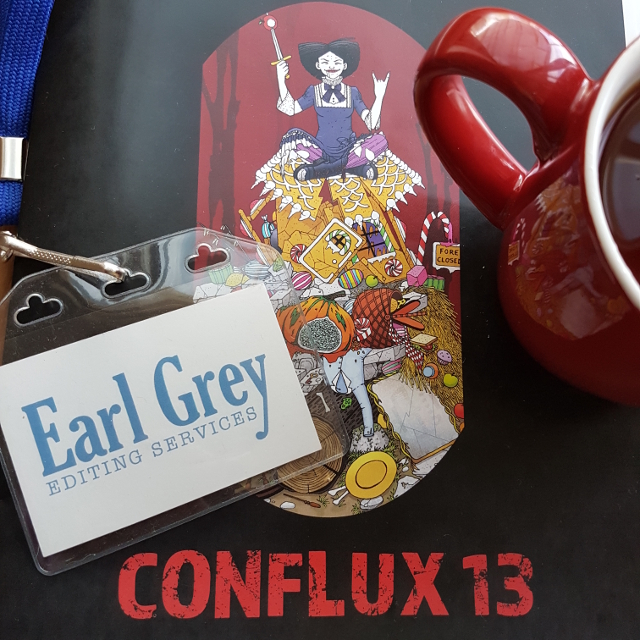 I took a low-key approach to the convention this year, as I was already worn out from several other commitments throughout September. This meant that I missed some of the programming in the late afternoon and evening.

However, I still managed to catch a few panels and events, and live-tweeted most of what I attended. You can find those tweets on Storify. They cover:

Permanent Storms and Forests of Fungi, a panel on climate-change fiction with Shauna O’Meara, Jason Nahrung and Cat Sparks

Diversity in Marvel & DC with Kellie Takenaka and Lyss Wickramasignhe

The highlights for me included:

— the climate-change fiction panel. The panelists really knew the topic and Shauna asked some very insightful questions as the moderator.

— Beastly Transformations, mostly because I love the topic and the panel members approached in from a number of different angles.

— Remembering Terry Pratchett because (again) the panel members touched on some interesting issues and there was a great fondness for the author from everyone in the room.

— and Angela Slatter’s GoH interview. She and Liz are old friends and were clearly having an uproariously wonderful time.

I also ran a game of Monsterhearts 2 for Alex Hardison, Alis Franklin and Lyss Wickramasignhe, as is becoming our tradition. It gave me a chance to try a new approach to running the game, which seemed to work far better than my last one.

So, that’s it for another year! A big thank-you to the committee and volunteers, who were all very friendly and kept everything running smoothly. I look forward to seeing what’s in store for 2018.