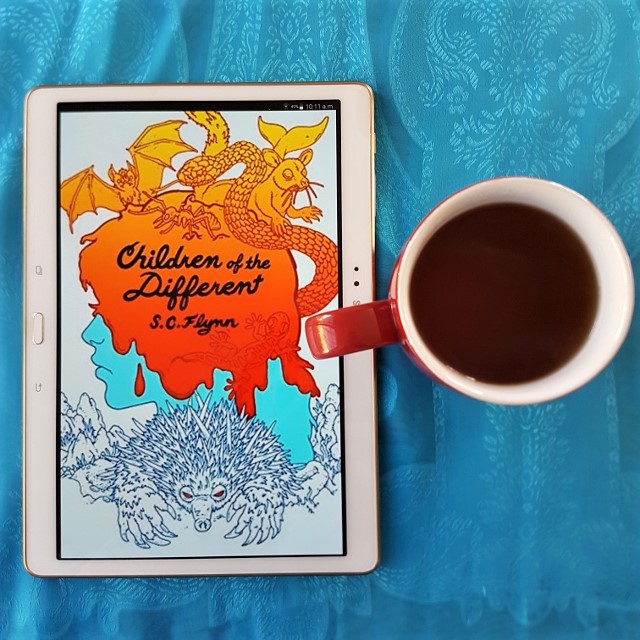 Nineteen years ago, a brain disease known as the Great Madness killed most of the world’s population. The survivors all had something different about their minds. Now, at the start of adolescence, their children enter a trance-like state known as the Changeland and emerge either with special mental powers or as cannibalistic Ferals.

In the great forest of South West Western Australia, thirteen-year-old Arika and her twin brother Narrah go through the Changeland. They encounter an enemy known as the Anteater who feeds on human life. He exists both in the Changeland and in the outside world, and he wants the twins dead.

After their Changings, the twins have powers that let them fight their enemy and face their destiny on a long journey to an abandoned American military base on the north-west coast of Australia–if they can reach it before time runs out.

Children of the Different is a post-apocalyptic fantasy novel set among the varied landscapes and wildlife of Western Australia.

I’m always keen for SFF set in Australian landscapes, so I had high hopes for Children of the Different. Unfortunately, I found it somewhat disappointing.

The surreal aspects of the story was one of the strengths of this book. It is set in both the real world and the Changeland, a kind of dreamscape. I enjoyed the diversity of the scenery within the Changeland, which ranges from desert, to caverns, to road tunnels.These scenes are mutable in the manner of dreams, changing with little warning. However, as with dreams, there’s always a sense of underlying rules and logic.

Each teenager who passes through the Changeland emerges with special abilities. I particularly enjoyed how these manifested in Arika. It struck me as a bit unusual and watching these transformations from her perspective was very effective. I also appreciated that the use of her abilities came at a price, though this was something that could have been given a bit more weight.

The story did become repetitive at times, retreading old ground as first one twin, then the other is captured by the various parties seeking them. Despite this mirroring, it seemed to me that Arika was often a more passive character than her brother. She is the first to be captured and prevented from rescuing her brother. She is unable to resist her captors in the way that Narrah does and must literally go with the flow. This seemed more or less a trend with all the female characters. who were generally outnumbered and (with the exception of Arika and Toura) don’t really seem to do much.

There was also other questionable representation. I was disappointed to discover the only explicitly Aboriginal character had a history of drug and alcohol abuse.

The romance elements were completely unnecessary and felt tacked on. Although this part of the plot had been foreshadowed to some degree, this foreshadowing lacked emotional engagement and was therefore ineffective.

Overall, Children of the Different had some interesting ideas but was ultimately let down in its execution.