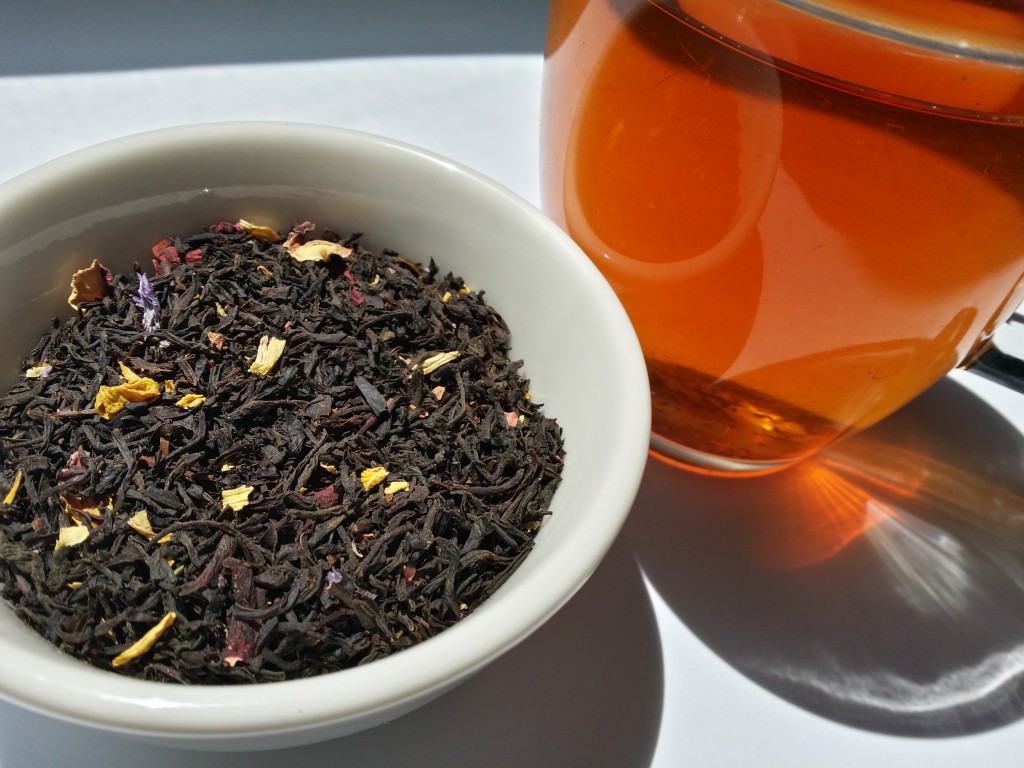 Loose-leaf Links is a feature where I gather together the interesting bits and pieces I’ve come across in the last month (or two, in this case) and share them with you over tea. This summer has seen some crazy temperature swings from roasting hot to freezing cold. Fortunately, this French Earl Grey from Adore Tea is fantastic no matter whether it’s served hot or iced.

As I noted in my review, Ann Leckie’s depiction of gender in Ancillary Justice is rather unusual. This has led to some considerable challenges in translating the work.

With the third book in the Captive Prince series due out next month, C.S. Pacat has just announced she’s not quite done with the world yet. She’ll be releasing three new short stories, but hasn’t yet given a date.

Nominations for the 2016 Ditmar Awards close on 31 January. If you’re an Australian fan or are a full or supporting member of the 2016 Natcon, you’d best get your nominations in quickly! You can find details here, a partial eligibility list here, and can make your nominations online here.

While you’re at it, nominations are open for the 2016 Tin Duck Awards. The awards recognise the best of West Australian SFF. Nominations close on 14 February.

The Sir Julius Vogel Award is also open for nominations until the end of February. The award is given for excellence in New Zealand speculative fiction. Best of all, you don’t have to be a New Zealander to nominate a work.

Goodreads have announced the winners of their Best Books of 2015 survey.

The shortlist for the 2016 Philip K. Dick Award has been released. The award is given for the best science fiction paperback to be released in the US in the previous calendar year.

Recommendations for the 2016 James Tiptree Jr. Award are open from now until 1 December. If you’ve read a work of science fiction or fantasy published in 2016 that explores or expands notions of gender, head on over to the website and fill in the recommendation form.

The shortlist for the 2015 Australian Romance Readers Awards has been released. The finalists will be announced on 19 March.

The Arthur C. Clarke Award has released a full list of the books nominated for this year’s award. The award is given for the best British sci-fi published in the previous year. A shortlist will be announced in April.

The 2015 Rainbow Awards were announced at the beginning of December. The Rainbow Awards is an annual contest celebrating outstanding work in LGBT fiction and nonfiction.

If YA literary ships are your thing, the winners of the inaugural Shippy Awards were released just before Christmas. I got caught up with Christmas preparations and wasn’t able to participate, but it looked like fun.

The 2016 black&write! Indigenous Writing Fellowships are currently open for applications. From the website:

The black&write! Indigenous Writing Fellowships are open to all writers (published and unpublished) of Aboriginal and Torres Strait Islander descent currently living in Australia. The Fellowships are open to adult fiction, young adult fiction, short story collection, poetry collection and children’s book manuscripts. Entries must include a Confirmation of Aboriginality Form/ Letter of Confirmation with a common seal from an Aboriginal or Torres Strait Islander incorporated community organisation. There is no entry fee.

Two winners will each receive:

Over on Media Diversified, Kavita Bhanot suggests British publishing decolonise, not diversify. She points out the problems with focussing on numbers and the issues surrounding the term ‘diversity’.

Smart Bitches, Trashy Books host a discussion on slut shaming in romance, then follow up with recommendations for sex-positive books.

Constance Augusta Zaber has an excellent round-up of news and new releases in trans literature over on BookRiot.

Marion Zimmer Bradley’s Sword and Sorceress 29 will be open for submission in April, so best get started on polishing up your fantasy stories now! They will be accepting stories up to 9,000 words. Be sure to check the guidelines.

Contact2016, this year’s Australian Natcon, has just launched its short story competition. They’re looking for stories of up to 3,000 words on the theme of close contact.

A report on the impact of the 2014 and 2015 Australian Government budget decisions on the arts has been released and makes for grim reading.

Things may only get worse, with the Government supporting the dismantling of restrictions on parallel book importations, despite fierce opposition from the publishing industry.

Robert Jackson Bennet, author of City of Stairs, offers some advice to aspiring writers seeking to make a living off their writing.

C.S. Pacat, author of Captive Prince, has posted a great article on how to make dialogue dynamic by using the topic pattern. Her master post on writing techniques is also worth checking out.

And if you’re looking for yet another blog series to follow, Carlie St. George has just started running Trope Anatomy 101 as a regular column over on the Book Smugglers. Her inaugural post looks at why Rey from Star Wars is not a Mary Sue.

Now that 2015 is done and dusted, David McDonald shares his writing stats for the year.

Peter Ball also shares some thoughts on the usefulness of gathering data about his writing.

And if you’re having trouble gaining some perspective on your own writing stats (and if the two posts above don’t help), try checking out the daily word counts of 39 famous authors.

Kameron Hurley, author of Empire Ascendant, speaks out about anxiety and making it as a writer.

And while it’s not winter in the Southern Hemisphere, discussing self-care is always timely.

Lois Tilton has resigned from Locus Online over censorship of her reviews.

FableCroft Publishing have announced they will be launching The Rebirth of Rapunzel: A Mythic Biography of the Maiden in the Tower by Kate Forsyth at Natcon in March.

This unique collection will include Kate’s research on the Rapunzel story that underpinned her stunning, award-winning novel, Bitter Greens, as well as several other pieces related to fairy tales and folklore. The book is not your usual reference work, but an wonderful exploration of the subject matter, written in Kate’s clever and engaging style.

If you’re looking for yet more books to boost Mt TBR (ha!), try Barnes & Noble’s 42 SFF books they can’t wait to read in 2016. I certainly added a few to my wish list.

Alma Alexander, author of The Hidden Queen, offers 30 ideas to challenge your reading.

Or you could join Stephanie Gunn and Ju from The Conversationalist in taking a journey through the Twelve Planets publications from Twelfth Planet Press. I’m sorely tempted by this one.

Cait at Paper Fury discusses why it is perfectly acceptable to have an enormous TBR pile. A woman after my own heart.

Finally, Ladybusiness are having their quarterly short fiction survey. If you read any short fiction published between 1 October and 31 December 2015, they would love to hear from you!