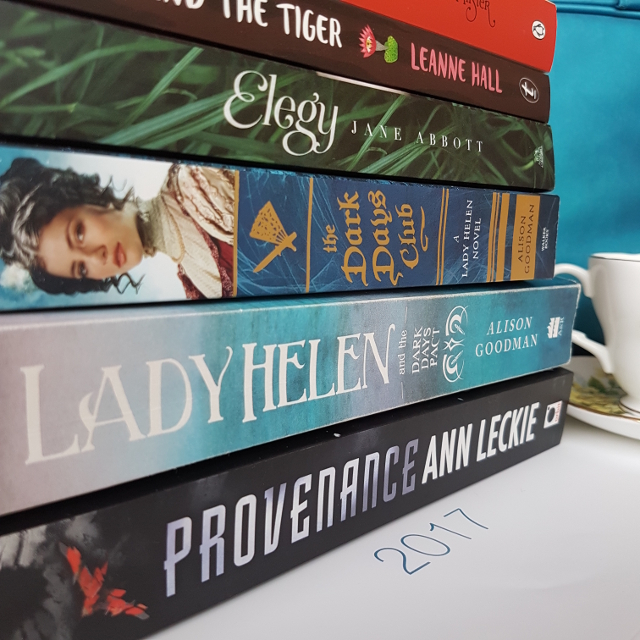 With Christmas now just a couple of days away, Earl Grey Editing is shutting down for the year. I’ll be on holiday as of today until 3 January, making this my last post of 2017.

Before I go, I thought I’d share my favourite reads from this year. These are not books that were necessarily published this year (although I believe most of them are), just read by me this year. In no particular order: 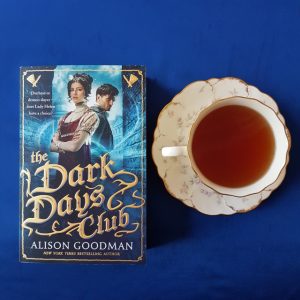 Elegy by Jane Abbott. Another I read for the Aurealis Awards earlier this year and my opinion doesn’t reflect that of the other judges or the award. Two souls fated to continually play out their doomed love reincarnate in a small Australian town. In my opinion, this is one of the most underrated books of the year. The characters are well observed and the writing is gorgeously lyrical.

Iris and the Tiger by Leanne Hall. Yet another from the Aurealis Awards. This is a middle-grade novel about a young girl called Iris who is sent to Spain by her parents to manipulate her eccentric aunt into leaving Iris her fortune. This is a delightfully whimsical novel with elements of magical realism. It’s about trust and unashamedly being your own, quirky self. 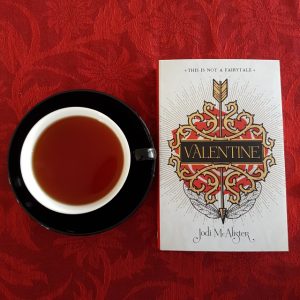 These themes also crop up in Valentine by Jodi McAlister. An Australian teenager teams up with her annoyingly attractive worst enemy to figure out why the fae are killing off their friends. I ate this up with a spoon and can’t wait for the next book to come out in February. You can see more of my thoughts in my review.

I read a surprising amount of good contemporary YA this year… surprising because it’s not a genre I usually read. That may change, thanks to these books. Queens of Geek by Jen Wilde was a story about three Australian friends who travel to the US for a ComicCon-style convention. One thread tells a f/f romance between two starlets. It touches on bisexual erasure and being a woman in the entertainment industry. The other thread tells a f/m romance between two of the friends, and touches on anxiety and fat-shaming. You can see more of my thoughts in my review.

There has been plenty of hype about When Dimple Met Rishi by Sandhya Menon, but I felt the book lived up to it. Two Indian American teenagers have very different attitudes towards their arranged marriage and work out their differences while attending a camp for computer program developers. This is a sweet romantic comedy that did a great job of respecting tradition while pushing back against patriarchal garbage. 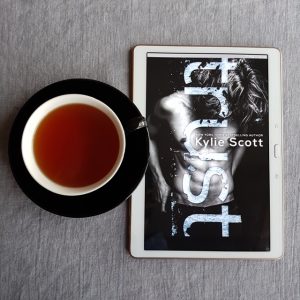 Kylie Scott’s first foray into contemporary YA romance ran in quite a different vein. Trust is about two teenagers who bond after they’re caught in an armed robbery that goes horribly wrong. It’s a wonderfully fat-positive, sex-positive story that touches on trauma and not caring about what other people think. You can see more of my thoughts in my review.

Courtney Milan’s first contemporary romance Trade Me made my favourites list in 2016. The next in the series, Hold Me, makes the list this year. It’s a delicious enemies-to-lovers story modeling the ways women can be both beautiful and intelligent. It is tender, nuanced and made me laugh out loud. You can see more of my thoughts in my review.

Along with Courtney Milan, Ann Leckie makes my list for the second year running. Provenance is a stand-alone novel set in a distant part of the Imperial Radch galaxy. It focuses on a woman whose ambition and lack of political cunning gets her caught up in the manoeuvring of others. I loved the way her compassion and her admin skills proved to be assets. You can see more of my thoughts in my review.

I hope those of you who are celebrating have a wonderful holiday. May the new year bring you an abundance of tea and books. I look forward to seeing you in 2018.