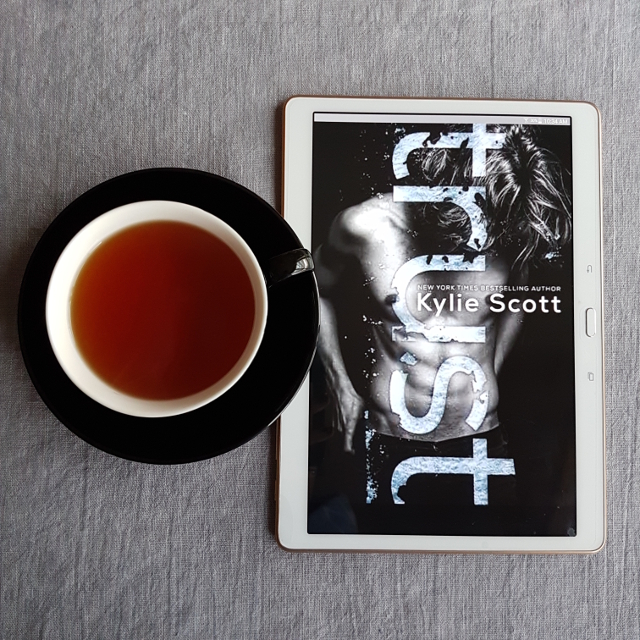 After being held hostage during a robbery at the local convenience store, seventeen-year-old Edie finds her attitude about life shattered. Unwilling to put up with the snobbery and bullying at her private school, she enrolls at the local public high school, crossing paths with John. The boy who risked his life to save hers.

While Edie’s beginning to run wild, however, John’s just starting to settle down. After years of partying and dealing drugs with his older brother, he’s going straight–getting to class on time, and thinking about the future.

An unlikely bond grows between the two as John keeps Edie out of trouble and helps her broaden her horizons. But when he helps her out with another first–losing her virginity–their friendship gets complicated.

Meanwhile, Edie and John are pulled back into the dangerous world they narrowly escaped. They were lucky to survive the first time, but this time they have more to lose–each other.

Trust is Kylie Scott’s first foray into Young Adult and I certainly hope it won’t be her last because I was pretty impressed.

There was so much that was great about this book. I appreciated its diversity. This includes race and sexuality–two of Edie’s new friends are lesbians and the other Vietnamese–but it also goes beyond that. Edie herself is an unconventional protagonist. She may be white and blonde, but she’s also considered overweight and has no desire to change that. She has seen her mum go through the constant torture of diets and would rather be happy than subject herself to the same. Of course, she is bullied for being a socially-unacceptable body shape but never by the narrative. Instead, she is also shown as being desireble–and desirable by someone who has a socially-acceptable body shape.

Another thing I loved about the story is the way it advocates for healthy relationships and boundary setting. Edie is not shy about cutting people off if they violate her privacy. She has zero time for other people’s bullshit. While her relationship with John didn’t start under the best circumstances, it is a healthy one–with each one supporting the other through the changes they’re making in their lives. There is also one scene that takes a bit of a dig at Twilight when John unexpectedly shows up at Edie’s bedroom window one night.

This is not a book that pulls its punches. It kicks off with the robbery Edie and John get caught in at the convenience store, and takes us all the way through that traumatic experience. It has all the bodily fluids (and I really do mean all). There’s onscreen sex–and, being a romance writer, Scott isn’t shy about it. There’s awkward sex and sexy sex, and good consent practices at all times.

All in all, I loved Trust to pieces and I’m hoping we’ll see more YA from Kylie Scott.