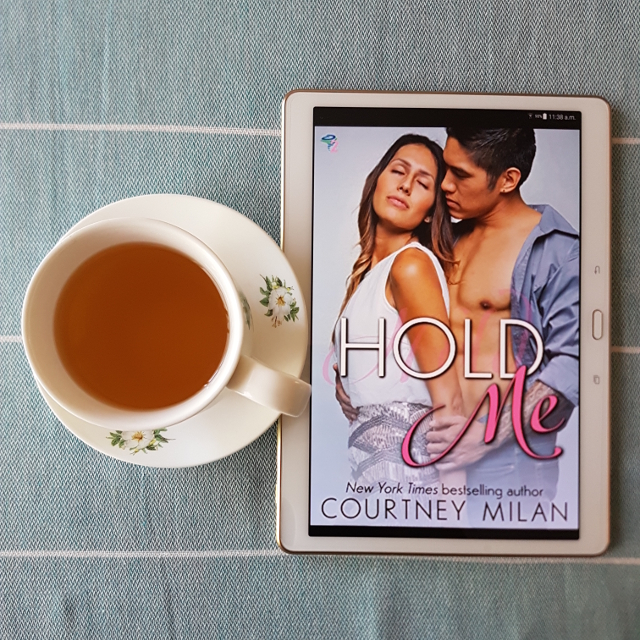 Jay na Thalang is a demanding, driven genius. He doesn’t know how to stop or even slow down. The instant he lays eyes on Maria Lopez, he knows that she is a sexy distraction he can’t afford. He’s done his best to keep her at arm’s length, and he’s succeeded beyond his wildest dreams.

Maria has always been cautious. Now that her once-tiny, apocalypse-centered blog is hitting the mainstream, she’s even more careful about preserving her online anonymity. She hasn’t sent so much as a picture to the commenter she’s interacted with for eighteen months, not even after emails, hour-long chats, and a friendship that is slowly turning into more. Maybe one day, they’ll meet and see what happens.

But unbeknownst to them both, Jay is Maria’s commenter. They’ve already met. They already hate each other. And two determined enemies are about to discover that they’ve been secretly falling in love

I’m not usually big on contemporary romances. However, I am a huge fan of Courtney Milan and the previous book in this series was amazing. I went into Hold Me with high expectations and they were met at every turn.

As the blurb suggests, it’s an enemies-to-lovers story. The book is told in first person present tense, alternating between the perspectives of Maria and Jay. Jay is a genius professor and a friend of Maria’s brother. He works hard and doesn’t have time for distractions. He also considers himself a feminist. However, when Maria shows up at his lab door looking for her brother, he quickly dismisses her–no one who looks as girly as she does could possibly have brains as well. Maria is a trans woman who has worked damn hard on the skills necessary to make herself look feminine and gorgeous. She’s proud of her skills and they don’t preclude the intelligence she needs to research and run disaster scenarios for her blog. A blog that Jay is a huge fan of and comments on frequently.

Not to say that Maria is the good guy and Jay the bad. The story has more nuance than that. Jay learns from his mistakes and puts genuine effort into doing better. And when he figures out that Maria and Em–the owner of the blog who he messages all the time and is half in love with–are the same person, he confesses immediately, rather than dragging it out in one of those painfully embarrassing scenarios. Maria also has her blind spots. She tends to conflate Asian heritage, despite having a number of friends of different Asian backgrounds. And although she does a good job of calling Jay on his inconsistent boundaries, her fear of intimacy makes her own boundaries pretty inconsistent at times.

As someone who struggles with work/life balance, I appreciated the portrayal of Jay’s workaholism. It felt authentic to me. The resolution of this theme wasn’t quite as solid as I would have liked, but I appreciated the subtle approach, rather than bashing the reader over the head with the way things worked out.

The author also took a more subtle approach to the characters’ marginalised identities. Being a trans woman is shown as important to Maria’s identity but is never the most important thing about her. Rather, her passions and intelligence are centred instead. Jay’s bisexuality felt a little weak in comparison, without the same sort of significance to his character. Nevertheless, I appreciated that their sexualities didn’t define who they were.

All in all, I found Hold Me a fantastic romance with all the feels. It cemented Courtney Milan as an author I will follow to the ends of the earth.

2 thoughts on “Hold Me by Courtney Milan”