By Elizabeth on January 27, 2017 in News and Signalboosts 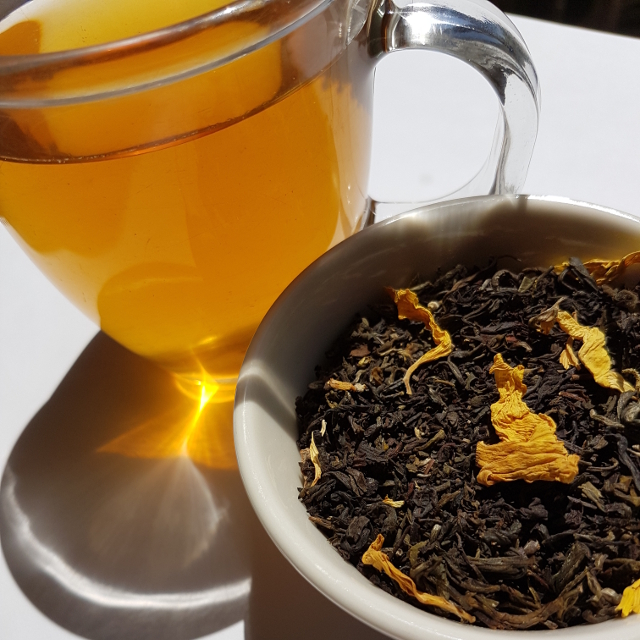 Loose-leaf Links is a feature where I gather together the interesting bits and pieces on sci-fi and fantasy I’ve come across and share them with you over tea. Today’s tea is White Peach from Adore Tea. It’s a mixture of Chinese white and black teas and is perfect for cold brewing in summer.

I recently hosted Rivqa Rafael to discuss her forthcoming anthology Problem Daughters. I also hosted a Twitter chat about the anthology. The editors discussed the book and afterwards everyone traded recommendations for diverse media. Rivqa subsequently Storified the result.

You can also find links to more interviews and guest posts with the editors over at The Future Fire.

The finalists for the 2016 Australian Romance Readers Awards have been released. Members have until 5 February to vote.

Nominations for the 2017 Sir Julius Vogel Awards are open until 30 March. The awards recognise achievements in New Zealand speculative fiction and nominations are open to everyone for free.

The 2017 World Fantasy Awards are also open for nominations until 1 June. This year’s judges include Nalo Hopkinson and Juliet Marillier.

Awards season is definitely kicking into gear because the Hugo Awards are likewise open for nominations. Lady Business is maintaining a list of eligible works, if you’d like to contribute or are looking for some ideas on what to nominate.

The World Science Fiction Society are also trialing a new award for Best Young Adult Book at this year’s Worldcon. They’re looking for some feedback on their shortlist for the award’s name. You can fill in their survey until 15 March.

Voting is currently open for the Get Up-and-over Fan Fund. GUFF will send one delegate to Worldcon in Helsinki in August. Voting closes 1 April. I’ll be running interviews with all the candidates, so watch this space.

Continuum 13 has released some of the panels they’re hoping to run for the Australian Natcon in June. If you’re interested in participating in any of them, be sure to sign up. More will be released in coming weeks.

Nisi Shawl has a new column at Tor.com examining 42 short stories she deems necessary reading for students of Black sci-fi and fantasy.

Over at Uncanny Magazine, Natalie Luhrs has an essay comparing SFF and romance and commenting on the stigma attached to reading romance. The essay originally fell into the trap of marginalising aromantic readers, but I was pleased to see this was quickly corrected.

There’s just two days left until the NSW Writers Centre closes for submissions regarding the 2017 Speculative Fiction Festival. The festival will be held in July and directed by Cat Sparks.

With the Problem Daughters anthology more than 50% funded, they are now open for submission. They’re looking for fiction up to 7,500 words and poetry up to 60 lines. Be sure to read the guidelines for more detail. Submissions close 31 March.

Susan Dennard discusses how she wrote Windwitch out of chronological order.

I was very sad to see that Satalyte Publishing have closed down. I’ve had the great pleasure of reviewing a number of their books and am sorry to see them go. With Momentum and Fablecroft also having closed their doors in recent times, it seems times are grim for independent and electronic publishers in Australia.

Speaking of forthcoming books, Thoraiya Dyer shares 8 fantastic forest-y books ahead of the release of her debut novel Crossroads of Canopy.

Looking for a new podcast? Try the Sisterhood of the Travelling Paperback. Using a book club format, they’ll be discussing one piece of genre fiction every fortnight. They kicked off with Ursula Le Guin’s The Dispossessed, but if you’re not sure they’ll be for you, try their introductory episode.

A reminder that the Problem Daughters anthology is still looking for backers. Go and support this wonderful project!

Octavia E. Butler by Gerry Canavan
The Dragon with a Chocolate Heart by Stephanie Burgis