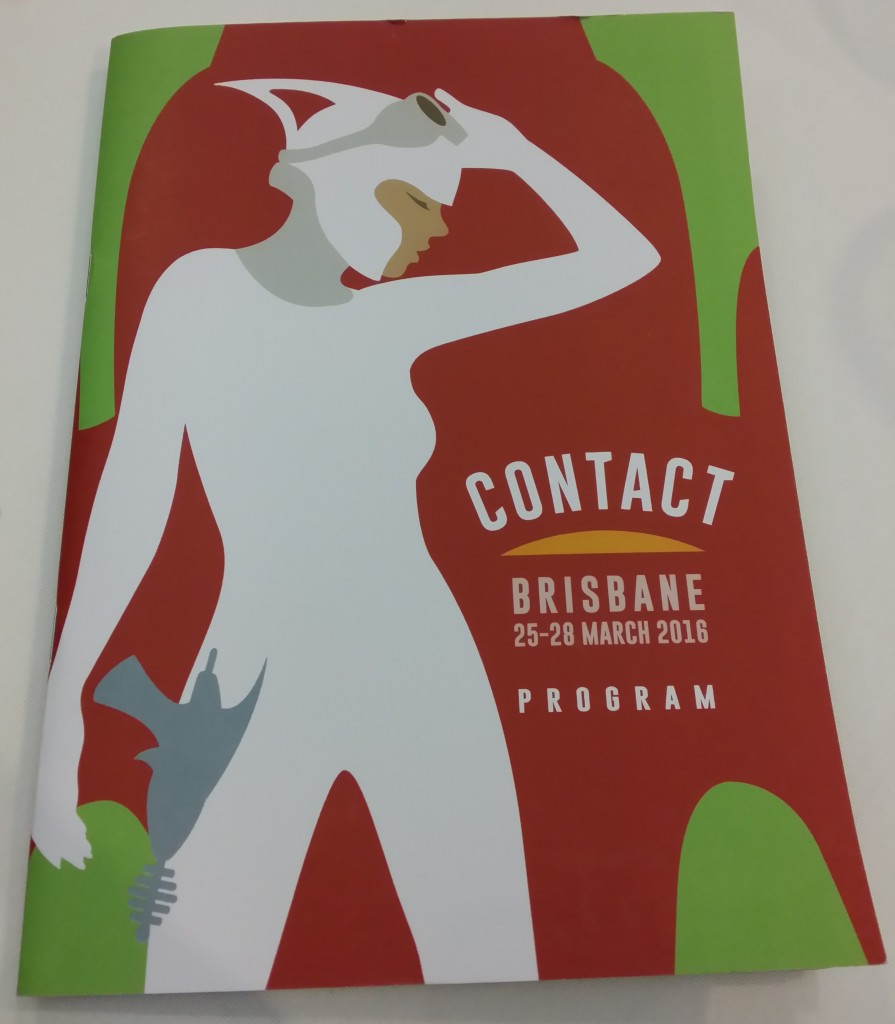 Contact2016 took place from Friday 25 April until Monday 28 April. As is always the case, there was a lot of good programming to see, so I had to split my report into two parts. You can read the first part here.

I attended several panels on diversity and have to commend programming co-ordinator Damon Cavalchini on doing a brilliant job with selecting the panel members. For example, the Queer SF panel featured three bisexual women who were able to sensitively discuss the need for more diverse queer characters–not just white, cis, gay characters. That particular panel was full of good humour, as the panel members expressed their desire for more… diverse queer characters, that is. They were also keen to see more diverse narratives, rather than the same few transplanted to different settings. Their advice for non-queer writers looking to write about queer characters was to be open and to listen to the queer community. Simply talking can be superficial and doesn’t always work if writers are looking to fit responses into preconceived notions. They also acknowledged that straight writers may struggle with breaking free of gender binary and with what it is like to experience discrimination. However, at the end of the day their message was that love is love; if you can’t understand that, then perhaps you don’t understand love.

The Sexy Lamps & the Bechdel Test panel offered some interesting opinions, with panel members stressing that works passing these tests weren’t necessarily good. The tests simply offer a benchmark, or place to start. For example, Maria Lewis pointed out that the movie Pacific Rim doesn’t pass the Bechdel-Wallis test but that Mako Mori is still a badass character with her own independence. Kate Cuthbert added that female characters could talk about shoes and still pass the Bechdel-Wallis test, but that wouldn’t necessarily make them fully realised characters. It was also suggested that the Bechdel-Wallis test in particular was easier to pass in literature than on film because there’s generally more space in which to work.

Deggan’s Rule is the racial corollary to the Bechdel-Wallis test and was the topic of one of the panels I sat on with Devin Jeyathurai, Katryna Starks, Christine Sun and Lois Spangler. Devin discussed what it was like for him not to see himself represented in any of the literature he read growing up, while Katryna touched on research that showed the negative effects this lack of representation can have. Christine brought up the Minority Highlander Syndrome: the tendency for creators to think there can be only one in relation to diverse characters. And I got a chance to fangirl over some positive representations, citing Sorcerer to the Crown by Zen Cho, Falling in Love with Hominids by Nalo Hopkinson, The Merger by Sunil Patel and the Saga graphic novel series by Brian K. Vaughan and Fiona Staples.

Speaking of fangirling, I got to see a couple of panels that consisted largely of authors discussing their favourite books. Thoraiya Dyer hosted The Best Story I Didn’t Write purely in order to recommend Alexis Wright’s The Swan Book (without a doubt, Thoraiya is my kind of evil). In the same panel, Kirstyn McDermott rhapsodised over House of Leaves by Mark Z. Danielewski, Lisa Hannett admired Margaret Atwood’s The Handmaid’s Tale and Juliet Marillier convinced me to pick up Gingerbread by Robert Dinsdale.

In contrast with these dark tales, Ben Aaronovitch professed a liking for stories with hope, with light and shade. In the panel on SF Titles You’ve Probably Never Heard Of, he recommended C.S. Cherryh’s The Cuckoo’s Egg and The Paladin, along with Jack Vance’s Lioness series and Turbulence by Samit Basu. Keri Arthur chimed in with The Beast Master by Andre Norton and Bec McMaster’s London Steampunk series.

With the Aurealis Awards safely out of the way on Friday night, the Ditmar Awards took place on Sunday night. A full list of the awards can be found on the Andromeda Spaceways website. Kathleen Jennings has overtaken Margo Lanagan as the Australian most likely to need more shelf space to house awards, accepting three with a degree of embarrassment. However, it was lovely to see her writing be honoured alongside her artwork.  I’d also particularly like to congratulate Rivqa Rafael on winning Best New Talent.

I’ve already mentioned my very successful trip to the dealers room. However, there was more than just books on show and I ended up making a second trip to pick up one of K.J. Bishop‘s gorgeously whimsical bronze sculptures.

There were so many lovely people in attendance, giving the convention a very warm and friendly atmosphere. I wish I had another four days to catch up with everyone I missed (and there were a few). Unfortunately, it will have to wait until the next time.

A huge thank you to the convention organisers for doing such a wonderful job.