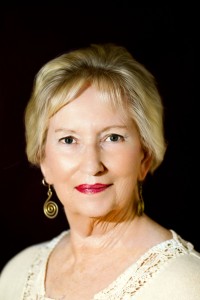 Satima Flavell (also known as Carol Flavell Neist) is a writer, editor and reviewer. Her first poem appeared on the children’s page of what was then The Manchester Guardian when she was seven, and she continued to earn pocket money through writing until teenage interests took over. After training and working in the performing arts, she began reviewing dance performances in the 1980s, and this rapidly expanded to writing reviews and feature articles for The Australian, The West Australian, Music Maker, Dance Australia and other journals. However, her favourite reading matter has long been fantasy, and her first novel, The Dagger of Dresnia, book one of The Talismans, in now in print from Satalyte Publishing. Book two, The Cloak of Challiver, is set for release later this year. Satima’s website is at http://maneyacts.com/satimaWP/ and you can also find her on Blogger, Twitter and Facebook.

1. Cloak of Challiver, the second book in The Talismans, is due out in September. Can you tell us a bit about it?

The Cloak of Challiver was actually written before The Dagger of Dresnia, the first novel in the trilogy. In fact the orginal idea that set the ball rolling will actually be found in book three! I realised that the backstory needed to precede my first idea, so I wrote what is now book two. Writerly colleagues who critiqued it told me I hadn’t started early enough, so I wrote The Dagger of Dresnia, which precedes the story of The Cloak of Challiver by some twenty-plus years.

The Cloak of Challiver is really two romances. Two princesses, cousins, find love well away from the preferences of their parents, and thereby hang two tales! But the usual fantasy tropes such as magic spells and battle scenes are all there as well.

2.As a writer, do you find it difficult to quiet your inner editor and critic? Are there any strategies you find particularly effective?

I’m pleased to say that my writing and editing hats hang happily side my side. I have become reasonably good at editing as I go: each morning I read over the previous day’s work and correct it, and from time to time I go over the entire MS as it develops. It’s a slow job, but I get there eventually and my submissions need little attention from the in-house editors.

3. Do you have any plans for what you might write after you’ve finished The Talismans trilogy?

I get ideas now and then, but I set them aside. Getting a trilogy finished is enough of a load on my shoulders! However, it will almost certainly be more fantasy, my favourite reading matter!

4.What Australian work have you loved recently?

Juliet Marillier has a new book, Den of Wolves, out in her Blackthorn and Grimm series, and I enjoyed the first two so much that I can’t wait to finish it! And I loved Glenda Larke’s Forsaken Lands trilogy.  I was also delighted to find that Lian Hearn had written two more books in her Tales of the Ortori series. Marianne Dellacourt’s Tara Sharp books are superb light reading as well. And there are so many excellent anthologies and collections around that I am hard-pressed to keep up with them! I try to balance my fantasy reading with non-fiction, and in that realm I am most impressed by The Middle Ages unlocked by Gillian Polack and Katrin Kania.

William Shakespeare, although I suspect Will would be so flabbergasted by the idea of flying that he might not want to talk books at all.  I do believe, though, that he was the most brilliant writer ever to set pen to paper in English. His deep understanding of human nature, and his ability to bring that out through plotting and characterisation are second to none in any language.