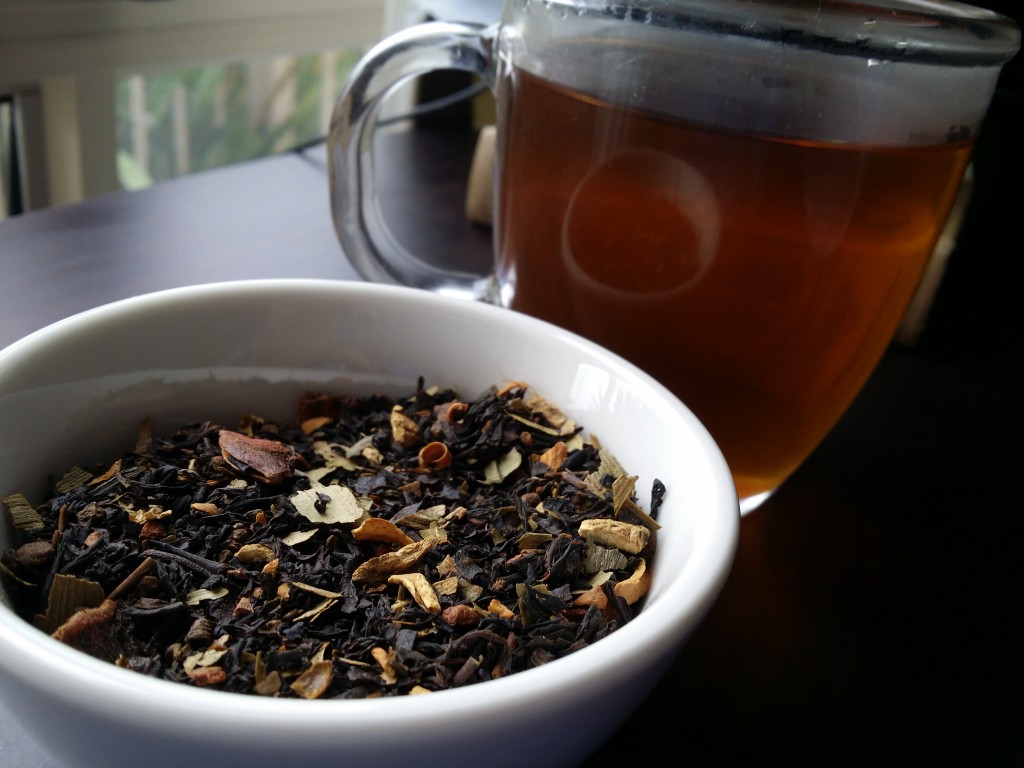 Loose-leaf Links is a feature where I gather together the interesting bits and pieces I’ve come across in the last month and share them with you over tea. This month I’ve been drinking quite a bit of T2’s chocolate chai.

Tying in to Pia Foxhall’s excellent guest post about fandom, Alis Franklin (author of Liesmith, my current read) shares what she misses about fandom. Alis also had a few things to say about sanctioned and unsanctioned fanfic in a recent interview.

The Hugo Awards were announced last weekend. The results are particularly notable this year, with no award given for five categories. This equals the number of times no award has been presented across the entire history of the Hugos. Also significant was the fact that both the fiction awards presented went to translated works, with The Three Body Problem written by Cixin Liu and translated by Ken Liu winning Best Novel and “The Day the World Turned Upside Down” written by Thomas Olde Heuvelt and translated by Lia Belt winning Best Novelette.

This year’s Hugo Awards received an unprecedented number of votes. Statistics can be downloaded in PDF.

The Gemmell Awards were also announced at the beginning of the month, with Brandon Sanderson’s book Words of Radiance doing very well for itself.

With the Australian National Science Fiction Convention taking place at Contact in Brisbane in March, the Ditmar Awards are just around the corner. If you have work eligible or have read work you think should be considered, make sure to submit it to the 2016 Ditmar eligibility list.

Aliette de Bodard deconstructs the Chosen One trope with particular attention to tokenism.

Catherine Nichols shares what she learned after sending her manuscript out under a male name. The results are somewhat depressing.

Jim Hines breaks down the statistics on convention Guests of Honour by race and gender.

Submissions are currently open for Ticonderoga Publications’ Year’s Best Australian Fantasy and Horror 2015. If you had a fantasy or horror story published this year, you should consider submitting. The editors are also looking for news items.

Along similar lines, a reminder that The Book Smugglers are also taking submissions for Speculative Fiction 2015. The editors, Foz Meadows and Mark Oshiro, are looking for non-fiction reviews and essays on some aspect of speculative fiction. You can submit your own work or nominate someone else’s.

Jodi Cleghorn, editor and owner of eMergent Publishing, is running For the Asking, a 12-week creative writing course and mentorship.

A reminder from Maggie Stiefvater that if you want to be a writer, you have to do the work.

Peter Ball is experimenting with going analogue. So far it seems to be turning out well for him.

A draft program for Conflux 11 is now available. You’ll be hearing more from me about Conflux in the coming weeks.

The table of contents for Ticonderoga Publications’ Year’s Best Australian Fantasy and Horror 2014 has just been released. The books is scheduled for publication in October and is currently available for pre-order.

FableCroft Publishing have also announced the table of contents for Focus 2014: highlights of Australian short fiction. I notice many familiar titles.

Speaking of short fiction, Ladybusiness have released the results of their survey on short fiction favourites for the first quarter of 2015.

After the Romance Writers of America conference, Jessica Tripler shares trends in popular romance over at BookRiot. An interesting look at what’s going on in the industry.

Finally, Jenny Lawson (aka The Bloggess) shares a love letter to libraries that resonated with me.