You are here: Home > RIP XIII 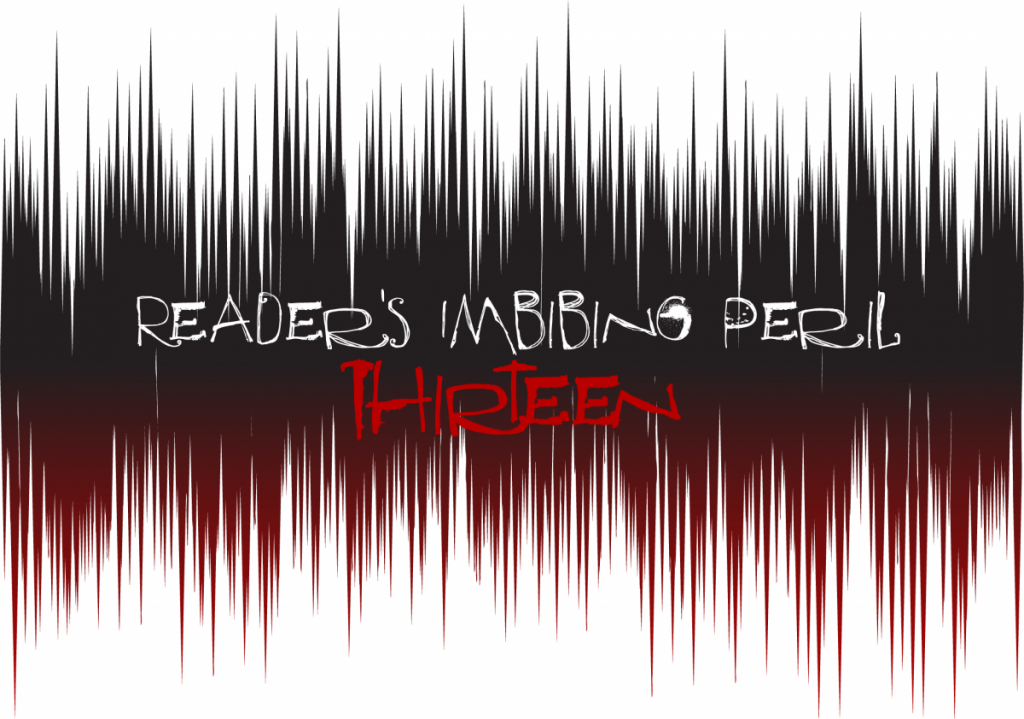 Happy Halloween! I admit I don’t really celebrate, but it is a wonderful excuse to wear some awesome manicures. 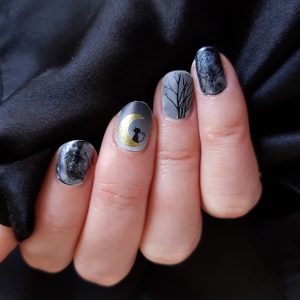 Of course, the arrival of Halloween means that the 13th Readers Imbibing Peril reading challenge is coming to a close. In case you have forgotten, this is basically an excuse to read as much as possible of anything that fits into horror, dark fantasy, the supernatural, Gothic, thriller or crime and mystery. I was pretty pleased to get through a bunch of great stuff this year:

Akata Witch by Nnedi Okorafor. This YA novel is set in Nigeria and is about a young albino girl comes to terms with her magical heritage. It felt a bit episodic in places, though that fades as things ramp up towards the end. I read the sequel first and was surprised to find this didn’t provide as much set-up as I’d expected. It also felt odd that the villain had so little page space… although I can also see the appeal of that.

The Red Magician by Lisa Goldstein. A mythopoeic tale of a young Jewish woman who gets caught in a conflict between her village’s rabbi and a mysterious stranger. Set against the background of WWII, it goes to some dark places. The main character seemed a bit passive at times and the characters were often more symbols than people, but I find the latter is often characteristic of mythopoeic work.

Whisper by Lynette Noni. A young woman is imprisoned in a government facility in an effort to coerce her into using her special abilities. Read for the 2018 Aurealis Awards, so I won’t be offering an opinion on this one.

City of Blades by Robert Jackson Bennett. Part mystery, part supernatural fantasy. A retired general gets pulled in for one last job: to investigate the disappearance of a spy who was looking into a potentially divine phenomenon. I’ve been loving this series so much and especially that the first two books have each featured a different woman of colour who is amazing at what she does. General Mulaghesh is delightfully cranky, partially because she has Seen Some Shit. The book has a slow build, but really throws itself into the action once it reaches the tipping point. The worldbuilding continues to enchant me. Highly recommended. 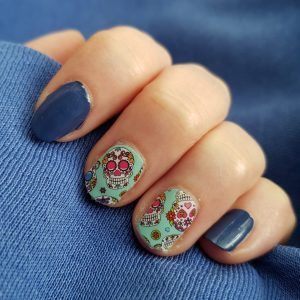 Palace of Fires by Bill Bennett. A young girl inherits her powers and discovers her family broke a pact with the Devil. She must go on the run from the evil forces hunting her. Again, read for the 2018 Aurealis Awards.

An Artificial Night by Seanan McGuire. Toby must venture into the realm of the Wild Hunt in order to rescue a group of kidnapped children. Wonderfully atmospheric. I also felt you could see the seeds for McGuire’s more recent Wayward Children series. However, I wasn’t wholly sold on the thread with Toby’s Fetch, May.

Mercy Point by Anna Snoekstra. Thriller. Five teenagers who suspect they were adopted come together to discover the secrets their parents have kept hidden. Also read for the 2018 Aurealis Awards.

City of Miracles by Robert Jackson Bennett. Sigrud, a former spy and thug, comes out of hiding after thirteen years when he hears a good friend has been assassinated. A brilliant conclusion to the series, though it has a little more of an actiony, James Bond feel than the others. I enjoyed the reincorporation of a previously minor character and the way the story showed the impact of previous events on her. Right to the end, the series has been thoughtful in its worldbuilding and exploration of themes. Highly recommended.

A Curse of Ash and Embers by Jo Spurrier. Dark fantasy with Gothic vibes. A young woman receives a letter to say she’s been hired as a cleaner. When she travels up to the mountains to her new workplace, she finds she’ll be working for a witch. Another read for the 2018 Aurealis Awards.

Death Most Definite by Trent Jamieson. Urban fantasy with supernatural and thriller/mystery elements. Someone is killing off Australia’s Pomps–the people responsible for sending spirits on and keeping the zombie-like Stirrers from taking over the world. Steven has never taken the family business all that seriously, but he’s going to have to start if he wants to survive. Some great action and pacing. But the romance really didn’t work for me and rather put me off the rest of the series.

A Small Charred Face by Kazuki Sakuraba, translated by Jocelyne Allen. A young boy is adopted by a pair of vampires after his family is murdered. A poignant meditation on the desperation and hope inherent in life. The book was actually three interconnected stories and I enjoyed the different perspectives they brought and the way they filled out the life cycle and history of the vampires. Comes with trigger warnings for sexual assault and animal death.

The Cruel Prince by Holly Black. Dark fantasy YA. After a fae general kills her parents, Jude and her sisters are raised by him in the fae world. As a human, she’s at the mercy of the fae and their glamours, and vows to do everything she can to gain power. I love Holly Black’s work and I appreciated the way this one touched on what it’s like to live under oppression. However, I found it a little predictable in places.

I also read Halloween Is Not a Verb by Tansy Rayner Roberts, which is not in any way dark, but the Halloween theme made it feel like it fit in.

With all this, I made it pretty much through everything I had on my list, except Feedback by Mira Grant. I also didn’t quite get as far as pulling out Angela Carter’s The Magic Toyshop. However, the challenge was such a success for me that I have already signed up for a similar challenge for next month, as you’ve probably seen. I’d forgotten how much I love these themed challenges!

If you participated, I’d love to hear how you went. If not, what dark fantasy, Gothic horror or thriller would you recommend for next year? 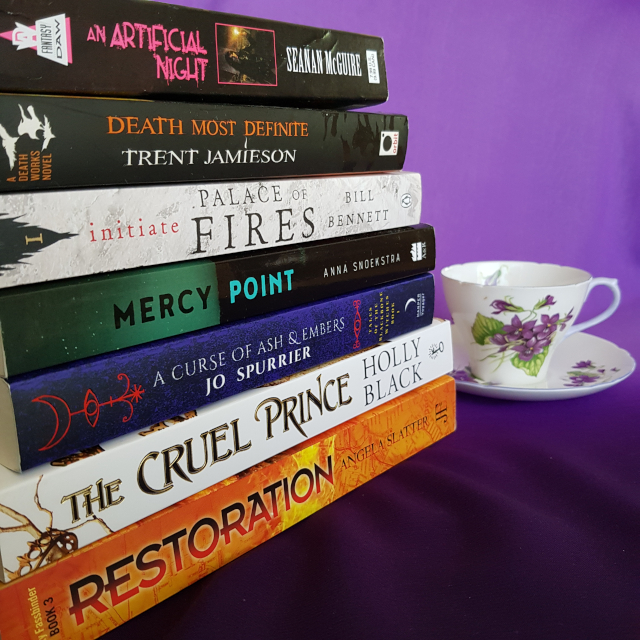