By Elizabeth on July 28, 2017 in News and Signalboosts 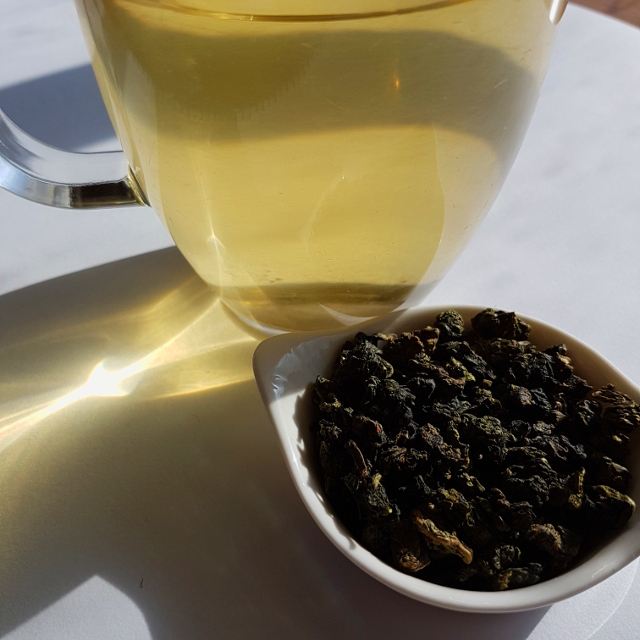 Loose-leaf Links is a feature where I gather together the interesting bits and pieces on sci-fi, fantasy and romance I’ve come across and share them with you over tea. Today’s tea is Iron Goddess Tie Guan Yin from Adore Tea. Being an oolong, it’s a little heavier than green tea, though this one retains a bit of the grassy flavour of sencha.

The winners of the 2017 Rhysling Awards have been announced. The awards are presented by the Science Fiction and Fantasy Poetry Association.

The shortlists for the 2017 British Fantasy Awards have also been announced. The awards will be presented at FantasyCon 2017, which runs from 29 September until 1 October.

The 2017 World Fantasy Awards nominees were released this week. A particular congratulations to Jack Dann and PS Australia for Dreaming in the Dark‘s nomination for Best Anthology.

Katharine at Ventureadlaxre reports in on Round Three of the Self-Published Fantasy Blog-Off, for which she is a judge.

Local authors are reminded that entries close at 5 PM today for the ACT Book of the Year.

Speaking of Canberra locals, horror writer Kaaron Warren is set to be a Guest of Honour at the 2018 World Fantasy Convention in Baltimore, USA.

Meanwhile, this year’s World Fantasy Convention (set to be held in San Antonio, USA) has just released a preliminary list of program topics.

And WorldCon 75 has also released a detailed program. I don’t envy attendees trying to decide what to see! (Okay, so maybe I do.)

Over at No Award, Liz Barr takes a look at the first three episodes of Cleverman‘s second season.

Joyce Chng hosts a fantastic roundtable on Australian SFF over at Strange Horizons. There were some very thoughtful answers here.

The editorial team at FIYAH Magazine discuss the problems black speculative fiction faces in getting published.

Uncanny Magazine has launched its Kickstarter for Disabled People Destroy Science Fiction and is already most of the way towards funding its goal. The first of their personal essays has also been posted:
We Are Not Your Backstories by K.C. Alexander.

In the wake of the announcement that the next Doctor will be a woman, Sarah Gailey writes about what this will mean for male and female fans.

Meanwhile, Liz Bourke is tired of people erasing women’s presence in SFF (and who can blame her?).

A reminder that the Canberra Speculative Fiction Guild’s forthcoming anthology A Hand of Knaves, edited by Chris Large and Leife Shallcross, opens for submissions on 1 August.

Marguerite Kenner and Mur Lafferty have announced they’re editing a forthcoming anthology called Space Marine Midwives. Submissions won’t be open until after the Kickstarter campaign, but the editors have released details so that writers can get started. Stories will be paid at pro rates and should be up to 5K words. Check the guidelines for more details.

File 770 reports that the Authors Guild and SFWA have reached an agreement with Galaktika Magazine on infringement claims.

Roxane Gay gives some advice on how to be a contemporary writer.

She’s also over at Lit Hub as one of several authors who gave advice on how to be a writer on social media. Thanks to Reading the End for drawing this to my attention.

At the SFWA blog, Stewart C. Baker gives some advice on how to write with a co-author.

And Chuck Wendig offers some consolation to writers having a bad writing day.

David Gaughran reports on how clickfarming is creating problems in Amazon’s Kindle store.

Rocket Stack Rank takes a look at the hard sci-fi of 2016.

Lastly, Leife Shallcross shares a peek of the printed proof copies of The Beast’s Heart. They look absolutely stunning and I’m already plotting ways to convince Hodder & Stoughton to send me one.