You are here: Home > The Impossible Story of Olive in Love by Tonya Alexandra

The Impossible Story of Olive in Love by Tonya Alexandra 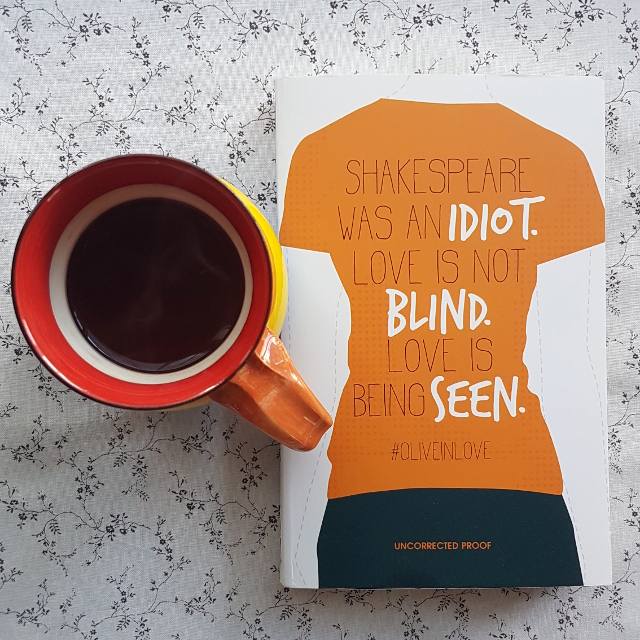 Plagued by a gypsy curse that she’ll be invisible to all but her true love, seventeen-year-old Olive is understandably bitter. Her mother is dead; her father has taken off. Her sister, Rose, is insufferably perfect. Her one friend, Felix, is blind and thinks she’s making it all up for attention.

Olive spends her days writing articles for her gossip column and stalking her childhood friend, Jordan, whom she had to abandon when she was ten because Jordan’s parents would no longer tolerate an imaginary friend. Nobody has seen her until she meets Tom: the poster boy for normal and the absolute opposite of Olive.

But how do you date a boy who doesn’t know you’re invisible? Worse still, what happens when Mr Right feels wrong? Has destiny screwed up? In typical Olive fashion, the course is set for destruction. And because were talking Olive here, the ride is funny, passionate and way, way, way, way dramatic.

This story is for anyone who’s ever felt invisible.

This story is for anyone who sees the possible in the impossible.

I had some very mixed feelings about The Impossible Story of Olive in Love. The premise was intriguing and the implications were well thought out. However, there were a few elements that really didn’t work for me.

Olive is not in any way a likeable character. She’s caustic, selfish and easily bored. She’s a drama queen who likes to cause trouble and leaves her loved ones to deal with the fallout. This makes sense in the context of the story. Being invisible (but not silent or intangible), she’s more used to hiding from other people than she is to interacting with them. This means she’s socially awkward and lacks both manners and diplomacy. However, given how much time she spends watching other people, her lack of empathy doesn’t completely make sense and I struggled to figure out what Tom saw in her.

I would probably have had more tolerance for Olive as an unsympathetic narrator if the story hadn’t had a few other unsavoury elements. The gypsy curse is a bit on the nose, and the gypsies responsible are the stereotypical feckless, vengeful vagrants. There’s also the occasional line that is transphobic, homophobic or ableist, which did not at all endear the book to me.

Which is a shame, because there were some potentially very interesting elements. Isolation was a strong theme and it was nice to see how this applied just as much to Tom and to Olive’s sister Rose as it did to Olive herself. Even though Olive is functionally able-bodied (more or less), they are essentially care-givers to Olive and this comes with a price.

The practicalities of being invisible have also been carefully thought out. Transport is a problem, as Olive can’t catch a bus or a taxi and driving herself around would look alarming. She’s never learned to kiss and since she can’t see herself in a mirror her makeup skills and sense of fashion are lacking. She can’t live on her own or even let herself in the front door for fear of alerting the neighbours.

I also appreciated the way the book avoided the obvious ending. There were a few elements that could have used a little more foreshadowing, but the outcome was more mature than I’d expected. It steered the book away from being a romance and more towards a coming-of age story.

However, ultimately The Impossible Story of Olive in Love wasn’t the book for me.