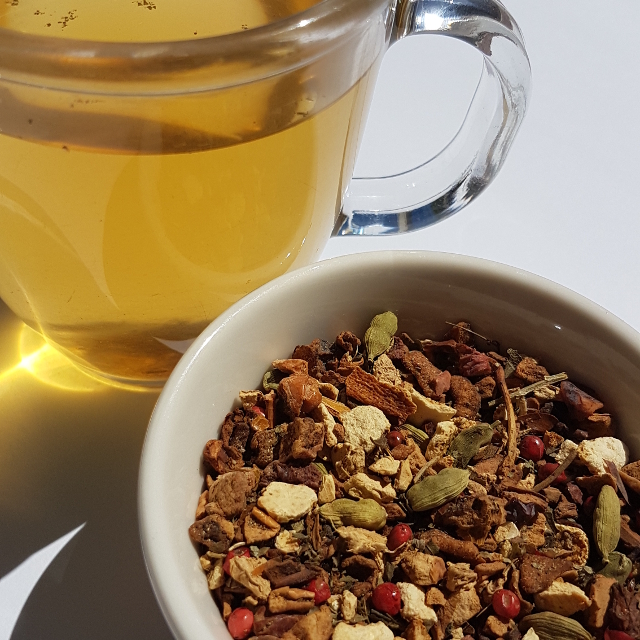 Loose-leaf Links is a feature where I gather together the interesting bits and pieces on sci-fi and fantasy I’ve come across and share them with you over tea. Today’s tea is Neo Australia’s Ginger Tea, a tasty blend of ginger, cardamom pods, tulsi and apple. This is an old favourite of mine and especially welcome on cool evenings when I’m looking to avoid caffeine before bed.

In my last links post I mentioned this wonderful database of books featuring asexual or aromantic characters. I neglected to properly attribute the creator, Claudie Arsenault. Thanks to Lynn O’Connacht for gently pointing this out to me.

As mentioned last week, the World Science Fiction Society are establishing a new Hugo-related award for Best Young Adult Book. They’re looking for some feedback on their shortlist for the award’s name. You can fill in their survey until 15 March.

Also, a reminder that nominations for the 2017 Sir Julius Vogel Awards are open until 30 March. The awards recognise achievements in New Zealand speculative fiction and nominations are open to everyone for free.

File 770 have announced their intention not to run for the Hugo Awards this year.

The A. Bertram Chandler Award is open for nominations. The Chandler is a juried award which recognises lifetime achievement in Australian SFF.

Genre Worlds has put out a call for 200-300 word abstracts for their academic conference in November. The deadline for abstracts is 21 April.

Voting for the National Australian Fan Fund is open until 16 April. NAFF will send one Australian fan to the Natcon, which will be Continuum held in Melbourne in June.

There has been a change to the GUFF voting ballot with Alisa Krasnostein standing down. Alexandra Pierce will continue to run as a solo ticket. The voting deadline has been extended until 17 April.

Over on Tor.com, Judith Tarr discusses some troublesome tropes about horses. Fantasy writers should pay attention.

Kameron Hurley is frank about her 2016 writing income.

Cat Sparks and Amie Kaufman are interviewed about the difficulties SFF writers have with getting published in Australia.

In celebration of her Aurealis nomination, Leife Shallcross is giving away five copies of Strange Little Girls to Australian readers. International readers may want to keep your eyes open for more giveaways in the future.

Natalie Zutter and Leah Schnelbach suggest 8 SFF books that are sexier than Fifty Shades of Grey.

At Book Riot, Danika Ellis has some suggestions on how to read more and internet less.