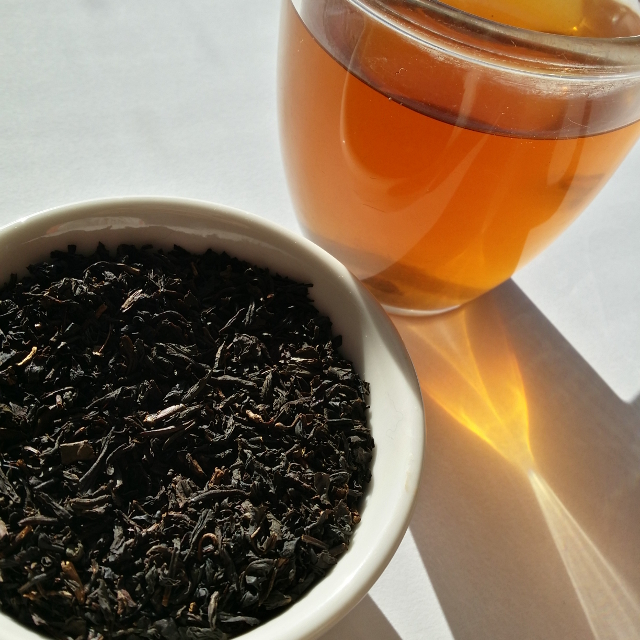 Loose-leaf Links is a feature where I gather together the interesting bits and pieces on sci-fi and fantasy I’ve come across and share them with you over tea. The tea pictured is Jaffa Tea from Adore Tea. It isn’t overwhelmingly sweet, despite what you might expect. Indeed, some might find the orange flavour a bit astringent but it takes milk nicely.

Amanda Pillar has relaunched her series Graced with some shiny new covers. I’ve reviewed the whole series so far and am looking forward to the next book.

Speaking of covers, Amanda Bridgeman has revealed the cover for the sixth book in her Aurora series, Aurora: Decima, and it is gorgeous! The series is another I’ve reviewed in its entirety and you can expect to see my thoughts on the new book in the next few months.

Another book I really enjoyed was Thorn by Intisar Khanani. This retelling of the goose girl was brilliant and will be on sale for 99 cents from 4-10 October. It’s well worth picking up.

The winners of the Hugo Awards were announced on 20 August. The results were reasonable, though the stats show that many deserving nominees were pushed off the ballot by the Rabid Puppies slate.

The results of the Clarke Award have also been announced. Director Tom Hunter has decided to open the award up to self-published entries starting this year.

More recently, the winners of the British Fantasy Awards were announced last weekend. Congratulations to Alisa Krasnostein, Alex Pierce and Twelfth Planet Press on their win for Letters to Tiptree.

Catherine Lundorff discusses the culture of alcohol at cons and how it can be exclusionary. As a teetotaller (or maybe a teatotaller), I very much appreciated what she had to say.

Natalie Luhrs takes an unflattering look at the World Fantasy Convention and its history of harassment and accessibility issues.

Conflux begins today! If you’re attending the convention (or any convention), you might find Gail Carriger’s master list of convention advice useful. It includes packing and etiquette tips.

Over on Tor.com, Sarah Gailey examines the overwhelming tendency of SFF writers to incorporate sexual violence in their work and exhorts them to do better.

Ambelin Kwaymullina and Rebecca Lim discuss intersectionality in Australian YA and what it’s like to be a writer while Indigenous or Chinese.

Book Riot has an excellent segment on news and new releases from trans authors.

Last week was Bisexual Awareness week. On Barnes & Noble, Dahlia Adler has put together a list of YA books featuring bisexual characters.

Dimension6 is open for submissions for the month of October. 4.5-40K words.

The Book Smugglers is also open for submission. Their theme is Gods and Monsters and they’re looking for stories between 1.5-17.5K words. Deadline closes 31 December.

Gail Carriger shares 12 things about publishing she wishes everyone knew.

Litsy is a bookish social media app that’s a cross between Instagram and Goodreads. They’ve just made their app available for Android users and you can find me there @earlgreyediting.

Lady Business has a Patreon!

Book Riot has had some great articles out recently. I particularly appreciated Sarah Nicolas’ post Romance is Trashy, and Other Things You Need to Stop Saying.

I may also have been in need of 6 ways to beat a reading slump.

This post is me: Why I Review Everything I Read.

I’m a latecomer to fandom and I’m still getting my head around the terminology. Gin Jenny of Reading the End has an excellent primer over at the Oxford Dictionaries blog.

Tor.com Publishing celebrated its first birthday at the start of the month. They’ve put out some amazing work over the last year!

Brona of Brona’s Books is going to be running a Tolkien readalong next year. Of course, I’m thinking of signing up.

But before that, Dewey’s Read-a-thon will be taking place on 23 October! I’ll be posting more on this closer to the date, but sign-ups are already open!

And lastly some very sad news: FableCroft Publishing is on an indefinite hiatus. They will be launching their last book–Tansy Rayner Roberts’ latest instalment in the Mocklore collection, Bounty–on Sunday at Conflux. Their books are still available for purchase but they won’t be producing any new ones for the foreseeable future.