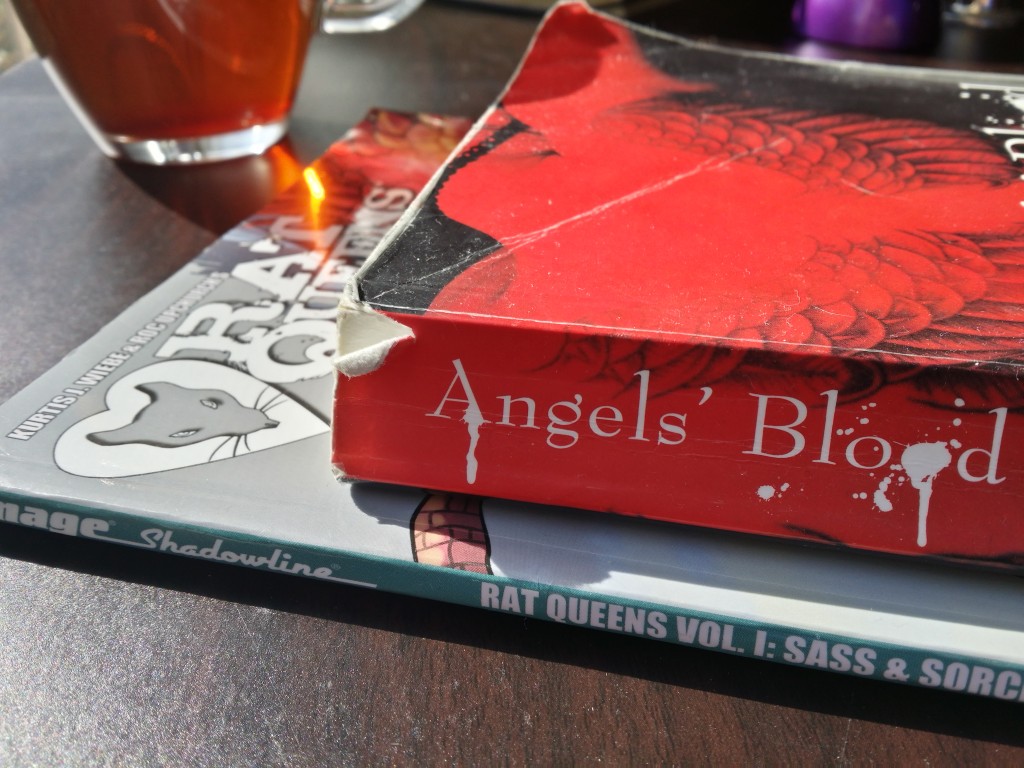 I’m going to have to start reading more paper books, just so I can have something to photograph! I acquired a few books this month but am very pleased that Mt TBR has not really grown.

35. Checkers’ Asylum by Jarrod Elvin. Checkers may be insane, but he’s also the only one who can stop the serial killer Mutano before it is too late. A graphic novel with a strong visual style and some carefully stylised violence.

37. Microscope by Ben Robbins. An unusual RPG involving no GM and no dice. Players work together to create a wide-spanning history, beginning with the big picture, then drilling down to roleplay key scenes. Takes a bit of getting used to, but good fun.

39. A Case of Possession by KJ Charles. The second in the A Charm of Magpies series and just as charming to read as the first. An absolute delight.

The Court of Five Thrones Ch 49- 53 by Pia Foxhall. The story is careening to an end. Early on in this section there’s a suitably big battle between the Unseelie and Seelie courts. It uses some fantastic language and has a wonderfully desperate atmosphere. I just want to huggle Augus (but am glad he’s letting Ash do it).

Without Fear or Favor by Branch. An well-considered piece of Naruto fanfiction that plugs some holes in the original story that I hadn’t considered. It deals with how the Uchiha clan permit Hatake Kakashi to keep a closely-guarded clan secret, despite not being of the clan. Based on the quality of this piece, I’m looking forward to reading the rest of the series.