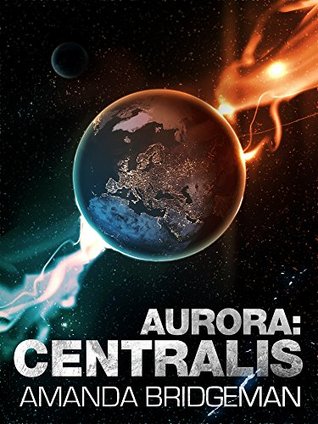 After the dramatic events of the past few missions, Captain Saul Harris and Corporal Carrie Welles have found themselves on a path they never expected to be on. Carrie, more vulnerable than she’s ever been, is placed under immense pressure as she becomes the most valuable asset to the UNF. Meanwhile, Harris works with the Aurora crew to keep the UNF at bay and shield her from their nemesis, Sharley, who wants her now more than anything. As events unfold, Carrie comes face to face with the truth of her father’s past, while Harris is forced to confront the truth of his ancestor’s. The revelations leave them reeling in shock, but not as much as when the explosive truth behind UNFASP is finally revealed.

Harris and Carrie struggle with the difficult decisions they have to make, while the Aurora team endures their toughest challenge yet. Once again they come face to face with their enemies in a showdown that will rock them to their very core and change them all forever.

For the Aurora team, Centralis, is the beginning, and end, of everything.

At the end of Aurora: Meridian, Corporal Carrie Welles discovered she had been unknowingly impregnated with fraternal twins by an evil scientist. I admit I was a bit sceptical about how this would play out, feeling it was beginning to veer a bit into the territory of melodrama. However, I feel Aurora: Centralis handles its material deftly.

Centralis marks the halfway point for the Aurora series, being the fourth of eight expected books. As such, it is a transitional book and suffers a little bit from middle book sag. It’s a bit of slow, with lots of waiting around. Those expecting a lot of action will be disappointed. While there is some, the focus is mostly on the characters as they deal with their changing lives and relationships. I found this gave it a stronger space-opera feel. Centralis widens the scope of the series; more time passes than throughout the other books and we begin to see the bigger picture, the bigger threat. The stakes become higher.

Prior to this book, the plot threads involving the private lives of Captain Harris and Corporal Welles remained fairly separate; now, they begin to weave together. I enjoyed seeing this convergence. Until now, their intimacy has been more one of soldiers risking their lives for each other while nevertheless maintaining the appropriate distance as soldier and commander. In Centralis, they begin to see each other more as human beings… though perhaps not quite yet as friends.

I did have a couple of issues with the story, though these are difficult to discuss without giving too much away. I was rather disappointed in the treatment of Lieutenant McKinley. I felt his attitude was treated as misguided and something that must inevitably change. Only one person actually respected his wishes and that person had no power over the situation.

There were also some messages regarding children and parenthood I’m not entirely sure I was comfortable with.

On the whole, I found it an interesting set-up to the second half of the series. The ending packed quite an emotional punch and I’m keen to see how things play out from here.

One thought on “Aurora: Centralis by Amanda Bridgeman”