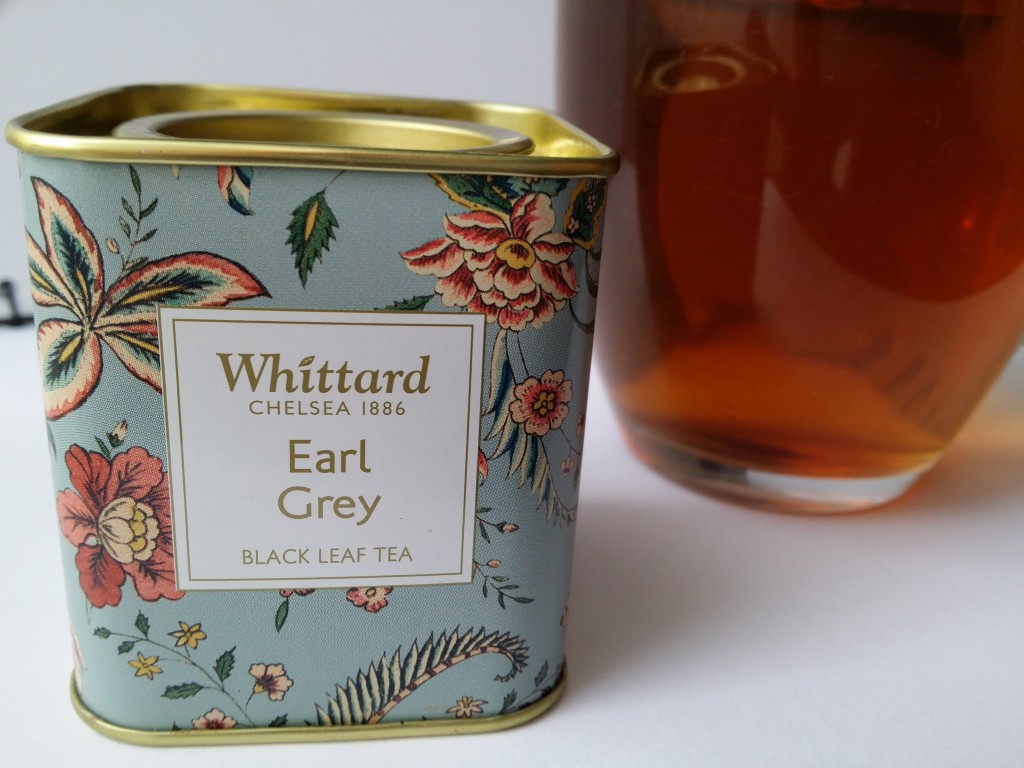 Loose-leaf Links is a feature where I gather together the interesting bits and pieces I’ve come across in the last month and share them with you over tea. Unsurprisingly, Earl Grey is my favourite kind of tea. This little tin of Whittard Earl Grey comes all the way from England as a souvenir.

Bias and reviewing is something I’ve pondered before, so I was pleased to see this excellent article on ethics and reviewing up on Uncanny Magazine. I continue to strive for transparency in my reviews.

Entries for the Norma K. Hemming Award are now open and will remain so until 11  December. The award is for Australian speculative fiction novels, novellas, graphic novels and plays that display excellence in the exploration of themes of race, gender, sexuality, class and disability.

Entries are also open for the 2015 Aurealis Awards.

The finalists for the 2015 British Fantasy Awards have been announced.

Lastly, the winners of the 2015 Locus Awards have also been announced.

Over on BookRiot, Kelly Jensen discusses combating fat phobia in YA lit.

In her column over on Strange Horizons, Renay of Ladybusiness speaks about the pressure speculative fiction fans are under to be familiar with the genre’s predominantly white, male canon.

This led to a fantastic response from Nina Allan.

Applications are now open for Tiptree Fellowships. The fellowship offers $500 to two creators every year.

The Tiptree Fellows might be writers, artists, scholars, media makers, remix artists, performers, musicians, or something else entirely. If you are doing work that is changing the way we think about gender through speculative narrative – maybe in a form we would recognize as the science fiction or fantasy genre, maybe in some other way – you will be eligible for a Fellowship. You won’t have to be a professional or have an institutional affiliation, as we hope to support emerging creators who don’t already have institutional support for their work.

Over on Writer Unboxed, Donald Maass discusses whether story beginnings are meant to intrigue or engage.

Alan Baxter speaks about rejection and shares some of his figures.

One of the most common pieces of advice given to writers is “write every day”. Graeme Simsion, author of the Rosie Project, speaks about how this approach doesn’t work for him. It’s nice to see someone acknowledge that one size does not fit all.

Books galore this month! Twelfth Planet Press have announced their first non-fiction release will be coming out in August. Letters to Tiptree is an anthology celebrating the 100th birthday of Alice Sheldon, better known as James Tiptree, Jr.

TPP are following it up in September with the launch of Something New Can Come Into This World, a collection of essays by Grant Watson on the production of famous films.

Accessing the Future, a disability-themed anthology of speculative fiction edited by Kathryn Allan and Djibril al-Ayad was also launch this month.

Lynn O’Connacht has released her science-fiction novella Courage is the Price, featuring space ghosts and a protagonist with anxiety. The novella is available on its own or as part of a book bundle of Lynn’s work.

The second part of Becca Lusher’s Dark Rebellion series is out now. Following on from The Dark Rebel (reviewed here), you’ll no doubt hear more from me soon on The Rebel Returns.

If short fiction is more your jam, Tiny Owl Workshop has released the second instalment of stories for their series The Lane of Unusual Traders.

Still looking for more to read? Try this list of feminist, bad-ass romance recommendations from Kerry McHugh. My wishlist just got a little longer.

Over on Kill Your Darlings, Danielle Binks calls for readers to show more love for Australian YA, after only two Australian authors appeared on the Australian Library and Information Association’s list of most borrowed YA books for the first quarter of 2015.

If that’s something you’d like to do but aren’t sure where to start, I’d recommend joining the Aussie Bloggers Book Club being started by Michelle of The Unfinished Bookshelf and Nicola of  My Book Burrow.

Memory of In the Forest of Stories shares some thoughts on spoilers. For the record, I am strictly anti-spoiler and try to keep my reviews spoiler-free.

Lastly, I recently had the great delight of appearing on the Amateur Hour podcast. To celebrate the launch of Harper Lee’s Go Set A Watchman, Nicky Rowlands and I were invited to talk books–and, of course, I never pass up an opportunity to talk books!