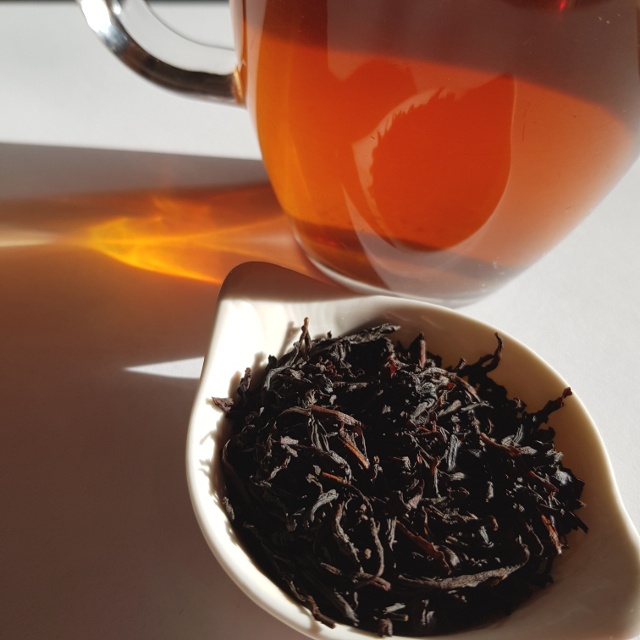 Loose-leaf Links is a feature where I gather together the interesting bits and pieces on sci-fi, fantasy and romance I’ve come across and share them with you over tea. Today’s tea is Elder Flower Blend from the Tea Centre. It’s a bit more subtle than some flavoured blacks with a taste reminiscent of berries. I’m not usually a big fan of berry-flavoured tea, but I’m enjoying this one a whole lot.

File 770 reports on the inaugural Leo Awards. The goal of the awards is to promote exceptional literature in furry fandom and they were presented at Anthrocon on 7 July.

The nominees for the Science Fiction and Fantasy Poetry Association’s 2018 Grand Master Award have also been announced.

The Canberra Writers Festival recently did itself no favours with the local community. On receiving pushback when it was announced the festival would be headlined by disgraced politician Barnaby Joyce, unprofessional comments were to made both by associate Steve Lewis and the official Twitter account of the event. Award-winning fantasy author Russell Kirkpatrick bore the brunt of this. A somewhat lacklustre apology from Lewis has done little to restore the good will of the Canberra spec fic community.

In more positive news for locals, Sam Hawke will be hosting a launch for her debut novel City of Lies. Join us at Harry Hartog’s on 9 August at 6PM. While the event is free, RSVPs are necessary for catering purposes.

Marie Brennan has an ongoing fundraiser for RAICES, the Refugee and Immigrant Center for Education and Legal Services in Texas.

Lady Business looks at some of the stats around non-US bids to host WorldCon.

Speaking of Lady Business, founder Renay expressed frustration when the WorldCon 76 committee emailed Hugo nominees to request they wear semi-formal attire for the awards ceremony. She and several other nominees discussed the issues this brings up around class, gender and body shape. Master of Ceremonies and Guest of Honour John Picacio committed his support in making sure all nominees feel comfortable attending, regardless of dress.

SFWA have released their market report for July.

On the SFWA blog, Kevin L. O’Brien discusses the technology and process involved in iron smelting.

And KJ Charles shares how she got moving again on a stalled story.

Tor.com has announced there will be a full-length novel in Martha Wells’ Murderbot series.

They’re also publishing a new solarpunk series by Becky Chambers (though we’re going to be waiting on that one a while).

John Joseph Adams and Victor La Valle are editing an anthology called A People’s Future of the United States. The Table of Contents includes some impressive names, with the book to be released in February 2019.

N.K. Jemisin’s first short story collection will be coming out on 27 November and is called How Long ‘Til Black Future Month?

Donna Maree Hanson has published Skyfire, the fifth book in her Dragon Wine series. The sixth book, Moonfall, will be out at the end of August.

Over at Reading the End, Gin Jenny has a fantastic interview on fanfic with Lara Elena Donnelly, author of Amberlough.