You are here: Home > The Belles by Dhonielle Clayton

The Belles by Dhonielle Clayton 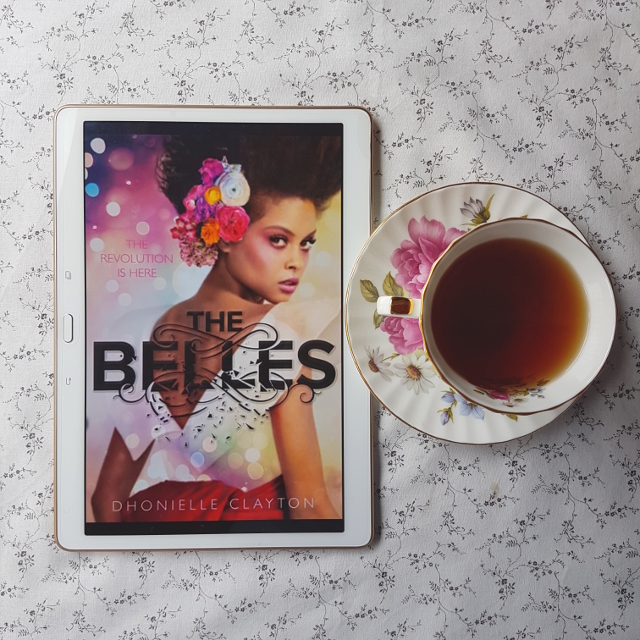 Camellia Beauregard is a Belle. In the opulent world of Orleans, Belles are revered, for they control beauty, and beauty is a commodity coveted above all else. In Orleans, the people are born gray, they are born damned, and only with the help of a Belle and her talents can they transform and be made beautiful. But it’s not enough for Camellia to be just a Belle. She wants to be the Favorite–the Belle chosen by the queen of Orleans to live in the royal palace, to tend to the royal family and their court, to be recognized as the most talented Belle in the land. But once Camellia and her Belle sisters arrive at court, it becomes clear that being the Favorite is not everything she always dreamed it would be. Behind the gilded palace walls live dark secrets, and Camellia soon learns that the very essence of her existence is a lie–that her powers are far greater, and could be more dangerous, than she ever imagined. And when the queen asks Camellia to risk her own life and help the ailing princess by using Belle powers in unintended ways, Camellia now faces an impossible decision. With the future of Orleans and its people at stake, Camellia must decide: save herself and her sisters and the way of the Belles or resuscitate the princess, risk her own life, and change the ways of her world forever.

There has been a lot of hype surrounding The Belles by Dhonielle Clayton. Although the book does a great job with evoking a lush, visual setting, there were some key flaws that let it down.

The story is told in first person present tense from Camellia’s perspective. She is not the most likeable of characters, at least at first. She’s competitive and jealous, striving to outdo her sisters and be the best. However, considering the way she was raised, this can perhaps be forgiven, especially since she has a genuine affection for her sisters underneath. And her sisters aren’t without their flaws, either–Amber is an insufferable know-it-all who can’t bear to break a rule, while Edel is headstrong and selfish. The others fade into the background.

A fairytale atmosphere is present at the start; the book opens with a myth that describes how the people of Orleans were cursed to be ugly, with grey skin, red eyes and hair the texture of rotten straw. This sense of fairytale is heightened by the opening scene in which the six Belles arrive in glass carriages to display their transformative powers to the public and to the queen. The world the Belles live in is an extravagant one, with great emphasis placed on beauty. The populace–and the nobility in particular–rely on the Belles to change their colouring, hairstyles and even their body’s shape. New fashions come out every month–such as red hair and green eyes. Laws exist to preserve the health of the population by ensuring noses and waists aren’t too narrow to breathe. Everything is over the top in a way that reminded me of the Capitol in The Hunger Games, and there is that same sense of darkness lingering underneath.

The language enforces this sense of opulence with rich descriptions of fashion, food and furniture. Unfortunately, this serves to slow the pace. It’s compounded by a plot that flags its reveals rather too obviously, making it fairly predictable. It’s not a subtle story and doesn’t delve deeply into cultural critiques of beauty.

The one exception is the way it unmoors beauty from race. Camellia is a woman of colour and one of the most beautiful people in the kingdom. The characters are diverse and come in a range of skin tones–sometimes even changing from one to another. One beauty standard isn’t held up as being above others… though it could have done more work to promote fat positivity.

Unfortunately, the story lets itself down on other fronts of representation. Its treatment of lesbian characters was particularly disappointing.

Readers may also want to tread carefully while reading this book, as it contains a depiction of sexual assault.

All in all, while it has some interesting world-building, The Belles ultimately left me disappointed.