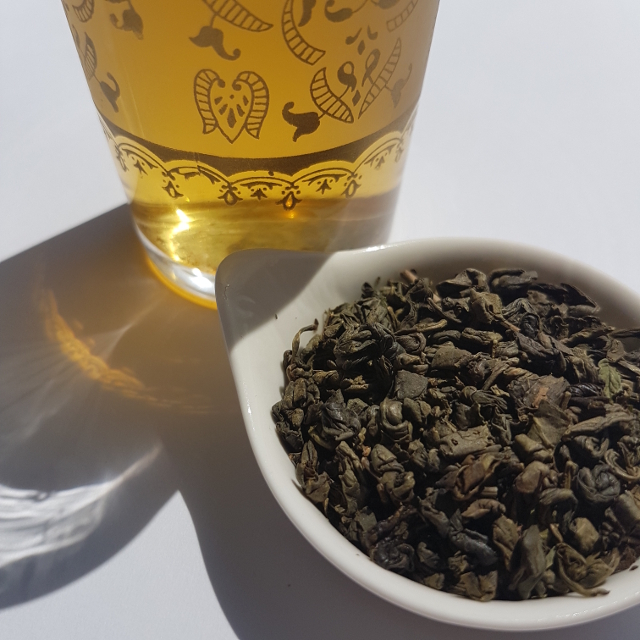 Loose-leaf Links is a feature where I gather together the interesting bits and pieces on sci-fi, fantasy and romance I’ve come across and share them with you over tea. Today’s tea is Arabian Mint from Mrs Oldbucks Pantry. It has a fresh strong flavour that does equally well iced or hot.

The BookTubeSFF Awards are open for nominations from all members of SFF fandom. This is the fourth year they have been running and there have been some rule changes, so be sure to check those out. Nominations close 4 February.

The shadow jury for the Arthur C. Clarke Award will be reconvening this year.

The news came earlier this week that Ursula Le Guin had passed away at age 88. She was a giant in the field and will be sorely missed.

Conservative science fiction writer Jon Del Arroz has been making waves for all the wrong reasons. He has been pre-emptively banned from WorldCon 76 and his application for membership to the Science Fiction Writers of America was declined. File 770 has some of the reactions to the latter. Jim C. Hines details some of Del Arroz’s history of trolling and harassment.

In more positive news, the recipients of the Tiptree Fellowships have been announced. Congratulations to H. Pueyo and Ineke Chen-Meyer!

The Science Fiction Writers of America have declared Peter S. Beagle as their newest Grand Master. Beagle is best known for The Last Unicorn.

The WorldCon committee have officially accepted a bid from New Zealand to host the WorldCon in 2020. LISTEN UP, AUSSIES! Voting on site selection for WorldCon 2020 happens this year. In order to vote, you need to be a member (attending or supporting) of WorldCon 76. So get to it! Especially if you’d like to also get in on voting for this year’s Hugo Awards as well.

In my last links post, I reported on Roxane Gay’s callout of Midwest Writers Workshop for fatphobia and their appalling treatment of volunteer Sarah Hollowell. Despite their apology, MWW have doubled down, firing Summer Heacock, the board member responsible for telling Hollowell of the situation in the first place.

Strange Horizons have also issued an apology for the review they ran of Star Wars: The Last Jedi which included some incredibly sexist commentary about Carrie Fisher. The review has since been edited, but the original is available here.

Over at Tor.com, James Davis Nicholl is fighting erasure by listing women SF writers of the 1970s. It will be a multi-part article with A-F currently listed.

Elsa Sjunneson-Henry discusses the portrayal of disability in Guillermo Del Toro’s movie The Shape of Water.

Galli Books also has a call out for fiction, non-fiction and poetry for a new anthology called Speculative Masculinities. Deadline is 15 April.

The Superheroes Beyond conference has a call out for papers. The conference takes place in Melbourne from 30 November until 2 December. The proposal deadline is 25 May.

Applications are open for scholarships to the Writing Excuses retreat.

IFWG Publishing have announced they have acquired a new novel from Gillian Polack called The Year of the Fruitcake.

The novel tells of the Earth-based life of a mostly-mindwiped alien anthropologist inhabiting a human perimenopausal body instead of her own more rational body with its capacity to change gender. Polack describes her novel as “Bleak. It’s political. It’s angry. It’s also sarcastic, cynical and funny.”

The book will be released early in 2019.

Kathleen Jennings has a story forthcoming from Tor.com and it is being illustrated–by someone else. She couldn’t be more delighted.

Over at Book Riot, Jess Carbert unconvincingly claims she doesn’t know how her TBR became a mountain. I’m sure I’m not the only one who can sympathise. The inclusion of City on Fire particularly made me laugh and think of Whisky Jenny from the Reading the End podcast.

Lastly, I couldn’t resist including this: Alex Pierce (of Galactic Suburbia fame) is running a year-long series about Earl Grey tea on her blog Acts of Kitchen. For the Year of Earl, she plans to try as many different versions as she can get her hands on. I am really looking forward to reading along.