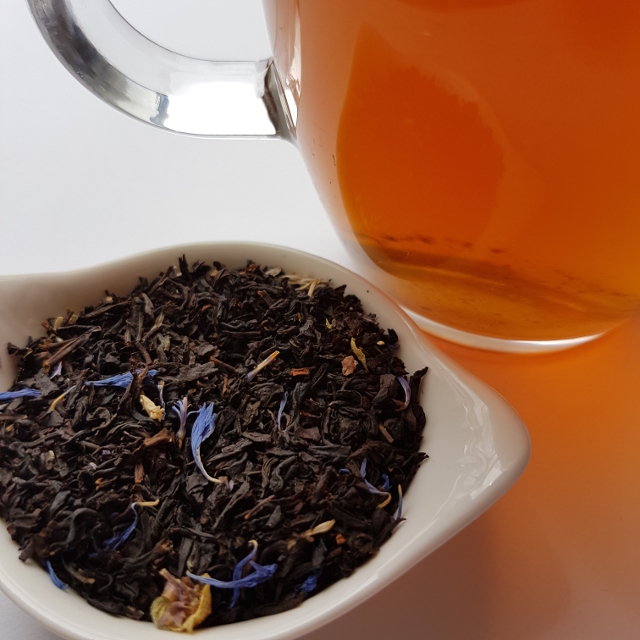 Loose-leaf Links is a feature where I gather together the interesting bits and pieces on sci-fi, fantasy and romance I’ve come across and share them with you over tea. Today’s tea is Quince Tea from Mrs Oldbucks Pantry. As the name suggests, it has a sweet, fruity flavour, thanks to the mallow blossoms and cornflower petals.

Those of you who follow me on social media will have already seen this, but I recently joined the Skiffy and Fanty Show. I’ll be working as their YA reviewer and my first post will go up in December. In the meantime, you can hear my first outing as co-host of one of their podcasts. Paul Weimer and I chatted with C.B. Lee, Cat Rambo and Nicky Drayden about participating in National Novel Writing Month.

The inaugural Nommo Awards were presented on 16 November. The awards are voted on by members of the African Speculative Fiction Society.

Rose Lemberg has a wonderful series on Writing While Autistic.

Books+Publishing is inviting anyone working in the Australian book industry to complete a survey on sexual harassment in the industry.

The Stella Prize team have curated Read Up, a series of book lists for YA readers looking to explore diversity in a number of different forms. While not necessarily SFF (although there are some great SFF recs), they are predominantly Australian.

Augur Magazine is looking for a poetry editor.

The Kat Muscat Fellowship is open for applications from Australian women or non-binary writers aged between 16 and 30.

Over at Tor.com, Chris Lough and Leah Schnelbach remind us that your writing career isn’t over if you haven’t been published before age 30.

All my wailing about it only being November hasn’t stopped Tor.com from releasing its reviewers’ Best Of list for 2017.

They’re also clearly gearing up for awards season and have thoughtfully offered this list containing all of Tor.com’s original short fiction for the year. Best get reading.

A.C. Wise is collecting eligible award nominees for the Hugos and the Nebulas.

She has also interviewed the editors of Sword and Sonnet, an anthology of stories about women and non-binary battle poets currently being Kickstarted.

Shaun Tan will be releasing a collection of illustrated short stories and a picture book next year.