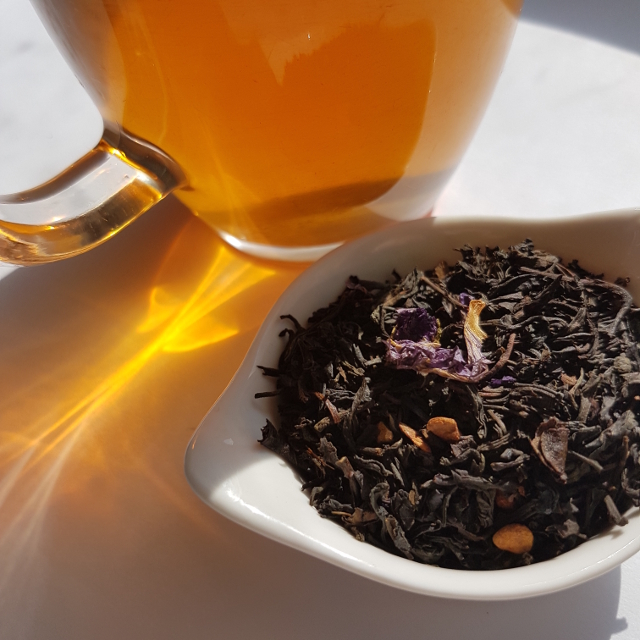 Loose-leaf Links is a feature where I gather together the interesting bits and pieces on sci-fi, fantasy and romance I’ve come across and share them with you over tea. Today’s tea is Plum and Cinnamon, a new blend from The Tea Centre. It’s a bit more cinnamon than plum for my liking, but makes a lovely afternoon tea.

The Handbook for Mortals saga continues, with Lani Sarem asserting the publishing business needs to learn from the music industry. Exactly what they’re supposed to be learning remains unclear. However, it seems Sarem is finally learning a thing or two about the publishing business, with Handbook for Mortals being listed on NetGalley… under New Adult, not Young Adult. Claribel Ortega livetweeted her reading of the book and includes excerpts of the text.

I previously mentioned Rose Christo, the author of notorious Harry Potter fanfic My Immortal, had stepped forward to deny writing Handbook for Mortals. However, it turns out she does have an autobiography coming out called Under the Same Stars. It will focus on her experiences in the New York foster home system and her quest to be reunited with her brother. Thanks to Gin Jenny at Reading the End for this tip.

On an unrelated topic, Russell Kirkpatrick joins in the debate on fantasy maps in a guest post on the Fablecroft blog.

In case you’re looking to get an early start on your prep for the Hugos, File 770 are keeping a list of series believed eligible for next year’s award.

2017 Hugo Finalists, nerds of a feather have recorded a cover of Led Zeppelin’s When the Levee Breaks and are raising funds for the Houston Humane Society, and the Greater Houston Community Foundation Hurricane Harvey Relief Fund.

In the wake of her cancer treatment, Tansy Rayner Roberts discusses portrayals of fictional mothers.

Over at John Scalzi’s blog, Susan Forest and Lucas K. Law talk about The Sum of Us, their forthcoming anthology about carers.

Stephanie Burgis writes about the onset of chronic illness and her new novel Snowspelled.

Skiffy and Fanty have a new column on LGBT+ community in SFF fiction. One of their recent podcasts also discusses bisexuality in SFF in honour of Bisexual Visibility Week.

And they also host Joyce Chng’s reflection on the state of SFF YA in Southeast Asia.

There are a heap of markets opening over the next few weeks. Fireside Fiction closes on 23 September, so get in quick! They’re looking for flash fiction up to 1K and short stories up to 4K. Uncanny Magazine opens for short stories and poetry from 2 October. Angry Robot will be open for novels from 1 November.

For local writers, the ACT Writers Centre have a number of publishing awards that will close on 6 October.

As previously reported, the Science Fiction Writers of America have reached an agreement with Hungarian science fiction magazine, Galaktika, over stories the latter republished without financial compensation to (or even the knowledge of) authors. A full list of those authors has now been published.

BadRedHead Media features an article on IndiePicks, a new review magazine focused on indie authors. It includes a few details on how authors can submit their books for review.

Simon and Schuster are celebrating the tenth anniversary of Cassandra Clare’s City of Bones with a new edition featuring illustrations from the talented Kathleen Jennings.

Amanda Bridgeman has unveiled the cover of her forthcoming novel The Time of the Stripes. Stay tuned for a review in coming months.

Tor.com have likewise revealed the cover for another book on my review list: City of Lies by Sam Hawke. Sam was understandably thrilled with it.

The Kickstarter for Ticonderoga Publishing’s forthcoming anthology Ecopunk! closes in just a few hours. If you’re trying to decide if it’s for you, check out this series of mini interviews with some of the authors (just scroll past the submission guidelines).

Amie Kaufman and Meagan Spooner will be touring through several Australian capital cities in November to promote their forthcoming book Unearthed. I have already booked my ticket.

Tsana Dolichva at Tsana’s Reads and Reviews is running a 100 stories challenge, aiming to get through one short story every day until the end of the year. Check out the details if you’d like to join in.

SFF Reviews, a new site dedicated to reviewing short SFF fiction, has just opened and are looking for volunteers to join their reviewing team.

Lady Business hosts a fantastic interview with Kate Elliott, which includes an excerpt from her forthcoming sequel to Black Wolves.

And lastly, Christina at Books and Tea has a review of two tea-flavoured candies. Yum.