You are here: Home > Who’s Afraid Too? by Maria Lewis

Who’s Afraid Too? by Maria Lewis 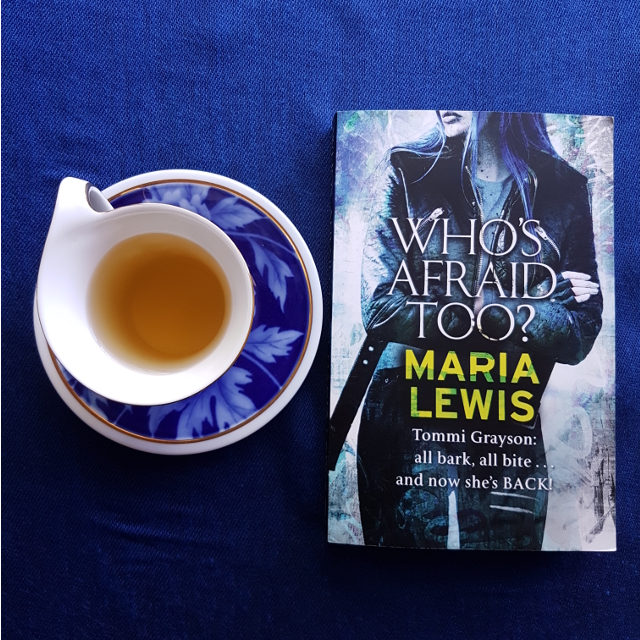 After the worst family reunion in history, Tommi needed some space. She’s spent the last few weeks trying to understand her heritage – the one that comes with a side order of fur – as well as learning about her Maori ancestry and how she can connect to it. But she can only escape for so long.

When an unspeakable evil returns, Tommi will need every piece of knowledge and all the skills she has. With the help of allies old and new, frenemies both helpful and super-annoying, she’s going to take the fight to the enemy.

Although I had some reservations, I enjoyed the first book in this series. Who’s Afraid Too? makes an excellent follow-up, retaining what I liked about the series. Tommi remains sassy but practical. She’s a very grounded person, who knows how to have fun but is always willing to do the hard work where necessary. Nor does the story put her on a pedestal, but shows her flaws, allowing her to be hypocritical at times.

However, this is not a story for deep character studies. Most of the other characters gave the impression of being more style than substance: likeable, but I never really got to see what was beyond the surface. Admittedly, that’s a hard ask, considering the number of new friends Tommi acquires. And the importance of style was something I really enjoyed about the book. Each of the characters has their own distinct sense of fashion and there are plenty of references to music and pop culture. These are not characters that live in a bubble. Art and beauty is something that remains important to Tommi and brings a sense of balance to the narrative–she’s not reduced to being solely a werewolf but retains her interests outside of the weird world she’s joined.

Tommi’s relationship with Lorcan was also particularly interesting. I enjoyed the way the story highlighted the problem with their relationship as one of trust and not necessarily that they are mentor and student. Tommi often calls Lorcan on his mysterious bullshit; keeping things from her is not a way of keeping her safe but is actively detrimental. But there is also nuance, and Tommi is reminded that compromise is sometimes necessary.

The plot is a bit predictable in places, with the villain easy to spot. However, it is nicely paced. The sex scenes didn’t really work for me and read a little awkwardly, but the action sequences were dynamic.

All in all, I found Who’s Afraid Too? a fun read. There were a significant number of loose ends to be tied up, so I look forward to seeing a sequel.