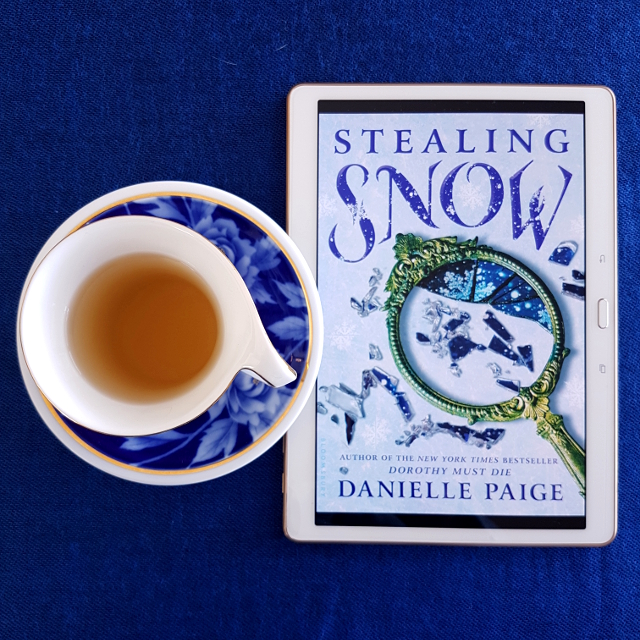 Seventeen-year-old Snow has spent the majority of her life within the walls of the Whittaker Institute, a high security mental hospital in upstate New York. Deep down, she knows she’s not crazy and doesn’t belong there. When she meets a mysterious, handsome new orderly and dreams about a strange twisted tree she realizes she must escape and figure out who she really is.

Using her trusting friend Bale as a distraction, Snow breaks free and races into the nearby woods. Suddenly, everything isn’t what it seems, the line between reality and fantasy begins to blur, and she finds herself in icy Algid–her true home–with witches, thieves, and a strangely alluring boy named Kai, none of whom she’s sure she can trust. As secret after secret is revealed, Snow discovers that she is on the run from a royal lineage she’s destined to inherit, a father more powerful and ruthless than she could have imagined, and choices of the heart that could change the fate of everything… including Snow’s return to the world she once knew.

This breathtaking first volume begins the story of how Snow becomes a villain, a queen, and ultimately a hero.

Stealing Snow is a mash-up of several different fairytales, primarily The Snow Queen and Snow White, with a little Alice in Wonderland thrown in for fun. This means there’s a lot going on in the story and I didn’t think it ultimately pulled it off.

The blurb isn’t quite an accurate description of the plot. When the love of Snow’s life is spirited away from the mental hospital in which they live, she manages to bust out with the aid of mysterious forces and another patient, then travel to the magical world to which he’s been taken. While I very much enjoyed the way she’s the one rescuing him, Bale functioned as a bit of a Macguffin and didn’t have much in the way of a personality. This made it particularly annoying when Snow used him as a justification for allying with people who are only out to take advantage of her and her magic. She’s frequently prone to declaring something is the only way. I understand that she lived a sheltered life and is in a strange world, but I would have liked to see her use her imagination a little more often. Also, for someone who was so suspicious of others while she lived in the mental hospital, she’s remarkably credulous once she breaks free.

Unsurprisingly, the use of mental illness conforms to problematic fantasy tropes. Characters are nebulously “crazy” or “insane”, with mental illness being used solely to set up the plot. This is not a book that takes a sensitive and nuanced approach to mental illness.

If you don’t like love triangles (or other geometric shapes), this book isn’t for you. There are three boys in love with Snow and she kisses all of them. I understand getting swept up in the moment, but at the same time, it didn’t really fit with Snow’s driving urge to save Bale and the way she treats him as her One True Love. Three love interests also seemed a bit excessive. The vague indication that there could be a reason behind it wasn’t enough for me to buy in.

There were some potentially interesting relationships between Snow and some of the other female characters, particularly the Robber girls. Unfortunately, they never got the space to really develop.

The ending was a hot mess with twist piled upon twist. The one twist that was foreshadowed was obvious quite early on. The rest came completely out of the blue.

All in all, Stealing Snow wasn’t my cup of tea.