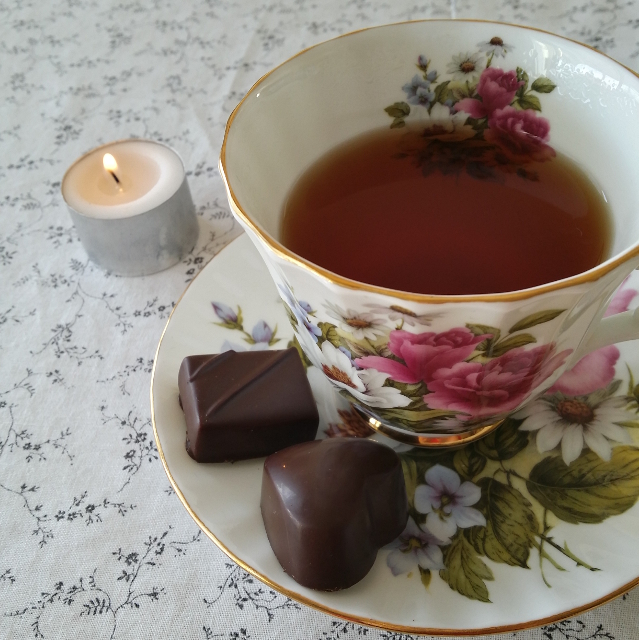 Today marks the second anniversary of Earl Grey Editing’s blog. I was very disappointed that Jazz Apple–the makers of the cupcake featured in my first anniversary post–had shut down sometime over the last year. I consoled myself with chocolates from Koko Black instead. The heart at the front is their dark chocolate Sienna Strawberry, a perennial favourite. The rectangle behind it is their dark chocolate chai, which seemed an obvious choice. It also tasted absolutely divine.

I’m a little surprised to find I’ve only been blogging and reviewing for two years. It feels like I’ve been doing this forever. And yet, I’ve learned a lot over the last year. In particular, I’ve been very pleased to start receiving physical ARCs from some publishers and hope to continue building on that (even if my bookshelves groan in protest). As regular readers will know, I’m also a judge for the Aurealis Awards this year. It has been something I’ve wanted to do for years but never would have had the confidence to try without my experiences of reviewing here.

Just like last year, I’m particularly pleased about how consistently I’ve managed to post. It was something that worried me a lot before I started blogging… and that was before I realised just how much work it was! Meeting the constant deadlines can be a challenge but one I feel I’ve tackled well.

Nevertheless, it is taking a toll on me. It is time for a holiday. So after next week, Earl Grey Editing will be shutting down for a little while. You can expect the occasional post–I’ll be checking in with my Mt TBR report and will still participate in Bout of Books. However, regular posting won’t resume until 19 September.

I look forward to telling you all about what I’ve been reading when I get back.