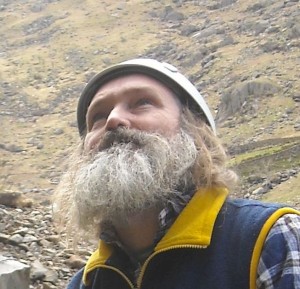 Dave Freer is the author of more books than he has fingers and toes to count them on. Some of them blundered onto the Wall Street Journal and Locus bestseller lists before respectable novels got together in a body and threw them back in the gutter where they belong.  Freer originally trained as an Ichthyologist, working for fisheries as the Chief Scientist on the Commercial Shark Fishery in the Western Cape (South Africa) but was tricked into writing by being told the hours were better, the meals more regular and the spelling requirements easier. They lied on all counts, but Freer is gullible. That’s why he has spent an inordinate amount of time clinging to cliffs by his fingertips, wondering when he’s going to fall to a sticky death, or arm-wrestling rock lobster in narrow underwater caves in a ‘who-gets-to-eat-who’ contest. If there is some job no sane person would take on, he’s probably made a horrible mess of it. It does give him something to write about, in between these forays.  He now lives on Flinders Island, in the middle of Bass Strait, loved by his dogs, ruled by his cats and survived by his wonderful long-suffering wife.  She puts up with his sense of humour and corrects his grammar, possibly because he does the cooking – which he does better than he writes, and she likes rock lobster.

1. Your latest novel Changeling’s Island was published by Baen earlier this year and is set on Flinders Island, where you live. Were there any unexpected challenges you encountered in setting the story so close to home? Would you do it again?

Always the hard questions first. Last time they asked me to spell my name, and would not accept that variety-in-spelling was good enough for Shakespeare, it should be good enough for a lowly writer like me.

Look, writing about your own community, your most beloved places always comes with a large, clear warning label that says “Do not try this in your own Universe. Contains many small working parts which can be easily damaged. Adult supervision may be required.”

Naturally only a fool will ignore these warnings – but then being an author requires at least some degree of folly, some degree of belief that ‘in my case it will be different.’ And when it comes down to being a fool and tempting fate, I am uniquely qualified…  Look, one of the other pieces of advice dished out to authors is to write about what you know about – or at least do extensive homework and get real experts to cross check you.  Besides being a fool, the next most important attribute an author can bring to writing is the ability to listen and to observe, and to put themselves in the shoes of other people. While I have the fool part naturally I do work very hard at the other aspects. Focusing on that would my advice to anyone else trying this. It did involve a lot of work, a lot of research, and a willingness to explore things from other viewpoints… but that is what I try to do anyway.

So: in summary – I expected it to be difficult and to venture cautiously. To see things from other points of view and immerse myself in that. Going in with that attitude got me a warm reception and a huge amount of help and support. It does help that I’ve made a consistent effort to integrate into this community, I love it, and I love the place.  As someone said it’s more like a love paean to Flinders Island and to rural Australia than just a book. I can live with that.

Would I do it again? Well, I’ve had plenty of nagging to do that. Probably not in the short term, as I believe changing ground helps to keep me fresh and learning about my craft.

2. In addition to being published by Baen, you also self publish. Would you consider moving away from traditional publishing entirely or do you find the balance works for you? 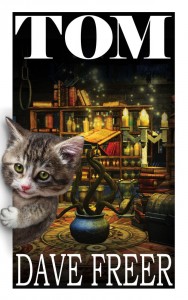 Well, I’ve published with Baen, Pyr and DAW. I am still under contract for some more work with Baen, and, as a fairly militant author standing up for authors ability to make a reasonable living, Baen are probably the only Traditional Publishing house I have any real interest in working with in future, under the present contract regimes on offer (they pay slightly better percentages and are less exploitative and restrictive in their contracts). I intend to stick with hybrid and gradually move more into doing it myself.

I’m a rock-climber, and diver and a guy who spends a fair bit of time at sea in small boats – and have for many years – why do I mention this? Well, because it reflects my attitude toward the business of publishing. It – like the above – is a risky business, which you really have to love to want to do in all weathers (or conditions of life) especially long-term. If you want to stay alive/in business, you have to balance something that is really risky with some thought, sense and care, with backup plans. It is really obvious that traditional publishing is in dangerous and uncharted waters at the moment. So is self (indy) publishing.  While indy has some serious financial advantages, paying the author a far better share of that cover price (few people realize I’m getting 64 cents US for that traditionally published paperback you just paid $25.00 for) there are downsides.

Realistically you need to contract out the actual benefits of traditional publishing – editing, proof-reading, and covers. It’s worth pointing out that most traditional publishers have seriously cut back on these in the last few years. Most authors are already shouldering the bulk of the promotion on social media, for which they get a very small part of the reward, so indy makes a lot of sense, if you have to do the work anyway. You get paid better, more often, and the accounting real-time transparent. There are no advances, so it does reflect directly on your ability to get readers and be popular with them, but given that I am writing to please readers… well, this is a risk I am willing to take.

However – Spreading your risks is still a smart thing to do. Amazon accounts for over 95% of my sales, and while they’re – compared to traditional publishing – relatively generous and easy to work with, there is a real chance this could change. I’d like to see authors taking pre-emptive steps, getting co-ops going, making more direct linkage with readers (and yes, this is in my future planning).

Besides it gives me the flexibility to write what I think readers want, and what I want to write, instead of just what my publisher thinks they want.

3. You’ve tackled quite a broad spectrum of speculative fiction, from high fantasy to hard sci-fi/satire to alternate history. Are there any sub-genres you haven’t tried that you’d still like to tackle?

Heh. Any I haven’t tried. Seriously, it’s my belief that it keeps me fresh, keeps me learning – and cross-pollinates the rest. There are new skills to be learned from every genre, and I read catholically – from romance to lit. fic. (I prefer romance, and it generally exhibits more craft) from biographies to hard sf (where I tend like the science but wish they’d learn some of the plot and character skills more typical of fantasy). I like some more than others but all of them have something of value, even if it is ‘don’t do that.’ I have a paranormal historical romance in the planning, a hard sf trilogy, a couple of satirical space operas, and a Regency-set fantasy, and a Brythonic high fantasy bubbling away.

4. What Australian work have you loved recently?

Dirk Flinthart’s A PATH OF NIGHT. He should get off his dead arse and write more. A lot more. Seriously, for a first novel it was pretty slick and well executed and thought out. I loved the touch of dry humour – but I really appreciated the fact that it was very Australian (that’s one of the reasons I am trying to put more Australia into my books. I don’t do it as well as Dirk). I also enjoyed THE LASCAR’S DAGGER – which is Glenda Larke at her best.

I think, having been on entirely too many crowded long-haul flights that the first choice would a dead one, I don’t mind which, so long as they’d been cremated. I would put the little urn in the overhead rack, and sleep and hope there was not too much turbulence. That’s an incredibly hard question to ask! My list goes on for days and would depend on my mood – ranging from Diana Wynne Jones to Garth Nix. Margaret Mahy would probably be the most fun, although I’d never turn down a seat next to Sir Terry Pratchett.