By Elizabeth on June 24, 2016 in News and Signalboosts 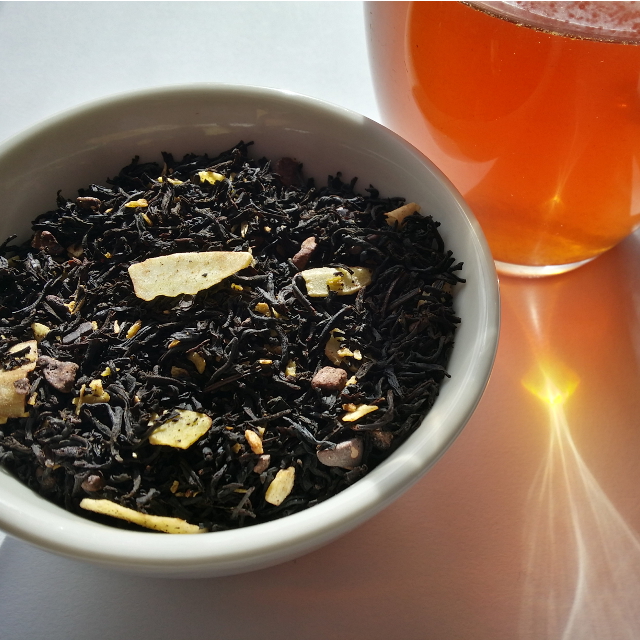 Loose-leaf Links is a feature where I gather together the interesting bits and pieces on sci-fi and fantasy I’ve come across and share them with you over tea.  Today’s tea is a Lamington tea from T2. With pieces of coconut and cocoa nibs, it’s quite sweet and definitely a sometimes tea. It also goes nicely with milk.

The designers of the Hugo Award trophy bases have been announced.

Colin Steele, former judge of the Prime Minister’s Literary Awards, highlights instances where the Prime Minister has overruled the jury. It offers some interesting insights into how the award works and Australian politics.

Swancon has just announced Wesley Chu as the international guest of honour for next year’s convention. Swancon 42 will run in Perth on 13-17 April 2017.

Continuum 12 took place a fortnight ago. At the closing ceremony it was announced that next year’s international guest of honour will be Seanan McGuire.  The convention will take place on 9-12 June 2017.

In water is wet news, a new study confirms the gender bias in Australian literature.

Male authors were found to be more likely than their female counterparts to have their work featured in published reviews. Despite the fact that two-thirds of published authors in Australia are women, two-thirds of the books being reviewed are by men – a ratio that has remained largely the same for 30 years.

Over on Strange Horizons, Salik Shah writes about being an SFF reader in Southeast Asia and the challenges of developing homegrown writing.

Also over at Strange Horizons, Renay shares her history with awards shortlists and her feelings on Lady Business being shortlisted for the Hugo Awards.

Tor.com are open for novella submissions until the end of the month, but only for the genres of cyberpunk, time travel, space opera and near-future thrillers.

If you haven’t previously been a published middle-grade or YA author but have a finished manuscript, you might want to consider submitting it to the Ampersand Prize when it opens on 1 September.

A reminder that Kat Clay is looking into establishing an Australian Science Fiction and Fantasy Writers’ Association. If you haven’t already, please fill out her survey. She has also created a Facebook page.

Daniel José Older weighs in on why the advice to write every day is nonsense.

The Science Fiction Writers of America’s June market report has quite a few interesting links.

Sign ups for the next 24in48 reading challenge are now open. The challenge will run on 23-24 July, with participants aiming to read for 24 of the 48 hours.

And lastly, the electronic copy of the Canberra Speculative Fiction Guild’s most recent anthology The Never Never Land is due to launch on 1 July. To mark the occasion, they are running a series of interviews. So far, they have interviewed Thoraiya Dyer and Rivqa Rafael.

Once Upon A Time X: epilogue
The Blackmail Blend by Livia Day