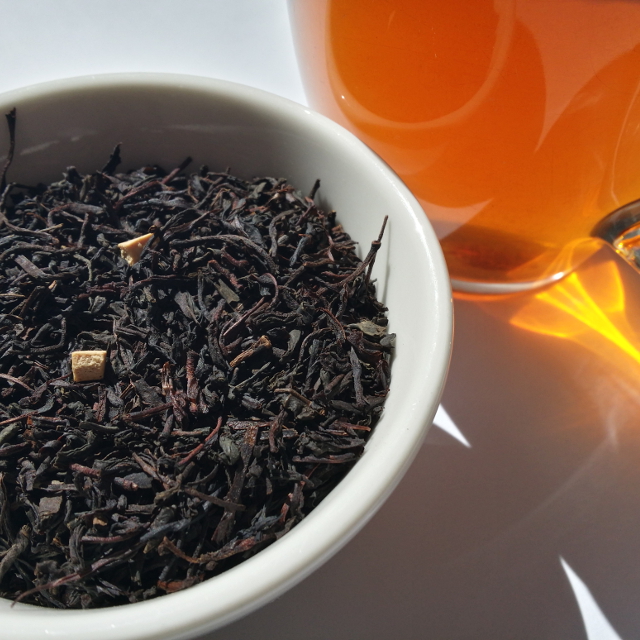 Loose-leaf Links is a feature where I gather together the interesting bits and pieces I’ve come across and share them with you over tea. Today’s tea is Sticky Toffee Pudding from Adore Tea. Its caramel tones are perfect for those with a sweet tooth… or those looking for an alternative to Easter eggs. 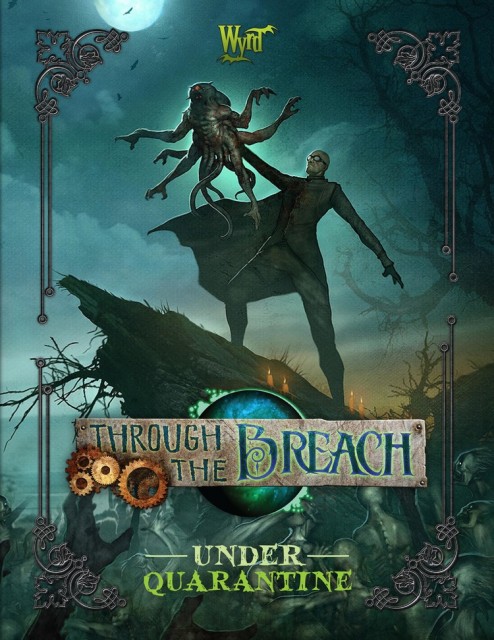 Today Wyrd Games are releasing the latest expansion to Through the Breach, their roleplaying game. I was delighted to co-write a chapter for Under Quarantine with Matthew Farrer and Rik Lagarto.

A while back I reviewed C.S. Pacat’s excellent Captive Prince trilogy. Over on Vilma’s Book Blog, best-selling authors Sara Raasch, V.E. Schwab, Sarah J. Maas and Lauren Billings (one half of Christina Lauren) catch up to discuss their love of this series. Spoilers ahoy!

The winners of the Jim Baen Memorial Short Story Award were announced earlier this week. The competition focuses on the near future of manned space exploration.

The Sir Julius Vogel Awards recognise achievement within New Zealand speculative fiction and fandom. The nominees for this year have been released and I see I have a lot of reading to catch up on!

The short list for the 2016 Stella Prize has been narrowed down to six books. The Stella Prize celebrates the literary contribution of Australian women.

The Inky Awards are presented for achievement in YA literature, with categories for best Australian YA and best international YA. The longlists are out and expressions of interest are currently being sought for judges. Applicants must live in Australia and be 12-20 years of age (a shame, else I’d totally apply).

Having trouble figuring out what to nominate for the (not-a-Hugo) John W. Campbell Award for Best New Writer? Then check out Up and Coming. This is an anthology of 230 stories written by authors eligible for this award. The e-book is currently available for free but only until 31 March.

The ballot for the Locus Awards is now open. Anyone can vote, though subscribers to Locus get their ballot counted twice. A survey is also included at the end.

The jury for the 2016 James Tiptree Jr. Award has just been announced. The award encourages the exploration and expansion of gender.

Found via Rivqa Rafael, an article on the patronising questions we ask women who write. It ties in nicely with this list of responses writer Diana Spechler receives when men in airport bars ask her what she does for a living (article also found via Rivqa).

Over on YA Interrobang, Nicole Brinkley takes a hard look at sexism in YA. It’s a super long article, but well worth reading.

Ambelin Kwaymullina discusses three myths created by misdiagnosing a lack of Indigenous voices (and other diverse voices) as a ‘diversity problem’.

J.K Rowling caused some controversy recently when she released some worldbuilding she’d done for her Potter ‘verse on magic in North America. N.K Jemisin expresses her disappointment over the reductive approach taken to representations of Native Americans. Jim C. Hines has a round-up of further links on this particular topic.

With this in mind, KJ Charles’ article on how to like problematic things is rather timely.

Submissions for People of Colo(u)r Destroy Horror opens on 1 April to anyone identifying as a POC. Stories may be up to 7500 words.

Sci-fi Romance Quarterly are also seeking submissions for Issue #11. Deadline is 15 May.

Marianne de Pierres is running a workshop on writing speculative fiction at the NSW Writers Centre on 30 April. You’d better get in fast because it is sure to book out quickly!

Satalyte Publishing is bringing best-selling author David Farland to Australia. I’m delighted to see he’ll be a Guest of Honour at Conflux in October (particularly because I already have a ticket!)

David also recently posted this excellent (and very thorough) check-list of ways to boost your story.

Jim C. Hines shares a pair of posts about his recent foray into directly selling e-books.

Twelfth Planet Press have announced they are releasing a collection of short stories by Rjurik Davidson in 2017. Dark Tides will span science fiction and fantasy, surrealism and magic realism.

The digital retreat continues. Over the past couple of editions, I’ve mentioned digital publishers Samhain Publishing and Momentum Books are both winding up. Now Barnes and Noble have shut down their Nook stores everywhere except the US and are no longer supporting e-books.

In contrast, fantasy author Pamela Dean is working to bring her stories back into print and into electronic format. I’m personally hanging out for an electronic edition of Tam Lin.

From Cait at Paper Fury, here are a few things bookworms never want to hear.

And lastly, have a history of the tea-creating machine in fiction. How did I not know there was Ancillary-themed teas? I must get my hands on some…