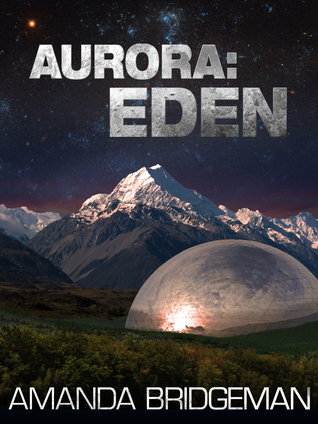 In the wake of the tragic events in Centralis, Captain Saul Harris stands with the weight of the world on his shoulders. With the truth of UNFASP revealed, he realizes that he must embrace his ancestry if he is to survive the coming onslaught. But how far will Harris go to protect the future? Will he sacrifice life as he knows it and become a Jumbo? Or can he face the future as a common man?

Meanwhile Sergeant Carrie Welles has been left devastated by what has happened. Uncertain of the future ahead, and with her nemesis, Sharley, on the brink of control, she struggles to pick herself up. But she is left surprised when help comes from the unlikeliest of places.

As her life veers off in a direction she never expected, Carrie soon understands that she is running a course with a destiny that lies far beyond her control. A destiny that is strangely aligned with her Captain’s.

In my review of Aurora: Centralis, I mentioned that it was a transitional book and suffered a little from middle-book sag. Eden occupies a similar space but is a more tightly-written book than its predecessor.

Centralis left off just after the funeral of a significant character: Carrie’s love interest, Dan Walker. The first part of the story involves Carrie coming to terms with her grief. A nice balance was struck between showing how Dan’s death was a devastating, life-changing event for Carrie while avoiding sinking into maudlin cliche. She pulls out of it, but only with difficulty and with help from the people around her. Then, once she has recovered, she still feels some pangs of guilt and grief but doesn’t allow them to prevent her from moving on with her life.

Again, like Centralis, the focus is very much on relationships. A couple of significant relationships undergo transformations, not least being that between Carrie and Captain Harris as they come to terms with the psychic connection between them. It was nice to see this kept strictly platonic, even as their bond deepened.

Threads set up by previous books begin to pay off in Eden. For example, it was nice to see Lieutenant Gold–a minor character from Meridian and Centralis–become a point-of-view character. This gave him more depth and allowed his motivations to come forward, changing him from a smarmy irritation into a sympathetic character.

In keeping with the pattern of the last few books, there isn’t a lot of action until the last quarter of the book. However, the climactic battle was well worth the wait. The setting was rather different to previous battles and this added a layer of tension to what was already an intense sequence. I appreciated the different styles of fighting; Yughio’s creative use of agility and tactics was especially satisfying and nicely foreshadowed throughout the book.

The Aurora series continues to be an enjoyable read and I remain interested in following the story. In fact, I’m a little bit sad to have caught up with it because for the first time it means I’ll have to wait a while for the next book. The cliffhanger ending is going to make that wait especially hard.

One thought on “Aurora: Eden by Amanda Bridgeman”