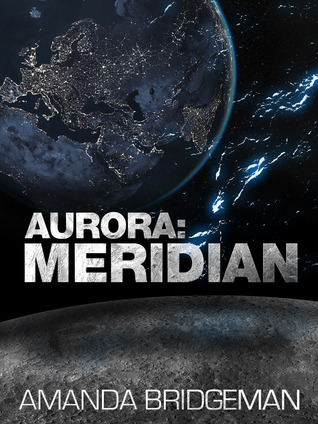 Captain Saul Harris has found himself at a crossroads. Haunted by dreams of the dead, he fights to keep his soldiers safe as events spiral out of his control. But has his search for the truth led him to discover there is more to this mission of chasing Sharley than meets the eye?

Meanwhile, Corporal Carrie Welles seeks revenge. Consumed with demons from her past two missions, she goes rogue in the hope that her actions will end all the pain and suffering the Aurora team has endured. But will facing the enemy free them all from Sharley’s cruel grasp, or has she condemned herself to a suicide mission?

As the mystery of Sharley and UNFASP unfolds and lives hang in the balance, Harris and Carrie are forced to search deep inside themselves, and what they find will shock them

When the previous book left off, Carrie had just been unwillingly transferred off the Aurora after her inappropriate behaviour led to a conflict between other crew members. Her humiliation by friend and foe made Aurora: Pegasus a difficult read for me and I was a little bit wary of where Aurora: Meridian might lead.

The book picks up almost exactly where Pegasus left off–with Carrie aboard the Vortex in shock over her abandonment by the crew of the Aurora. While this despair is completely understandable, I was also glad to see Carrie doesn’t wallow in it. Instead, she lets it crystallise into a determination that drives the rest of the book. She vows to get revenge, not against the crew of the Aurora, but against the man that started it all: Dr Sharley. It is a dangerous plan, but it works in the context of the story because it is clear Carrie is acting from a place that isn’t entirely rational after all the trauma she has endured.

While there is a hardness to Carrie’s determination, it doesn’t strip her of compassion. This is especially made evident by Carrie’s attitude towards the crew of the Vortex. She does her best to avoid getting close her new crew members, partly to make her escape easier. However, she also quickly realises that her presence among them puts them at risk and she does not want to see any more of her crew members die. And even though she does her best to keep her distance, she isn’t entirely successful. This only made me like her more.

Interestingly, I liked Captain Harris a bit less. Throughout the series, there has been some underlying suggestions that the crew of the Aurora aren’t very far removed from the Jumbo super-soldiers they face. Sharley has had designs to convert them since the very beginning of the series and I can see why. Harris comes across as particularly territorial in this book, both in incidents with his family and in his early exchanges with Captain Lee of the Vortex. This didn’t particularly endear him. Sharley insists that Harris will make a great leader for his Jumbos, and perhaps he may. But I’m not convinced he is doing a good job with his leadership of theAurora.To be fair, the circumstances have been difficult and I felt he began to redeem himself a little in the end.

Overall, I found Meridian to be a stronger book than Pegasus. The pacing has improved and I found it a bit less predictable. My one criticism is that the ending started to feel a bit soapy for me. I feel that Aurora: Centralis is going to need to tread carefully with its treatment of relationships. Nevertheless, I found Meridian an enjoyable read.

One thought on “Review – Aurora: Meridian by Amanda Bridgeman”