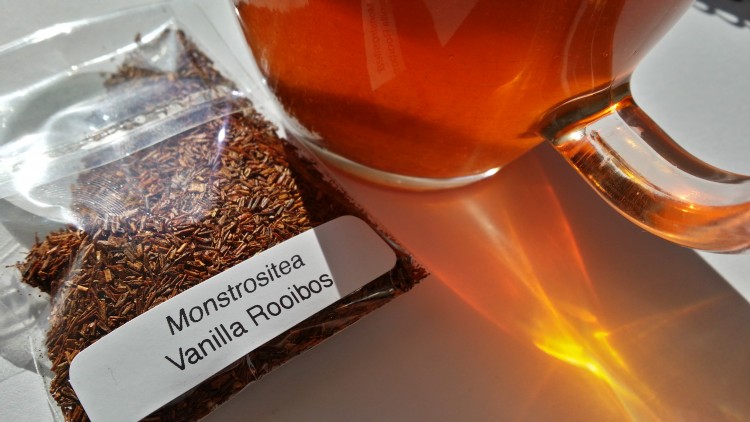 Loose-leaf Links is a feature where I gather together the interesting bits and pieces I’ve come across in the last month and share them with you over tea. Or, in this case, over something vaguely similar to tea. The vanilla rooibos came courtesy of my Monstrositea subscription.

The Gemmell Awards are now open for voting. I notice a sad lack of female authors on the ballot, with just one (Kameron Hurley) across both writing categories. The artists don’t fare much better.

The winners of the Nebula Awards have been announced and achieve a better balance of genders.

Fantasy Faction have an interesting article on gender stereotyping and strong women in fantasy. I’m not sure I agree with all of it, but it is worth a read.

I found this article from Liz Bourke on how we talk about strong female characters to be closer to the mark.

Tansy Rayner Roberts’ Guest of Honour speech for Continuum 11 was reposted on SF Signal and discusses female fantasy writers and the politics of influence.

Australian residents might be interested to know that the Canberra Speculative Fiction Guild is partnering up with Conflux 11 to run a short story competition. They’ll be accepting stories up to 4000 words on the theme of light and light-based technologies.

coeur de lion are accepting submissions for Dimension6 (first issue reviewed here) until the end of the month. They’re looking for speculative fiction stories of up to 40 000 words, with a 4 500 minimum.

Looking for a reading challenge? The Estella Society is running Season 3 of their Estella Project. Pick a book (or several) and read it before 1 September. I’ve been thinking this might be a good opportunity for me to pull out that copy of The Shadow of the Wind I’ve been meaning to get to.

Ursula Le Guin explains why she asks people not to buy books from Amazon.

Twelfth Planet Press have announced the Table of Contents for their Year’s Best YA Speculative Fiction 2014. Readers familiar with Kaleidoscope may notice some overlap.

Ticonderoga Publications have also announced the Table of Contents for Bloodlines, edited by Amanda Pillar (who some of you might recognise as the author of Graced). The anthology is being billed as non-traditional dark urban fantasy and will be available in October.

2 thoughts on “Loose-leaf Links for June”