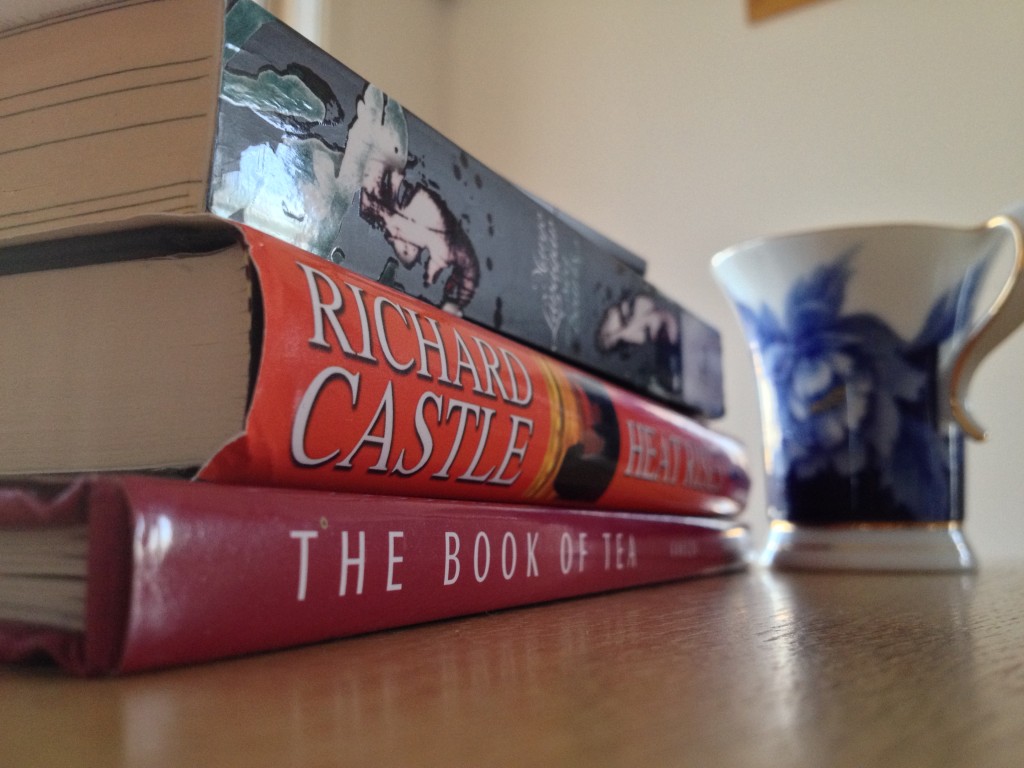 A few years ago, I made an optimistic New Year’s resolution to finish the year with a smaller Mt TBR. If the overall total was less than it had been on 1 January–even if it was only by one book–I’d count myself successful. It’s a goal I’ve never managed to achieve, but I continue to live in hope. In pursuing this lofty ideal, I’ve learned to carefully track both Mt TBR and what I’ve read using a variety of spreadsheets (including one adapted from Fyrefly). This helps me make sure multiple copies of the same book don’t bloat Mt TBR. It also helps me gather data on what I’ve read, for instance: ratio of male and female authors; ratio of Australian and international authors; genre; and ratings. At the end of every month, I check on what I’ve read and acquired. I also check on the overall height of Mt TBR (which usually brings on a strong need for a cup of tea).

I thought I would share these reports here. This is not out of a misguided notion that creating public accountability will help me achieve my goal–I have no delusions on that front. If anything, starting this blog will make things worse. However, I love to poke through other people’s book lists; it’s always fascinating to see what they are reading or want to read. I’m sure I’m not the only one. While I’m on Goodreads, it’s not really the space for this sort of report. I also hope that sharing them here might start some additional conversations (you may have noticed that I like to talk about books).

So, without further ado, here is this month’s report.

While September’s month’s total is down on August, I’m pretty sure I can farewell any chance of getting back down to January’s total. Especially with Conflux starting today.

39. Heat Rises by Richard Castle: The third book in the ghostwritten Nikki Heat series tied in to the TV show Castle. Entertaining enough for fans but probably not of much interest otherwise. The tone and characterisation seem to vary a bit from book to book, indicating each book was ghostwritten by someone new. It makes for a rather uneven series and this wasn’t one of the better books.

40. The Passage of Pearl by Lynn O’Connacht: A fantasy novelette about a university student who discovers an extraordinary book. It tends more towards slice-of-life than adventure, featuring some nicely understated species dysmorphia.

42. Lavender Blue and Other Poems by Elizabeth Conall: A comprehensive collection of Conall’s poems from 2013. As with most anthologies and collections, the quality is a bit uneven. However, it shows an impressive command of poetic form and fantastic diversity of characters.

43. The Book of Tea by Okakura Kakuzo: Considered by some to be a sacred text, this is an examination of the history and philosophy of tea preparation in China and Japan. The book pays particular attention to the Japanese tea ceremony and its links to Taoism and Zen. A fascinating read for dedicated tea lovers.

This gets its own section because the immediacy of online reading tends to short-circuit any attempts to record it as part of Mt TBR.

Xxxholic Vol. 1 by Ohkawa Ageha: A manga with a very misleading title. A boy able to see spirits and magical forces agrees to work in an occult shop in exchange for the owner ridding him of his undesired ability. It wasn’t quite enough to hook me in.

Boundary Lines by Elizabeth Barrette: A poem in an ongoing series about Brenda, a badass Private Investigator who happens to use a wheelchair. The poem examines some of the boundary violations Brenda experiences as well as illustrating more respectful behaviour.

Skip Beat Ch. 215 by Nakamura Yoshiki: A shojo manga. When a young girl is dumped by her rockstar boyfriend, she vows never to love again. Determined to ruin his career, she enters show business to get her revenge and discovers a talent for acting. Light-hearted fun.

The Court of Five Thrones, Ch 6
and Strange Sights, Ch 12 & 13 by Pia Foxhall: These are at completely the opposite end of the spectrum from Skip Beat. Both of Foxhall’s stories are classified as m/m erotica, are explicit and come with some heavy trigger warnings–particularly the latter. They’re both set in the same vibrant fantasy world and feature wonderfully faceted characters. Definitely NSFW.