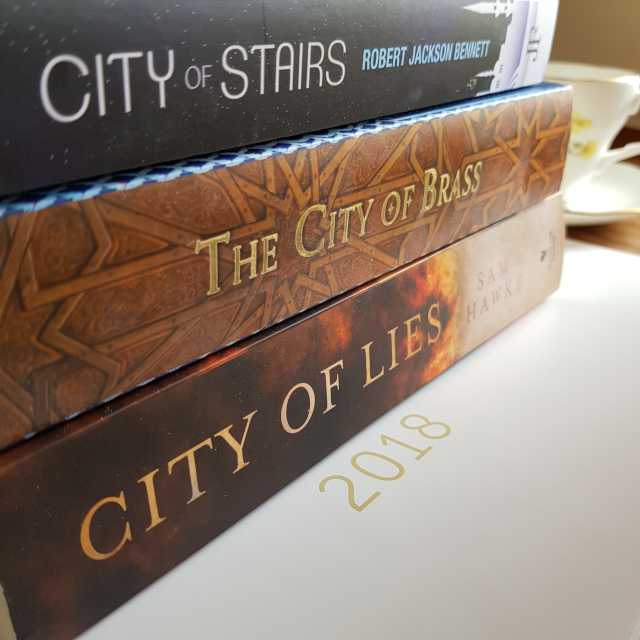 With Christmas now just a couple of days away, Earl Grey Editing is shutting down for the year. I’ll be on holiday as of today until 7 January, making this my last post of 2018.

Before I go, I thought I’d share my favourite reads from this year. These are not books that were necessarily published this year, just read by me this year. In no particular order: 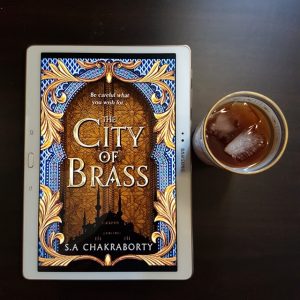 The City of Brass by S.A. Chakraborty. Nahiri is a con-woman with a talent for magic she doesn’t believe in. When she accidentally summons a djinn, she gets swept into a world of magical creatures and political intrigue. It’s a brilliant start to a new series. You can see more of my thoughts in my review.

It was a year for cities. Also on my list is City of Lies by Sam Hawke. This impressive debut novel is basically a locked-room murder mystery in which the locked room is actually a city under siege. It follows Kalina and Jovan, siblings whose uncle is murdered along with the Chancellor of the city. As a proofer, or poison tester, Jovan has the task of trying to keep the new Chancellor alive long enough to figure out who the traitor in their midst is. Kalina assists by putting her spycraft to good use, though is occasionally hampered by her chronic illness. It’s an enthralling novel that subverts fantasy tropes to examine issues of family and class. You can see more of my thoughts in my review.

In addition to being a fantastic writer, Sam also has impeccable taste in books. I read The Divine Cities by Robert Jackson Bennett partly at her recommendation and partly because it was on the Hugo ballot for Best Series. The first book is City of Stairs and is about a foreign spy with an infamous past who comes to an occupied city to investigate the death of an academic friend. An Eastern European-inspired fantasy with a complex political landscape, an interesting magic system and a protagonist who drinks as much tea as I do. Thoughtfully written and engaging. 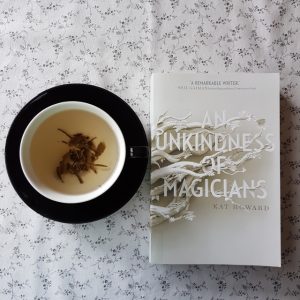 While it might not have the word “city” in its title, An Unkindness of Magicians by Kat Howard is a thoroughly urban story. The Turning has come and the elite magic Houses of New York City have come to vie for a place in the new order. It is told from a number of perspectives and deals with the themes of the abuse of women and the cost of power. I found it a dark and atmospheric contemporary fantasy that incorporates thriller elements and had me glued to the page. You can see more of my thoughts in my review.

Getting away from the city and into the frontier, we have The Ghost Wolves duology by Alex Wells. This is space fantasy Western at its finest. In the first book,Hunger Makes the Wolf, Hob is a gang member on a mining planet owned by an important corporation. When the corporation kills her gang leader’s brother and kidnaps his niece, Hob starts poking around in some dangerous places. It was delightful to see strong relationships between women playing an important role. You can see more of my thoughts in my review. 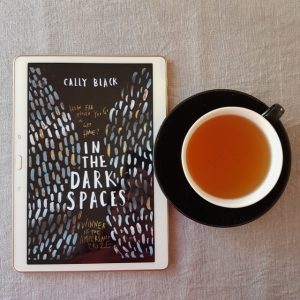 In the Dark Spaces by Cally Black takes us into the depths of space. This is a sci-fi YA about a young girl who is taken prisoner when aliens attack the freighter on which she’s stowed away. In the Dark Places stomped all over my feelings. It is about grief, trauma, capitalism, family and belonging. It also does an excellent job of making the aliens seem both alien and relatable. You can see more of my thoughts in my review.

Keeping to space, we have Record of a Spaceborn Few by Becky Chambers.The third of the Wayfarers series. This is basically a book about a fleet of generation ships who have arrived at their destination and the descendants of those who chose to continue living on board. Told from multiple perspectives, it’s really a story about community. In that sense, it rather reminded me of New York 2140 by Kim Stanley Robinson, albeit with better character work. It was kind, heartbreaking and aware of nuance. 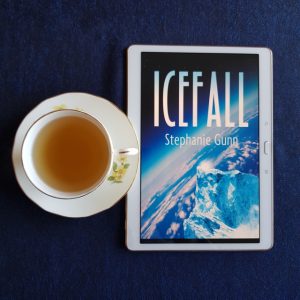 Space meets mountineering in Stephanie Gunn’s novella Icefall. A former priestess and mountaineer goes to support her wife’s bid to become the first person to summit the tallest mountain on a new planet. The story blends hard science fiction with spirituality, then packs the cast full of diverse women and puts some compelling relationships at the heart of it all. You can see more of my thoughts in my review.

In Other Lands by Sarah Rees Brennan takes a more YA approach to queer relationships. This was another book I read because it was shortlisted for the Hugos. Elliot is a snarky, bisexual teen who is abducted to a training camp for defending the wall between our world and the magic Borderlands. Once there he meets Serene–elf and queen of his heart–and Luke, his rival for her affection. It satirises some of the tropes of high fantasy–both sexist and otherwise–while telling a gorgeous story of friendship and romance. I loved it to pieces.

And lastly is Snowspelled by Stephanie Burgis, an alternate-history-infused fantasy romance. Four months after losing her magic, Cassandra finds herself at a house party with her ex-fiance. The pair are thrown together when they’re called upon to rescue some fellow house guests. Charming and exactly what I needed. It had a nice balance between the fantasy and romance elements, as well as doing some interesting things with gender and worldbuilding. Special mention must also go to Stephanie’s novelette The Disastrous Debute of Agatha Tremain. In the same vein as Snowspelled, this is a delightful story about a young woman who lives for the unladylike study of magic. One day, Agatha’s overbearing aunt arrives and whisks her away, determined to see Agatha debut and marry well. This was such a charming story. I don’t want to say too much for fear of spoiling it, but I highly recommend it.

I hope those of you who are celebrating have a wonderful holiday. May the new year bring you an abundance of tea and books. I look forward to seeing you in 2019.