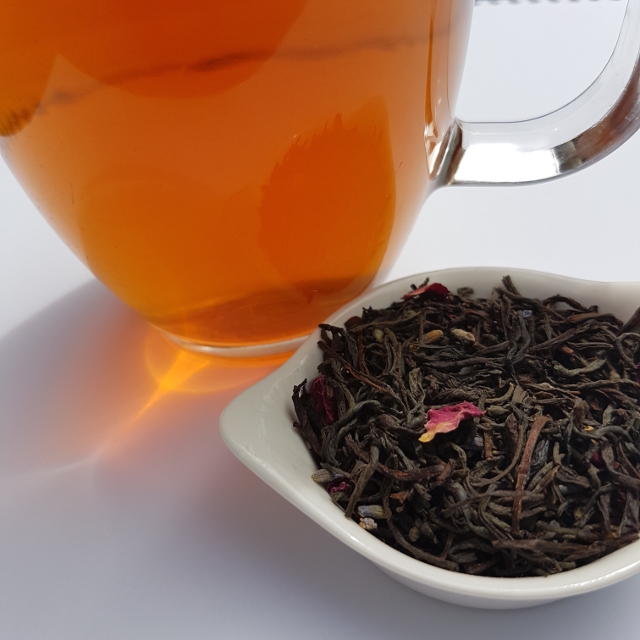 Loose-leaf Links is a feature where I gather together the interesting bits and pieces on sci-fi, fantasy and romance I’ve come across and share them with you over tea. Today’s tea is Heavenly Earl Grey from Adore Tea. It’s a little lighter on the bergamot than some other Earl Greys, instead having a bit of a musky flavour from the lavender and rose.

Awards season is gearing up once more and there are a number of awards open for submission, including:

The Ditmar Awards. If you’re active in fandom or attended the Australian Natcon, you are eligible to nominate! This partial list of eligible works might help you decide.

The Norma K. Hemming Award. The award is given to mark excellence in the exploration of themes of race, gender, sexuality, class or disability in speculative fiction and is open to Australian authors.The jury was also recently announced.

The 2018 Rhysling Award, an international award for excellence in speculative poetry.

The 2018 Mythopoeic Awards, open to nominations by members of the Mythopoeic Society.

Meantime, the entries for the Aurealis Convenors’ Award for Excellence have been released. I do not envy the judges–there are some fascinating and disparate submissions.

A reminder that nominations for the Down Under Fan Fund close 31 January. DUFF will send one Australian or New Zealand candidate to the US to attend WorldCon 76 in August.

Nominations are currently also open for the Going Under Fan Fund and will close 15 February. GUFF will send one European fan to Australia to attend Continuum 14 over 8-11 June.

WorldCon 76 is calling for papers for their academic track. The theme is Make the Future and the deadline is 5 February.

The Review of Australian Fiction is closing its doors. The publication included many SFF writers in its issues over the years, so it’s a sad loss for the Australian spec-fic community.

The Australasian Horror Writers Association are looking to rebuild. If you are an old member or interested in becoming a new member, they request you contact them.

Over at Tor.com, Sarah Gailey discusses fear of the female voice.

A.C. Wise has a new column over at The Book Smugglers called Women to Read.

I hope you’ve all been busy over the break because there are a lot of markets opening for submission! Apex Book Company (an outgrowth of Apex Magazine), is open for novels and novellas until the end of the month.

Kaleidotrope is open for fiction, non-fiction, poetry and artwork until 1 April.

Sword and Sonnet, an anthology about women and non-binary battle poets, is open for submissions throughout the month of February. Word limit is 5K.

Twelfth Planet Press is giving early notice that they will be open for novella submissions in September.

And Jonathan Strahan is already taking reprint submissions for his 2018 The Best Science Fiction and Fantasy of the Year anthology.

In other news, Jim C. Hines discusses his 2017 writing income.

Over at Book View Cafe, Marie Brennan discusses how to create rivers for fantasy worlds.

Charles Peyseur is having a wonderful time over at Quick Sip Reviews with the 2017 Sippy Awards, including categories such as “I’d Ship That” Sippy Award for Excellent Relationships in Short SFF.