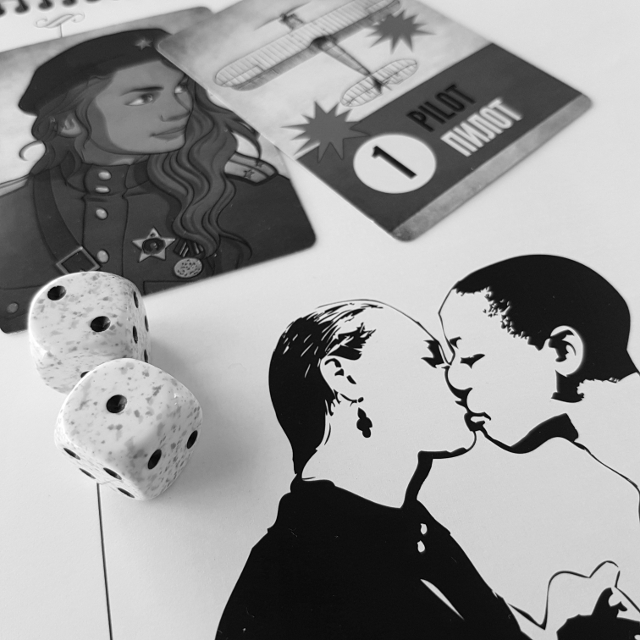 At Continuum 13, I had the pleasure of sitting on the Tabletop Gaming panel with Aidan Doyle, Darryl “Owlbear” Brown, Laura Wilkinson and Bryce Campbell. The discussion was a mix of designer and player perspectives, and remained an upbeat conversation throughout. We could have continued for hours.

One of the things I touched on in the panel was feminism and gaming. I wanted to elaborate a little on that here.

The rise of Kickstarter has brought a new golden age for indie RPGs. As the panel mentioned, you can now find something for everyone. This includes games that have strong feminist influences and encourage diversity. A few of the games that have come across my radar include:

Bluebeard’s Bride by Whitney Strix Beltrn, Marissa Kelly, and Sarah Richardson. This gothic horror RPG is still in production, but you can still preorder and check out their Kickstarter pitch video. Players collectively form Bluebeard’s Bride, playing different aspects of her psyche as she explores her husband’s mansion. Although the game uses the structure of the original fairytale, it encourages players to tell their own versions, allowing space for the empowering as well as the tragic.

Eclipse Phase by Posthuman Studios is a cyberpunk game which has just Kickstarted its second edition. This game is perhaps a little less explicitly feminist than the others. However, being concerned with posthumanism, it allows space for exploration of gender and disability through mechanisms for swapping and augmenting bodies. Perhaps unsurprisingly, it has more of a complicated rule system than the other games (which are all Powered by the Apocalypse).

Monsterhearts by Avery Alder is one of my favourite RPGs. It’s an urban fantasy about teenage monsters. As you might expect, teenage sexuality is an important element of the game. This may be why it is the first (and, so far, only) game I’ve ever seen discuss asexuality and allows space for that within the rules. It is also built around the premise that everyone is fundamentally bisexual and can be turned on by characters of any gender–though players always retain the choice of whether they wish to act on these feelings.

Night Witches by Jason Morningstar. Set in WW2, players are members of the all-female 588th Night Bomber Regiment in the Russian Army. The game touches on the discrepancy between the Soviet philosophy of equality and how the women were actually treated. It also explicitly mentions queer relationships and one of the playbooks allows for a genderqueer character.

The Watch by Anna Kreider and Andrew Medeiros. A low magic fantasy wherein a mystical enemy known as the Shadow invades. Able to enter and subvert the minds of its enemies, the Shadow is particularly effective against men. It’s up to women and non-binary femmes to form the Watch and defend their lands. This is another game still in production, but you can still check out their Kickstarter. I appreciate the explicit inclusion of non-binary femmes in their pitch. The game also looks like it will have some mechanisms which deal with mental health.

These games have diversity and inclusivity baked into their premise and mechanisms. While I will always value these sorts of games the most, they’re not the only way of promoting diversity in RPGs. As I mentioned in the panel, simply including diverse people in the accompanying artwork can go some way towards fostering an inclusive environment. The fifth edition of Dungeons and Dragons has made some improvements in this fashion (even if the setting retains some problematic elements).

The games I’ve mentioned here are surely just the tip of the iceberg. If you’re a keen tabletop RPGer, I’d love to hear from you: Which feminist RPGs have you discovered?