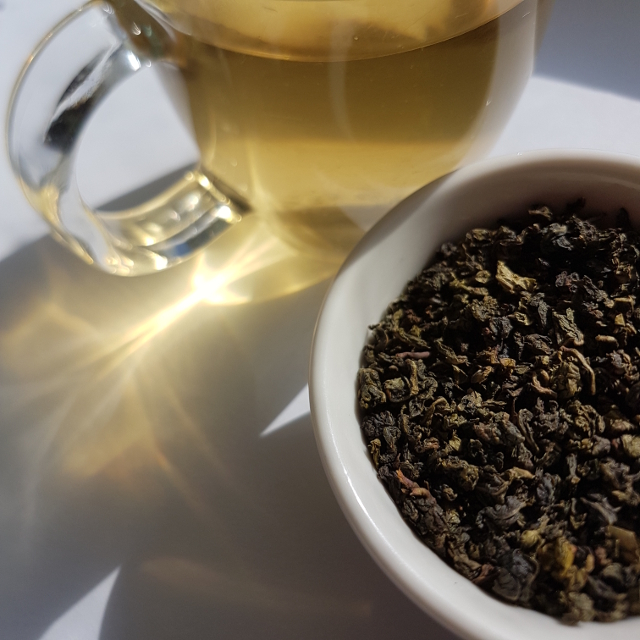 Loose-leaf Links is a feature where I gather together the interesting bits and pieces on sci-fi, fantasy and romance I’ve come across and share them with you over tea. Today’s tea is Milky Oolong from the Tea Centre. It’s a light, sweet tea with a creamy flavour (as the name suggests), making it lovely for after dinner.

The judging panels for the 2017 Aurealis Awards have been announced. Good luck to those participating! I hope you have fun with it.

The shortlist for the 2017 Clarke Award has been released.

Over at Rocket Stack Rank, Greg Hullender takes a detailed look at the efficiency of methods to block slate voting in the Hugo Awards.

Nominations for the inaugural Defying Doomsday Award are now open. Made possible by a donation from D. Franklin, the award is in recognition of disability advocacy in SFF literature. The award will be judged by Alisa Krasnostein, Tsana Dolichva and Holly Kench, who were respectively the publisher and editors of the Defying Doomsday anthology.

M.C.A Hogarth has stepped down from her position as Vice President of the Science Fiction Writers of America. The SFWA will be holding elections for new officers this month.

A few more reactions to the Odyssey Con debacle: Michi Trota explains how “professional” and “volunteer-run” are not mutually exclusive and how both should mean the safety of guests; SFWA President Cat Rambo ponders some approaches to changing the “missing stair” approach to serial harassers in SFF communities.

Natalie Luhrs discusses failures of empathy in relation to call-outs about unprofessional behaviour. This comes in the wake of a couple of authors complaining about copyeditors erasing non-binary characters in their stories by removing the singular use of “they” from manuscripts.

Over on Fantasy Cafe, Nisi Shawl discusses the erasure of older women as characters and authors.

Writers have just a couple of days to submit to Luna Station Quarterly before their deadline for Issue 31 closes. Stories should be 500-7000 words.

Arsenika are also open for poetry and flash fiction until 15 June.

Self-published authors with stand-alone or first books in a series might be interested in entering Mark Lawrence’s third Self-Published Fantasy Blog-Off. Katharine of Ventureadlaxre is one of this year’s judges. Entries close 1 July.

The next Dewey’s Read-a-thon will take place on 21 October, so mark it in your calendar!

The first four volumes of Amanda Bridgeman’s Aurora series (reviewed here) is now being offered as a boxed set.

And lastly (just for fun), Ann Leckie reviews some blends from Adagio Teas.