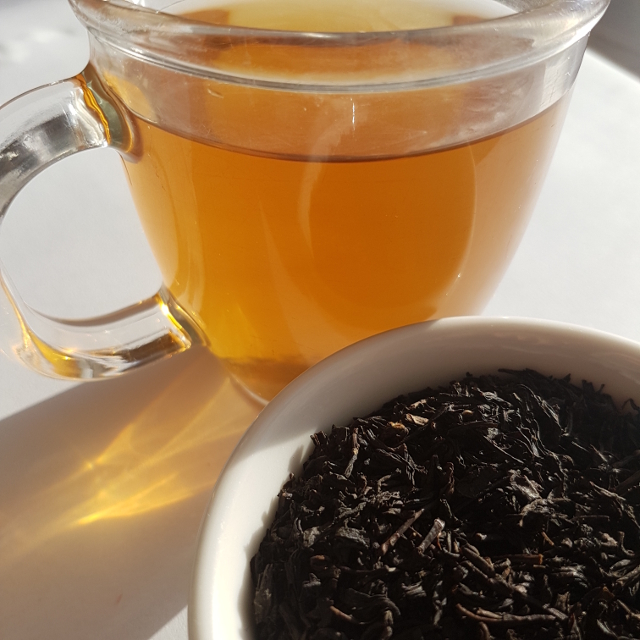 Loose-leaf Links is a feature where I gather together the interesting bits and pieces on sci-fi, fantasy and romance I’ve come across and share them with you over tea. Today’s tea is Lapsang Souchong from T2. The cooler weather always has me craving smoked teas and this is one of the more smoky varieties.

As previously mentioned, the winners of the 2016 Aurealis Awards were announced earlier this month. Congratulations once again to both the winners and nominees!

But there’s no rest for the wicked, I’m afraid. The organisers already have a call out for 2017 judges. I admit that for a hot minute I was tempted to sign up again, despite what I said about needing some time to recover.

The shortlists for the Sir Julius Vogel Awards have been released. If you’re looking to explore New Zealand SFF, this is a good doorway.

The ballot for the Hugo Awards has changed slightly. Alex Garner stepped down as a nominee for Best Fan Artist on account of being ineligible. He has been replaced by Steve Stiles.

The British Science Fiction Association announced the winners of the 2016 BSFA Awards.

The new design for the World Fantasy Awards was released this month and it looks gorgeous. It’s definitely an improvement on the bust of H.P. Lovecraft, which looked like it would live on for a while in the nomination pins. Fortunately, it has been announced that the pins will also be retired, perhaps in response to Nalo Hopkinson’s refusal to continue as a WFA judge while the pins were in use.

Congratulations to Donna Maree Hanson who won the GUFF race and will be heading to Helsinki for Worldcon 75!

The results of the NAFF race were also announced. Fe Waters will be attending the Australian Natcon, Continuum 13.

Bidding for Con or Bust’s annual auction has begun. Con or Bust helps POC fans attend conventions around the world. Among their auction items this year is an ARC of Ann Leckie’s forthcoming novel Provenance.

Odyssey Con have been in the news recently for all the wrong reasons. It began when Monica Valentinelli withdrew as a Guest of Honour due to the presence of Jim Frenkel, a known serial harasser, on the convention committee. Jim C. Hines details some of Frenkel’s history, while Mary Robinette Kowal has some strong words on the situation. Valentinelli’s withdrawal and the subsequent uproar also led to the withdrawal of the other two Guests of Honour: Tad Williams and Christopher R. Mihm. Despite this, Odyssey Con have decided the show must go on and have recruited two new Guests of Honour.

Brianna Wu weighs in on the Odyssey Con situation, examining the sexist parallels between the SFF community and the gaming community.

Fantasy Cafe continue their excellent Women in SFF Month with a post from Danya from Fine Print about menstruation in fantasy novels, and one from S. Jae-Jones about being an Asian-American writer who doesn’t write about being Asian.

Chuck Wendig shares what he has learned about writing.

Over on Twitter, Hugo nominee Alyssa Wong has pulled together a thread of essays she recommends for writers.

As another of Fantasy Cafe’s guest posts, Fran Wilde discusses shifting POVs between books in a series.

Amanda Pillar is offering a limited edition boxed set of her Graced series.

Kate Sloan explains how reading erotica can be great for your mental health.