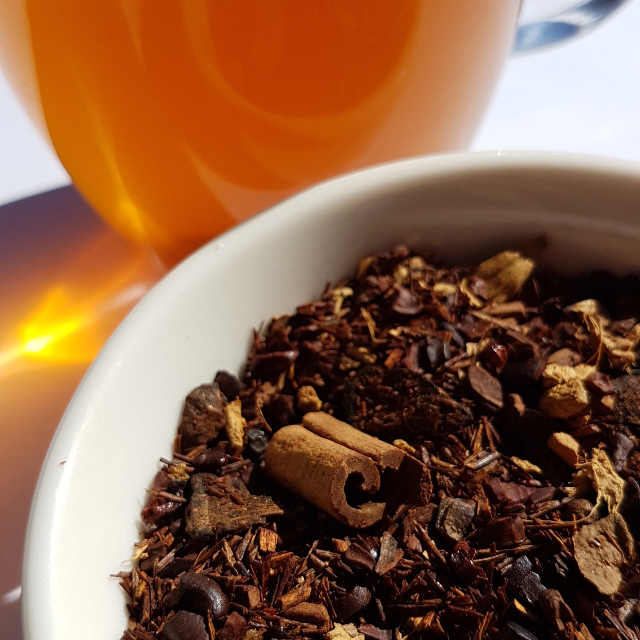 Loose-leaf Links is a feature where I gather together the interesting bits and pieces on sci-fi, fantasy and romance I’ve come across and share them with you over tea. Today’s tea is Neo Australia’s Chocolate Dream. It’s a sweet rooibos blend, with cinnamon, cardamom, ginger and cocoa nibs. Fans of chai are sure to enjoy it and it takes milk.

A reminder that voting for the Get Up-and-over Fan Fund closes on 17 April. GUFF will send one delegate to Worldcon in Helsinki in August. If you still haven’t voted and are having trouble deciding on a candidate, you can check out my series of interviews with them.

GUFF isn’t the only fan fund race wrapping up in the next week. Voting for the National Australian Fan Fund closes 16 April. NAFF will send one Australian fan to the Natcon, which will be Continuum held in Melbourne in June.

The shortlists for the 2017 Hugo Awards were released last week. Congratulations to all the nominees! If, like me, you’re planning on consuming as much of the work on these lists as possible before voting, File 770 has a post on where you can find them online for free.

The African Speculative Fiction Society has released the shortlists for the inaugural Nommo Awards.

Ann Leckie has donated an ARC of her forthcoming novel Provenance to Con or Bust, an organisation that helps PoC get to SFF conventions.

Niall Harrison has announced he’s stepping down as editor-in-chief of Strange Horizons.

Fantasy Cafe is running their annual Women in SFF month, with some great guest posts from Renay of Lady Business and Rin Chupeco, author of The Bone Witch, among others.

A reminder that Lightspeed Magazine is currently open for fantasy submissions.

Dave Versace discusses the importance of managing the rights to your stories.

KJ Charles talks about the suspension of disbelief, particularly in relation to animation and SFF.

The next Dewey’s Read-a-thon will take place on 29-30 April. If you’re interested in participating as a reader or a volunteer, you can sign up now!

Apex Magazine are currently holding a funding drive with some fantastic stretch goals.

Strange Horizons have just launched an imprint called Samovar, which will be a quarterly magazine of and about translated speculative fiction. As a dedicated tea drinker, I approve of the title.

Tsana Dolichva has a focus piece on horror over at the Australian Women Writers blog.

Ticonderoga Publications have released the contributors to their forthcoming Ecopunk! anthology.

It has been a busy week for TPP, who also announced their Year’s Best YA Speculative Fiction series is being discontinued. However, readers may be consoled by the news that they’re going to be launching Titania, a new imprint for readers aged 3-13.