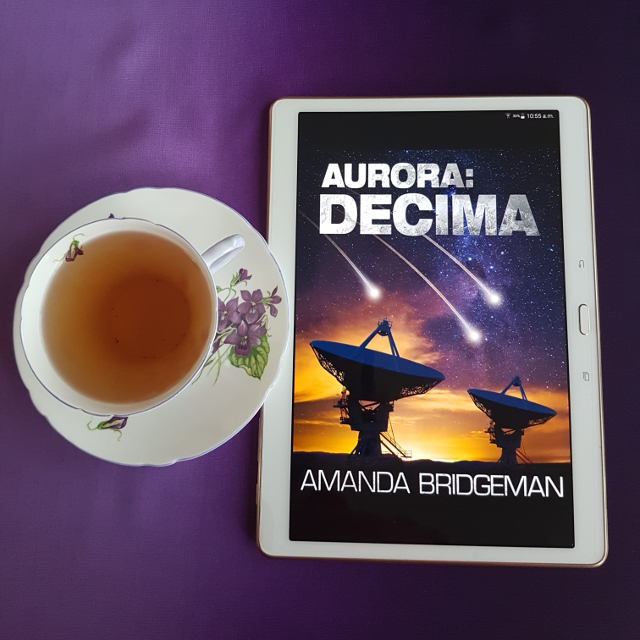 Carrie Welles has survived more attacks than she can count, but each one has made her stronger. She refuses to be a victim anymore. While her nemesis, Sharley, continues to be a threat, she works with Harris and the Aurora team to protect the future, vowing to raise her children and fight as the soldier-mother she was destined to be.

Saul Harris has had visions of the Zeta ships hitting Earth years before they’re due, but has no proof to warn the UNF. Scraping together a small contingent of Alpha units, he prepares for the onslaught as best he can. He embraces his gift and connection with Welles and they dig further into his ancestry, only to have more haunting truths come to light.

As the invasion approaches, the new Aurora team members must find their place in the crew, while old team members reunite. They must band together with the Originals and their fellow Space and Earth Duty troops if they are to defend Earth against this attack.

But is it too little too late? Have Harris and Carrie done enough to protect their future? As they fight for survival against the Zetas in a battle that stretches across the UNF Space Zone, they soon realise the price of their freedom might be higher than they were expecting to pay.

I read the first five books of the Aurora series in quick succession, so Aurora: Decima is the first book in the series I’ve had to wait for. Even though it has been a little over a year, the author managed to draw me back into the world without too much trouble. However, as the sixth book in the series, I wouldn’t recommend it for new readers–too much has happened by this point. Even as a returning reader, there were a few points at which I wished for a cast list.

Having said that, I rather enjoyed the dynamism of the cast and particularly enjoyed the addition of a few new characters. Carrie’s home, the Fortress, is run by an AI called Archie. There were a few moments when Archie displayed quite the sense of humour and its personality remains distinct throughout the book. New crew member Tikaani also displayed a sense of humour. However, while it was nice to see another woman on board the Aurora (and a Inuit woman to boot), she seemed mostly a place-filler and we never really got to know her beyond the superficial.

There was some nice development of existing characters. Carrie and Captain Harris have matured nicely, turning their arrogance into confidence. Lieutenant Gold also makes a return and plays a key role in the story.

The structure has improved on previous books. The beginning remains a little slow to get going. While the prologue recapped some useful information, the similarities in character motivation between the prologue and the first chapter gave a feeling of redundancy. There were also a few times in the early parts of the books where the story felt like it was treading water–particularly concerning the relationship between Carrie and McKinley, and between Captain Harris and his son. However, that quickly improved. Dividing the story into parts gave a smoother feeling to the time jumps (which were significant in places). Previous books in the series have had a bit of a drawn-out ending, which I was also pleased to see Decima avoided. The tension really ratchets up in the second half and I found the finale nicely paced.

While the structure was tighter, I found the prose still a bit clunky in places. The uses of the terms Alpha and Jumbo were a bit excessive, beating the reader over the head with the fact that most of the characters are no longer human rather than trusting the reader to keep in mind the differences between the humans and the super-soldiers.

The story continues to be very heteronormative (with one very minor exception) and gender binary. However, within that it does some interesting things with the themes of bodily autonomy and reproductive rights. I appreciated the way it gender-flipped one of the prominent themes of the series and began to examine it from a new angle. I very much hope to see more of this in the next book.

Overall, Aurora: Decima makes an excellent addition to the series and well worth the read.