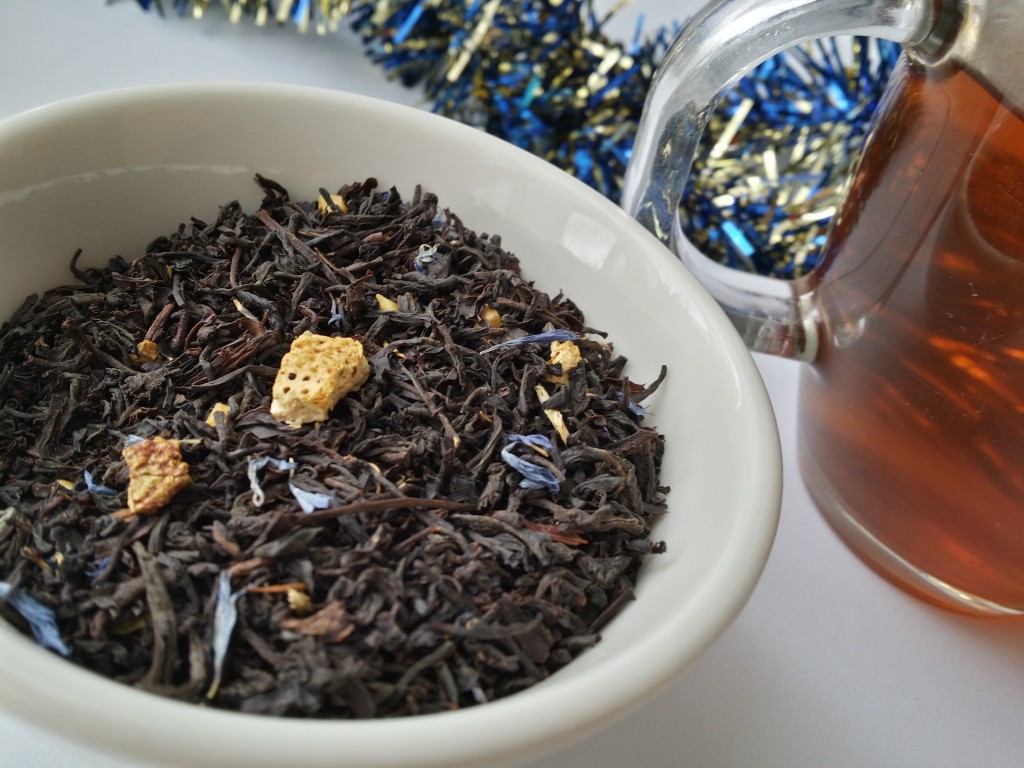 There won’t be a Loose-leaf Links post for December. This month’s schedule is a bit shorter than usual because Earl Grey Editing will be closed from 24 December until 4 January. That makes this my last post of the year. So along with the sight of this tasty Christmas tea blend from The Tea Centre, I thought I would leave you with some of my favourite reads from 2015. These are not books that were necessarily published this year, just read by me this year. In the approximate order I read them:

Saga by Brian K. Vaughan and Fiona Staples. A space opera graphic novel series. A couple from opposite sides of a war go on the run after falling in love and having a baby. A bit on the vulgar side but some very snappy storytelling. Reviewed here.

Unbound and Free by Becca Lusher. A historical fantasy set in Roman Britain. I love all of Becca’s Tales of the Aekhartain but this was her strongest so far. If you’re looking to pick up a copy, it’s currently on sale. Reviewed here.

Graced by Amanda Pillar. Part urban fantasy, part Regency romance. I liked the diversity amongst the cast and was thrilled to hear a prequel can currently be pre-ordered on Amazon. My review of Graced can be read here.

Kaleidoscope edited by Alisa Krasnostein and Julia Rios. An anthology of diverse SFF stories. They weren’t all to my taste, but it was a strong anthology. Reviewed here.

A Charm of Magpies by KJ Charles. Regency m/m romance meets supernatural mystery. This series has been consistently fantastic and such a delight to read. I’m rather sad I don’t have much of it left. My review of the first book, The Magpie Lord can be read here.

Rat Queens by Kurtis Wiebe, Roc Upchurch & Stjepan Sejic. A graphic novel fantasy series about an all-female band of adventurers. Each of the Rat Queens carries her own baggage but they support each other without hesitation or reservation. They also do a great job of kicking ass. My review of the first volume can be read here.

The Tribe by Ambelin Kwaymullina. A post-apocalyptic YA where people with superpowers are rounded up and sent to camps. The Tribe have managed to escape and plan a rebellion from their forest home. As well as being an epic adventure, it has some keen commentary on the state of human rights and inclusion in Australia. Reviewed here.

Uprooted by Naomi Novik. A fairytale that borrows elements from Beauty and the Beast and Pride and Prejudice but still manages to be its own story. I couldn’t put it down. Reviewed here.

The Wyrd by Alis Franklin. Urban fantasy with m/m romance, Norse gods and an Australian setting. It nails geek culture and has a sly sense of humour. What’s not to love? I’m really looking forward to the third book.

Blackthorn & Grim by Juliet Marillier. A historical fantasy series with strong fairytale elements. Like The Court of Five Thrones, it handles themes of trauma in a beautifully mature way. The strong, platonic relationship between the main characters also makes the series a gem. My review of the second book, Tower of Thorns, can be read here.

Thorn by Intisar Khanini. A gorgeous fairytale retelling of the Goose Girl that deals with family abuse, class divides and the devaluing of women’s voices. It almost broke my heart in places. Reviewed here.

Newsflesh by Mira Grant. A zombie apocalypse trilogy that’s more sci-fi suspense than horror. When it was first recommended to me, I was sceptical as to whether I’d like it. I ended up devouring the last two books in three days.

Ancillary Justice by Ann Leckie. A brilliant sci-fi about an AI seeking revenge. It does amazing things with its writing style and demands that you pay attention. I’m glad I have the next one on Mt TBR already. Reviewed here.

Before I sign off, a quick reminder to Australian fans that today is the last day you can vote in the NAFF race. As a candidate, I’d really appreciate your support.

Also, if my post on the Bout of Books reading challenge intrigued you, sign-ups are now open!

I hope those of you who are celebrating at this time of the year have a wonderful holiday. May the new year bring you an abundance of tea and books. I look forward to seeing you in 2016.