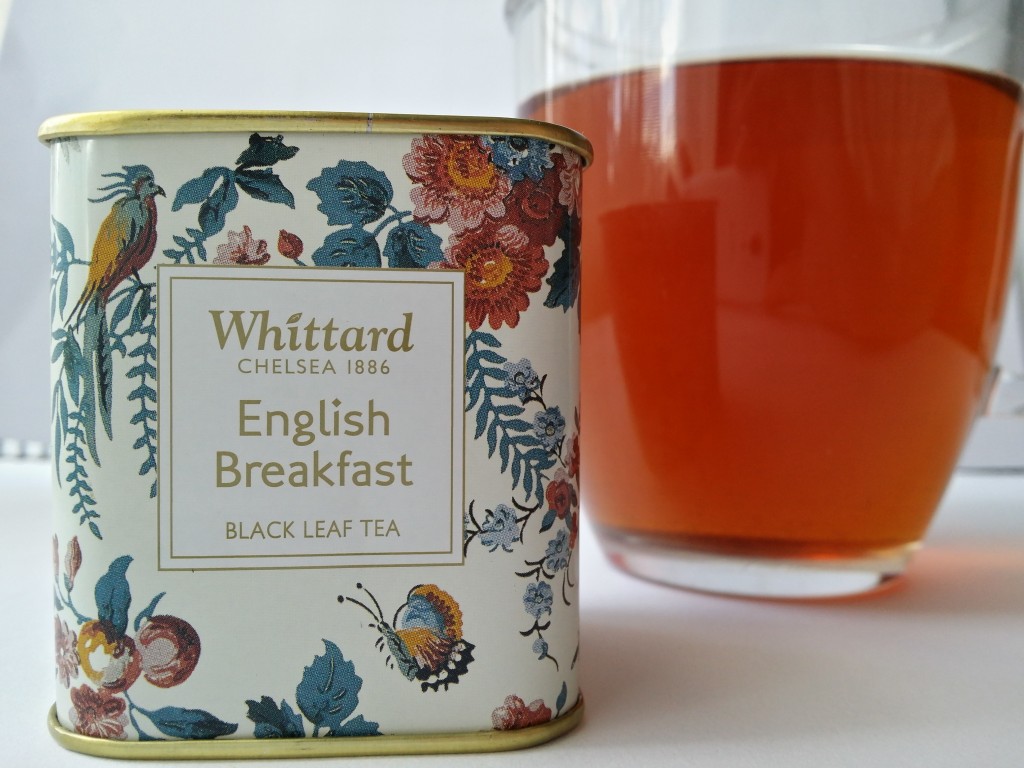 Loose-leaf Links is a feature where I gather together the interesting bits and pieces I’ve come across in the last month and share them with you over tea.

This month’s tea is a classic English Breakfast, the last of the Whittard’s tins brought back from England as a souvenir for me. A solid flavour without being harsh and it brews into such an amazing colour!

The winners of the 2015 Tiptree Fellowships were announced this month. The Fellowships are designed to promote “…the development of new work, in any form or genre, that uses speculative narrative to expand or explore our understanding of gender, especially in its intersections with race, nationality, class, disability, sexuality, age, and other categories of identification and structures of power.”

Until 31 December, the Aurealis Awards are seeking submissions for the Convenor’s Award for Excellence.

The Convenors’ Award for Excellence is awarded at the discretion of the convenors for a particular achievement in speculative fiction or related areas in that year that cannot otherwise by judged for the Aurealis Awards.

This award can be given to a work of non-fiction, artwork, film, television, electronic or multimedia work, or one that brings credit or attention to the speculative fiction genres.

The 2016 Aurealis Awards will be taking place at Contact, the Natcon for the year.

Nominations are also open for the 2015 Nebula Awards. If you are an active member of SFWA, you have until 15 February to nominate. If you’re not sure what to nominate (or are just looking to do terrible things to Mt TBR), try this list of eligible work.

The Hugo Awards are holding a competition to design the base of the 2016 Hugo Award. The deadline closes 18 January.

The winners of the 2015 World Fantasy Awards were announced earlier this month. I was particularly pleased to see Australia represented by Angela Slatter who tied with Helen Marshall for Best Collection.

It has been revealed that the World Fantasy Awards are also undergoing a redesign and as of next year will no longer feature the bust of H.P Lovecraft. Lovecraft’s vehemently racist outlook has long made the design of the award a contentious one.

The WFA administration are taking applications from 3D artists interested in undertaking the redesign. The deadline closes 2 April.

N.K. Jemisin expresses her relief at news of the WFA redesign and touches on the racist legacy behind some of the most prominent SFF awards.

Kayla Whaley discusses the erasure of disability in diversity discussions.

The 2015 World Fantasy Convention did a very poor job of accommodating its disabled participants, as Mari Ness reports.

Mary Robinette Kowal shares some thoughts on accessibility at some of the recent conventions she has attended. It was nice to see her praise GenreCon, which took place in Brisbane at the end of last month. However, conventions still have a way to go towards being completely accessible, as Nalini at Dark Matter Zine reminds. To encourage improvements, Mary Robinette Kowal has created the SFF Convention Accessibility Pledge.

To return to GenreCon, all seven special guests were female. Organiser Peter Ball discusses his thoughts on GenreCon’s gender balance.

Over on Barnes and Noble, Kate Elliott shares 10 fantasy novels whose depictions of women didn’t make her want to smash things.

The Australian National University’s Gender Institute is funding two internships with the Stella Prize to conduct a quantitative analysis of the representation of women in Australian publications. If you are an ANU student, you have until 15 December to apply.

I noted last month that there were a number of major publishers open for submission. Jason Nahrung has compiled a handy list which includes a few I missed.

Lightspeed Magazine are open to submissions for their People of Colour Destroy Science Fiction issue until 19 February.

Books of the Dead Press are also taking submissions for their anthology Suspended in Dusk 2.

This ties in with a post from KJ Charles on the myth that writers are not team players. No matter what publishing route authors take, they are supported by a lot of people… who get let down when an author doesn’t do the right thing. She discusses this in relation to Laura Harper, who plagiarised from a number of m/f romance writers by repackaging their work as m/m romances and self-publishing them.

National Novel Writing Month is underway throughout November. For those unfamiliar with the event, writers are challenged to produce 50,000 words in 30 days. There is frequent debate over whether 50,000 words constitutes a novel. Peter Ball weighs in with a reminder that the answer depends on the genre in which you are writing.

The structure of NaNoWriMo encourages writers to write every day. However, Alan Baxter offers some thoughts on the importance of self-care and time off.

Mary Robinette Kowal shares an insightful post on writers block and how sometimes it is really depression.

Kelly Sedinger discusses his thoughts on the value of fanfiction and writing as play.

Tor.com has an excellent article on the line between grimdark and horror.

John Scalzi feels it’s perfectly acceptable each generation to have its own favourite SFF authors, rather than clinging to those of previous generations.

Orbit US is increasing the number of books it publishes annually to 90.

The Booksmugglers are taking subscriptions for their Spindle City Serial–a series where fairytale meets noir.

They’ve also announced they will be publishing a new short story from Kate Elliott in December.